Edmarla Schot was born in 1989 in Rotterdam. As a child she attended the A.J. Schreuder school, where her talent for drawing and painting was discovered. After an apprenticeship at Atelier Herenplaats in 2008 she decided to devote herself completely to drawing. Edmarla is a creative young woman with a disciplined way of working. Every morning she sits behind her drawing table and steadily works with concentration on her colourful world on paper.

Edmarla never has a lack of inspiration. Her artwork until now mostly consisted of drawings on paper, using pencil and acrylics, and some canvases and collages.
She has a figurative way of drawing and selects themes such as amusements parks, fairy tales (that she sometimes makes up herself), holidays, colorful cottages in Suriname and portraits.
With just a few lines Edmarla is able to draw faces that are full of expression. She has a large imagination and always participates in the lessons given at the Herenplaats. She is mainly interested in developing her collage techniques and drawing models.
Besides that she loves to go outside, to the harbours and museums, to make sketches and to be inspired. 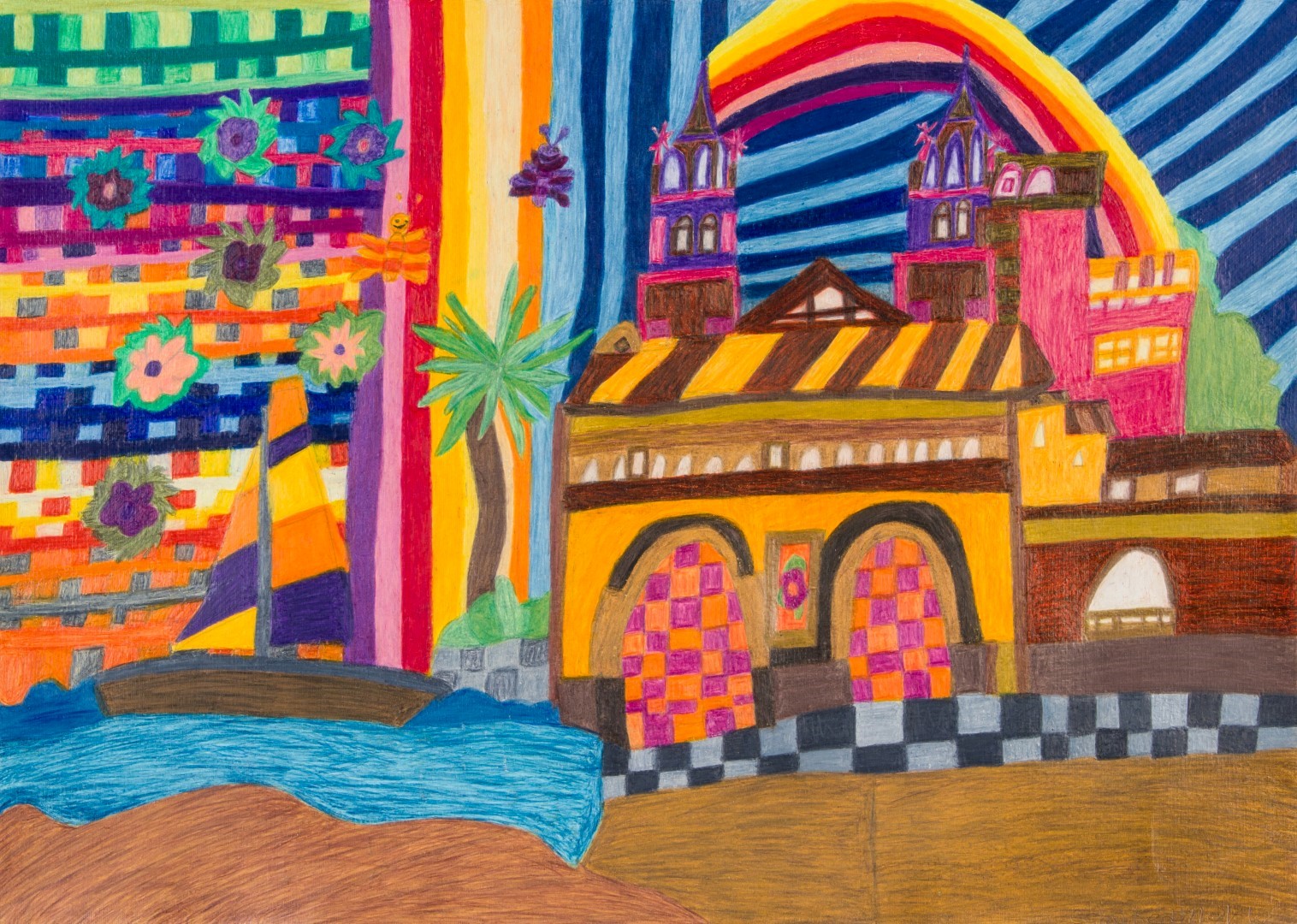 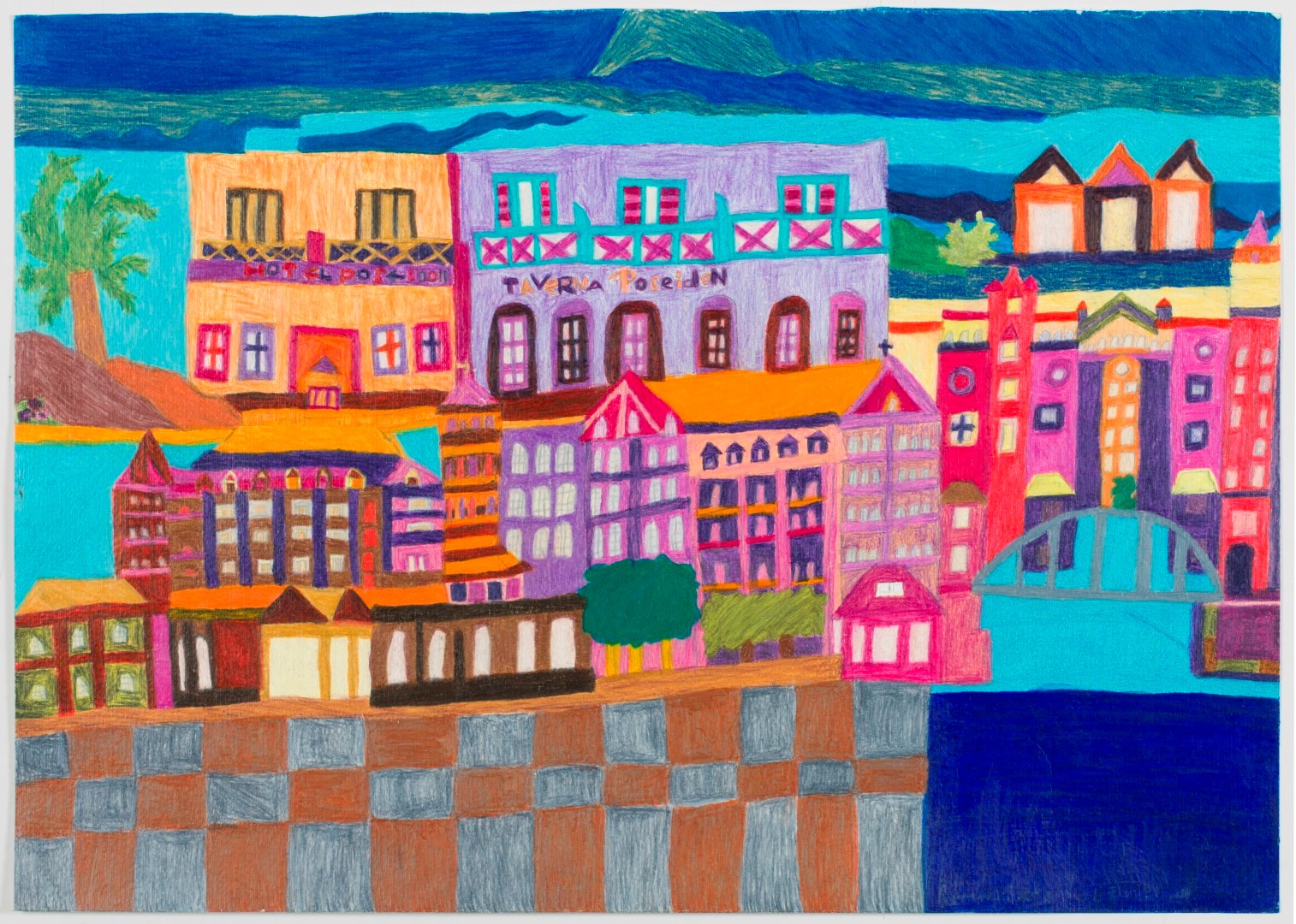 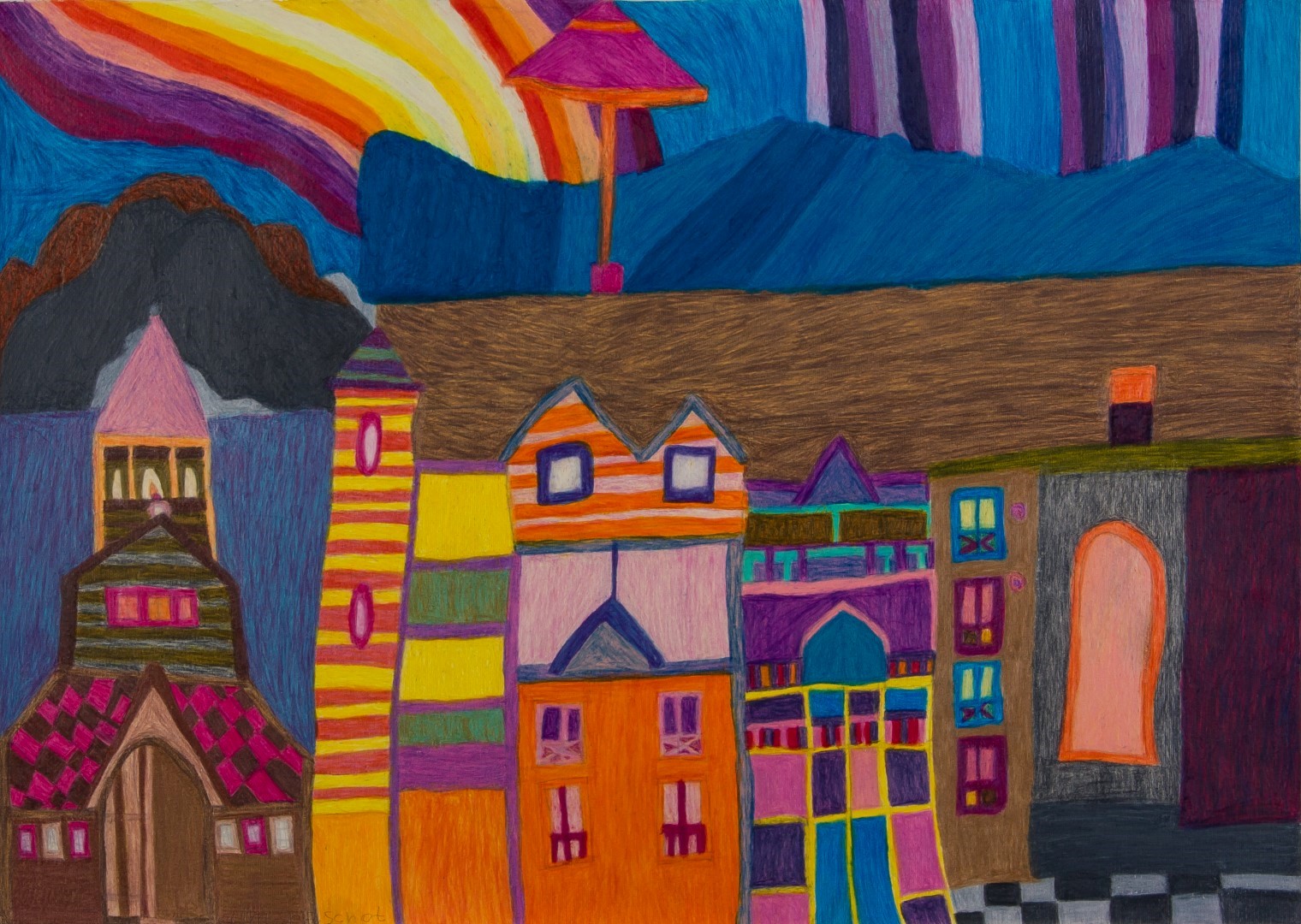