Hein is fascinated by primitive societies: Sudan blacks from South Nigeria, Tutsis from Rwanda, Polynesians from the Marquesas Islands and especially Aborigines, the native inhabitants of Australia. ‘The 9th Arunta Aboriginal, not only muscular, but also as strong as an ox’, is written under one of Hein’s drawings. And this is what Hein’s native peoples look like: in impressive bodybuilding poses they proudly display their excessive bundles of muscles over which run swollen blood vessels a finger thick. Their extremely large members loftily stand upright at the peak of their potency. Sometimes a Yin Yang ball springs out. ‘That’s to give sex a bit of humour.’

Hein made his first bodybuilders when he was thirteen, inspired by hunks in comic strips such as Suske en Wiske, Asterix and Tarzan. When the school lessons were boring, he would draw so-called ‘little one or two minute figures’ of a couple of centimetres in his diary. In the course of weeks, months and years, they grew in size and detail: the wild frizzy hair became finer, the chest broader, the waist smaller and the muscles more substantial. In his homework about the European seas, Hein drew an Aboriginal figure skating; his right leg, high in the air, pointed to the Caspian Sea.
In Hein’s early work, the large phalluses are not so prominently in view. Initially they were hidden behind tough heavy metal guitars, which appear to be as much a symbol of male potency as the current ‘ricos’ (as Hein calls them) are. These have developed into an extreme size and reach well above navel height, because they have been ‘inviagrated by an overdose of Viagra pills’.

Usually Hein provides his work with long titles in which the name and surname of the folk and tribe are mentioned. As a joke, now and then he gives the name of a band or a friend to the painting. Sometimes Hein also names his figures after himself. ‘That is perhaps what I would like to look like, but then to a lesser degree.’ Hein says he draws his potential alter egos as a form of sexual release. ‘Because of a light form of handicap it’s difficult for me to get a girl: making contact’s a problem, a sort of shyness. I draw as an outlet for my sexual needs.’

A second way in which Hein releases tension is by means of the weather. A fanatic amateur meteorologist, he closely follows the weather reports on the radio and conducts his own forecasts on the balcony. He becomes very excited in storms and thundery shows. ‘The whole lot fascinates me: the atmosphere, the beautiful skies, the bolts of lighting, the noise.’ He makes recordings with a MD recorder, and listens to them on his walkman. ‘I love thunder. The release of a thunderstorm makes me restful’. In Hein’s recent work, weather plays an increasingly frequent role. Sometimes it is in the background in the form of a mass of clouds, sometimes as a central image such as in a painting about the eclipse and his etchings of tournedos.

Recently, Hein has made many water colours of Polynesians. In a traditional manner he decorates these people with tattoos. In Hein’s work these islanders are covered with blue ink from top to toe. Various tattoos are also displayed on Hein’s body. Several years ago he had a large Montezuma-like image tattooed on his back and on the inside of his lower arm there is a Maori of his own design.

2002  “Folly Drawings”, history of the outsider art by Frits Gronert 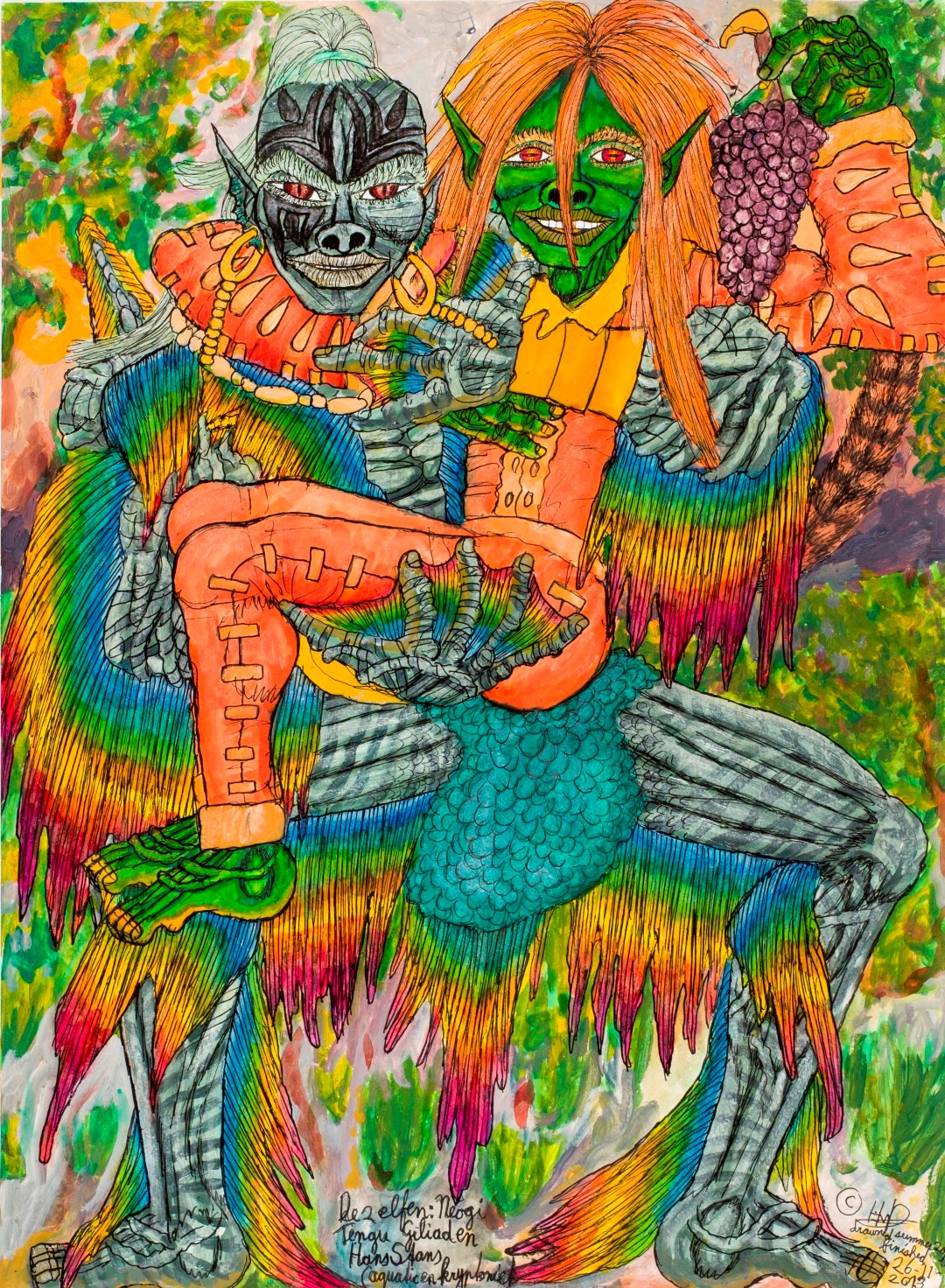 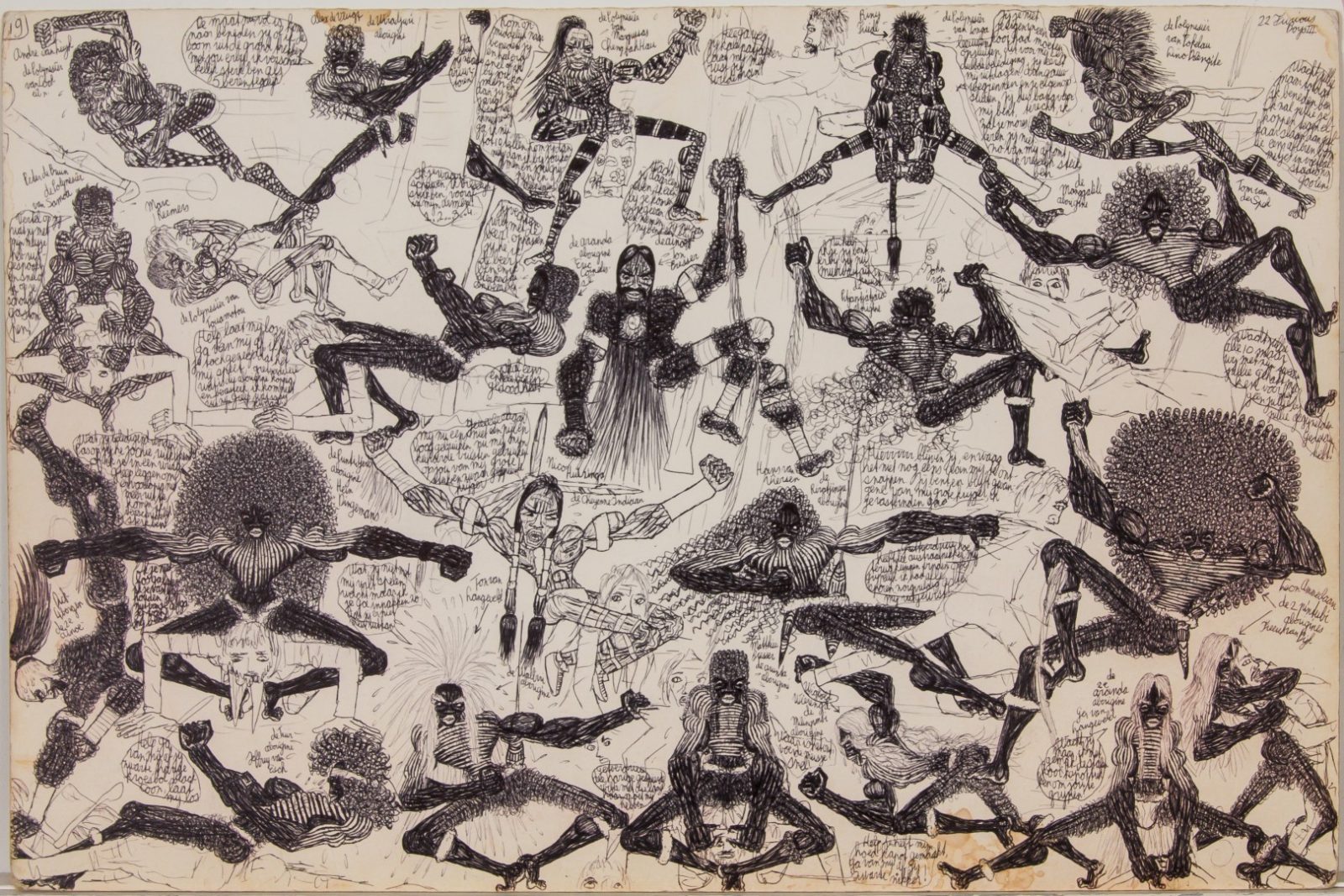 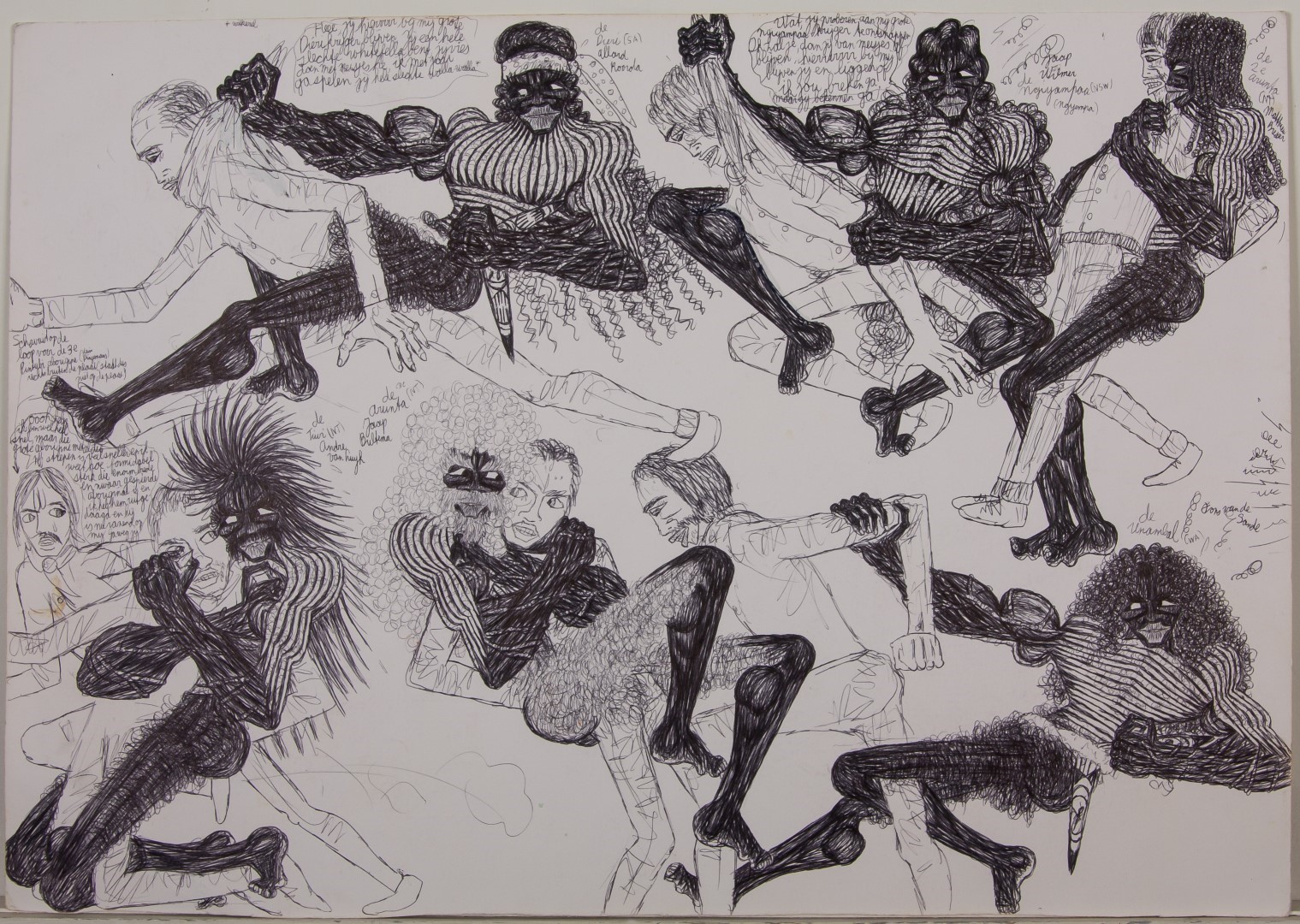 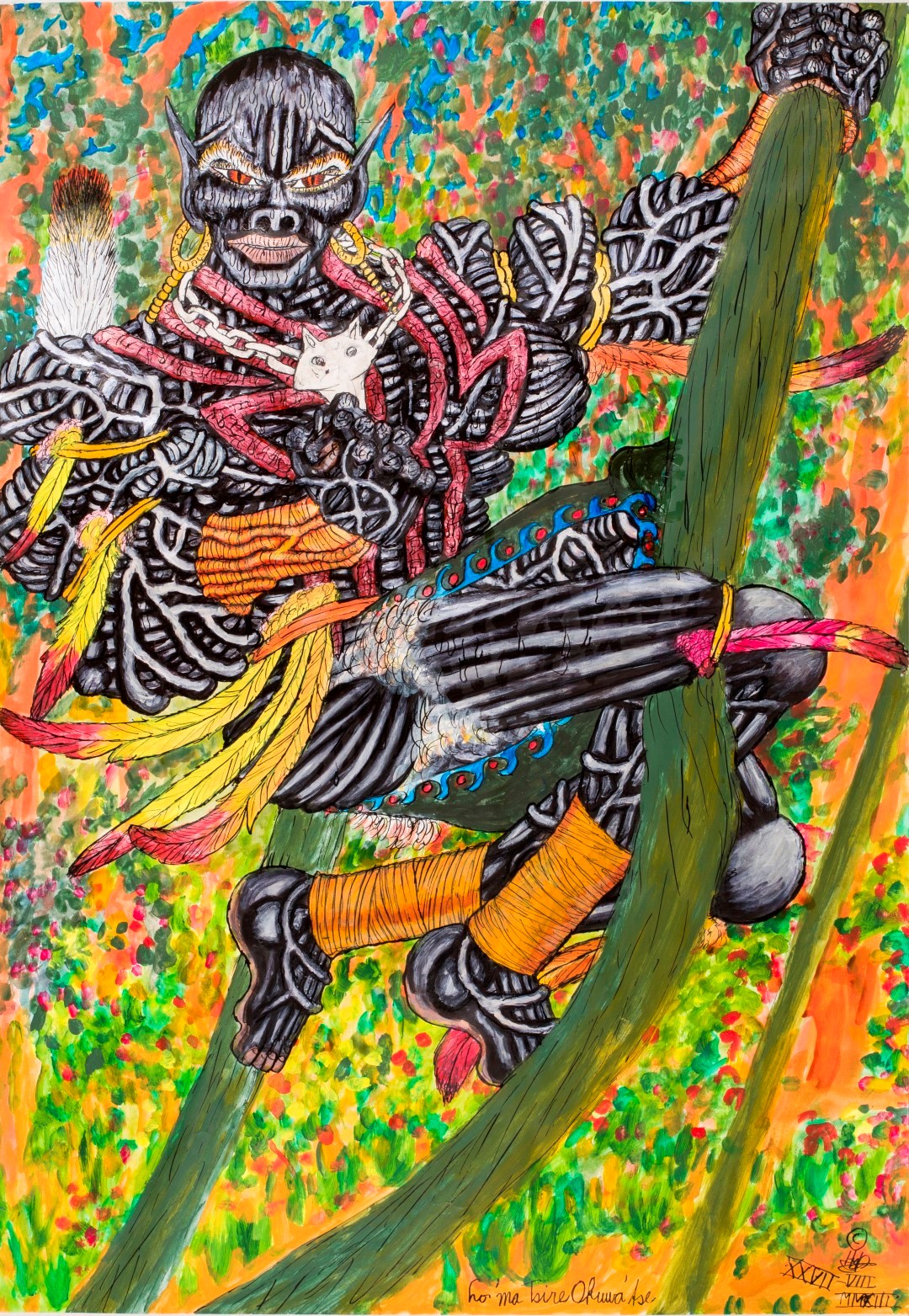