Leafing through Jaco Kranendonk’s photo album, his brother Evert talks about earlier days. “When we went on holiday we rented canoes and went onto the water, I was fully occupied with the oars, but Jaco sat quietly staring ahead: it wasn’t a canoe, but a bus or tram, maybe it was a ship sailing out of the port with Jaco as captain.”

Jaco was born in 1951. As a child he grew up in amongst the ships of the Heijplaat harbour, where his father was head of the forge at the RDM (Rotterdamse Droogdok Maatschappij, Rotterdam dry dock company). If a ship glided down the slipway, the whole village came to a standstill and the children were free from school.

Jaco was very ill as a child, and was not spared a single childhood illness. Until he was 13, his bed was frequently placed in the living room. Between bouts of illness Jaco attended the village primary school which he completed after repeating one year.
Subsequently, a three year secondary education course in Pernis was selected, specialising in administration. Despite considerable support from his parents, this was not very successful. Jaco did obtain his typing diploma in this period. It was at this school that his fascination for bus, tram and train originated. Together with two friends he made countless trips by public transport. Jaco played with the hand-outs provided by the RET (Rotterdamse Electrische Tram, Rotterdam Electric Tram, Rotterdam’s public transport company), in which every tram and bus crash and the damage was described, and he is still fully acquainted with the ups and down of the RET. Jaco’s mother was happy that her son had a “normal” hobby. As it happens, there are apparently quite a lot of people who are under the spell of public transport.

The family moved to Rhoon and Jaco got a job as office junior in a shipping company where he carried out simple tidying jobs and typing work. After about a year Jaco became quiet and distant. He came home from work far too early, was difficult to approach and very emotional. He was apparently too much of an “outsider” in the company and after two and half years of working there he was made redundant. A difficult time commenced for the family. His father tried to arrange a job for him at the RET, but it was in vain. Finally Jaco ended up at the social work creation scheme, but there were also problems there. Finally, admission to a psychiatric hospital was inevitable. Jaco stayed there from 1973 for three years, where he was treated with behavioural therapy and medication.

His brother Evert still remembers this time very well. He says: “When we went to the seaside at Rockanje during the holidays, Jaco barely dared to walk on the beach. He was so scared of all the people that he met”.

The medication that Jaco was treated with, started to be effective, but he will have to take them for the rest of his life. For Jaco, this was the beginning of a life in care institutions. Jaco delivered the internal post for the Pameijer Foundation in various locations in Rotterdam. To do this, he used public transport. The whole day he travelled by tram, metro and bus through the city: finally he had a job which he enjoyed. Rotterdam is a city in development, high buildings were appearing everywhere, new bridges over the River Maas and metro lines were expanding under the ground. At the Pameijer Foundation’s day centre Jaco enjoyed drawing and when in 1991 the Atelier Herenplaats opened, Jaco was one of the first participants. Since then, he draws and paints continuously from the morning till the afternoon, five days a week. Now Jaco is at the Atelier everyday, he is never ill.

His paintings are populated with a continual stream of cars, buses, trams and metros which worm their way under and above the city’s buildings. The metropolis of Rotterdam offers a gigantic wealth of images which Jaco has stored in his memory. The city in the past and the present merge with each other. You come across the Maas bridge, the Willems bridge and the Erasmus bridge in the same painting. Lumps of paint are ships sailing through the harbour. Every work of art is an area in or around Rotterdam, and the titles indicate the place in question. The dynamics in his work are vast. In a series of etchings, Jaco demonstrates that he can express himself well in this technique too. In the etching ‘the Stena line’ you feel this artist’s desire to sail into the harbour of Rotterdam as captain.

Jaco Kranendonk works no longer at Herenplaats since 2009.

2002  “Folly Drawings”, History about the in-en outsiders in de art by Frits Gronert 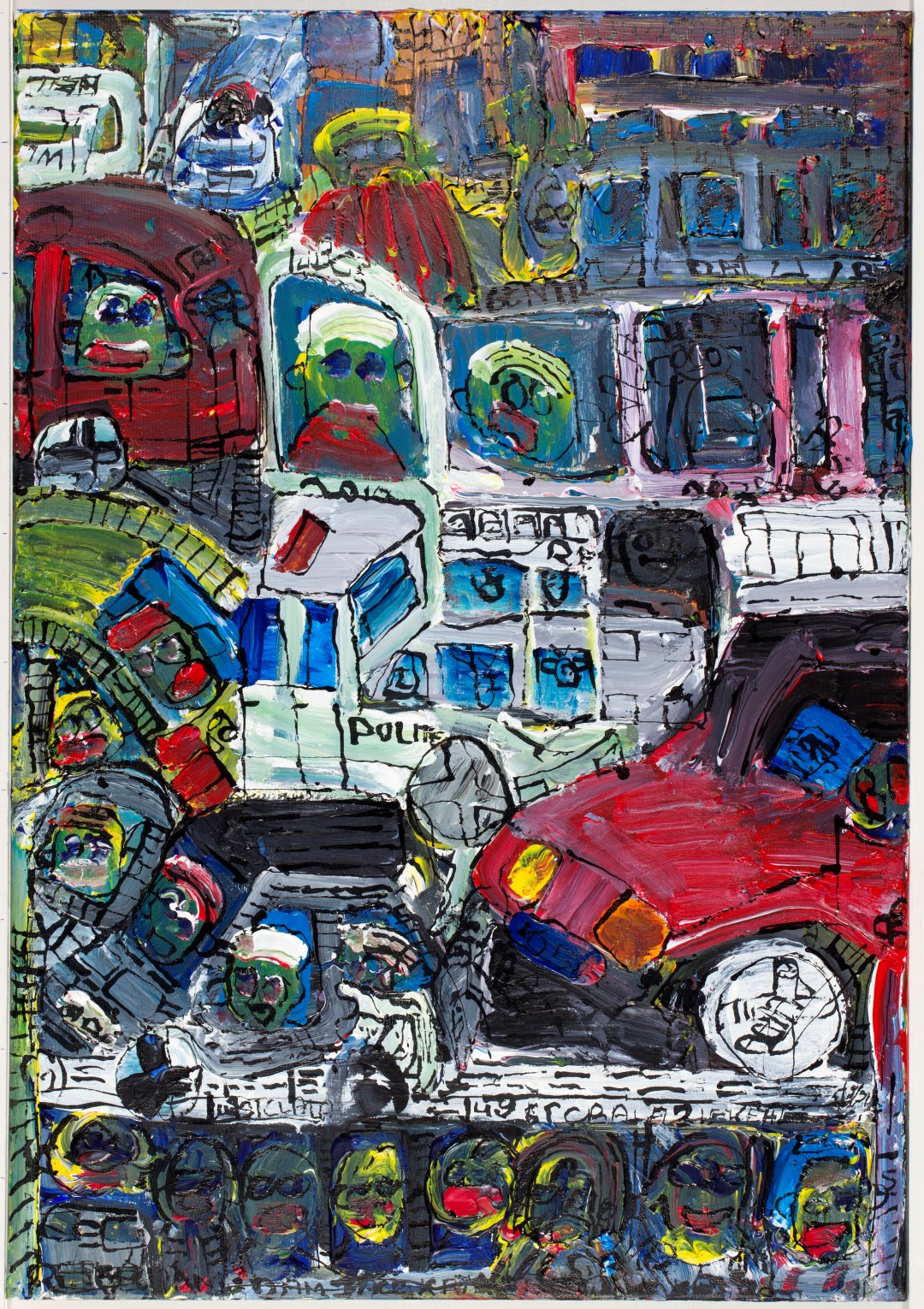 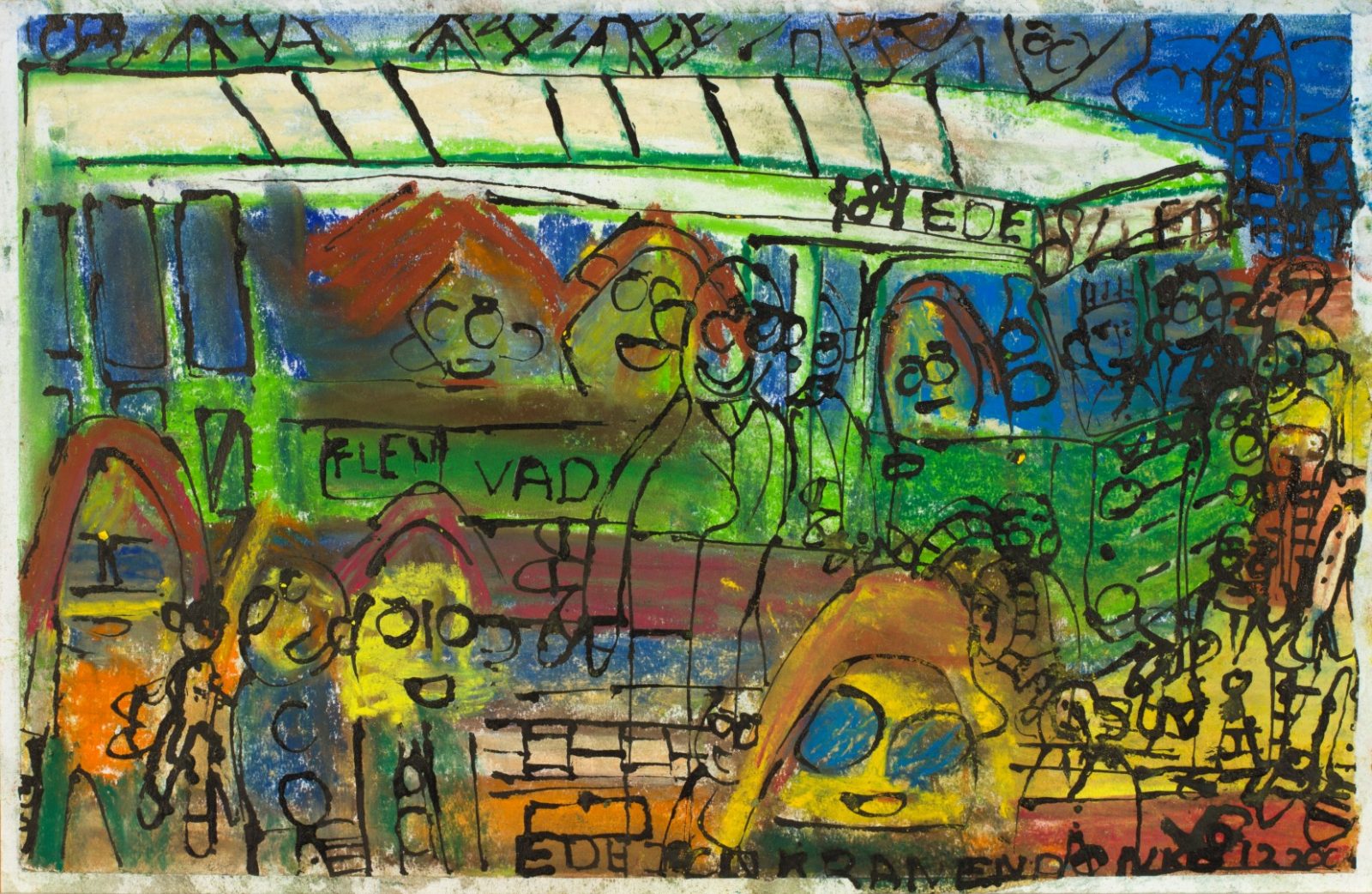 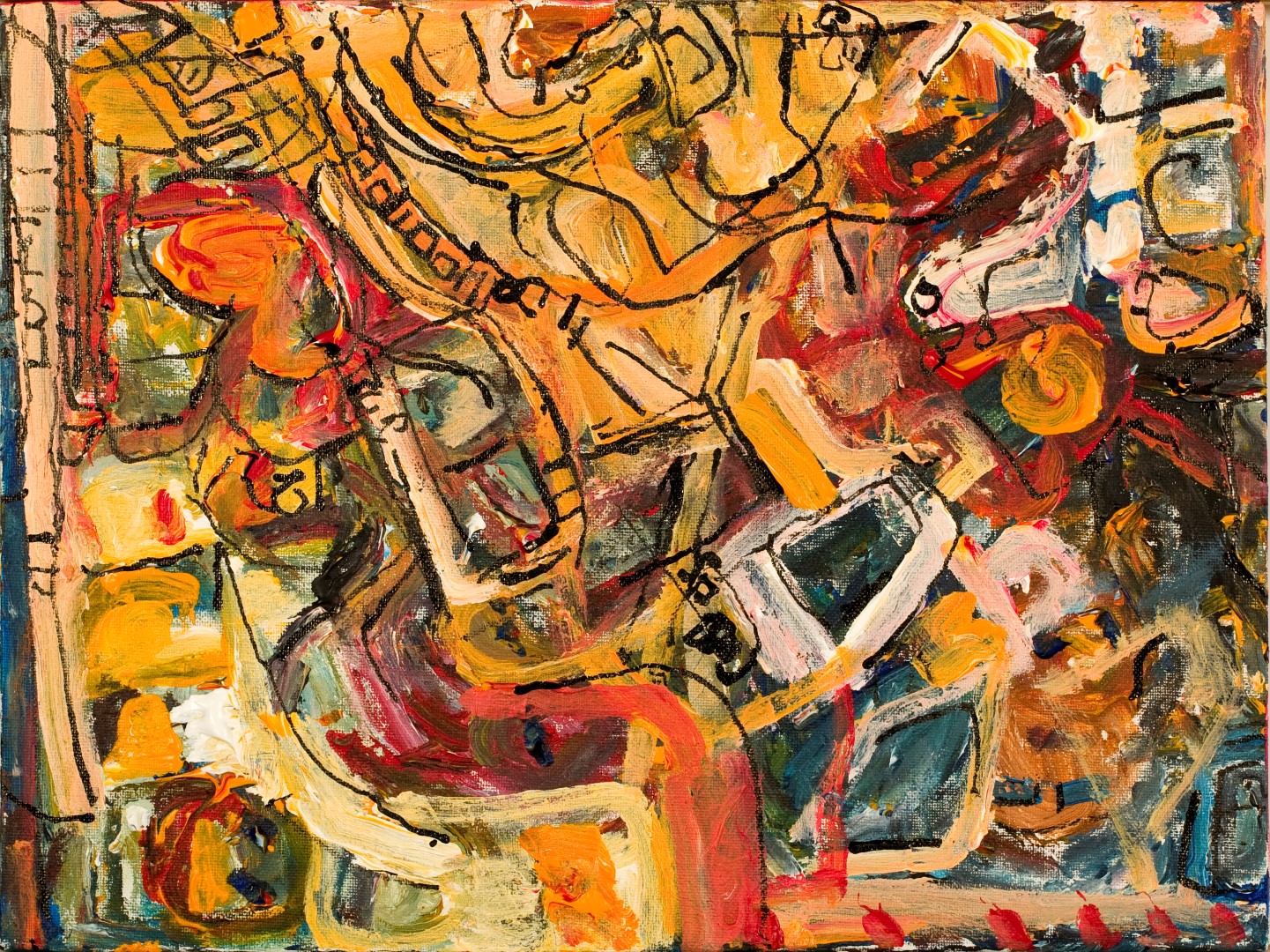 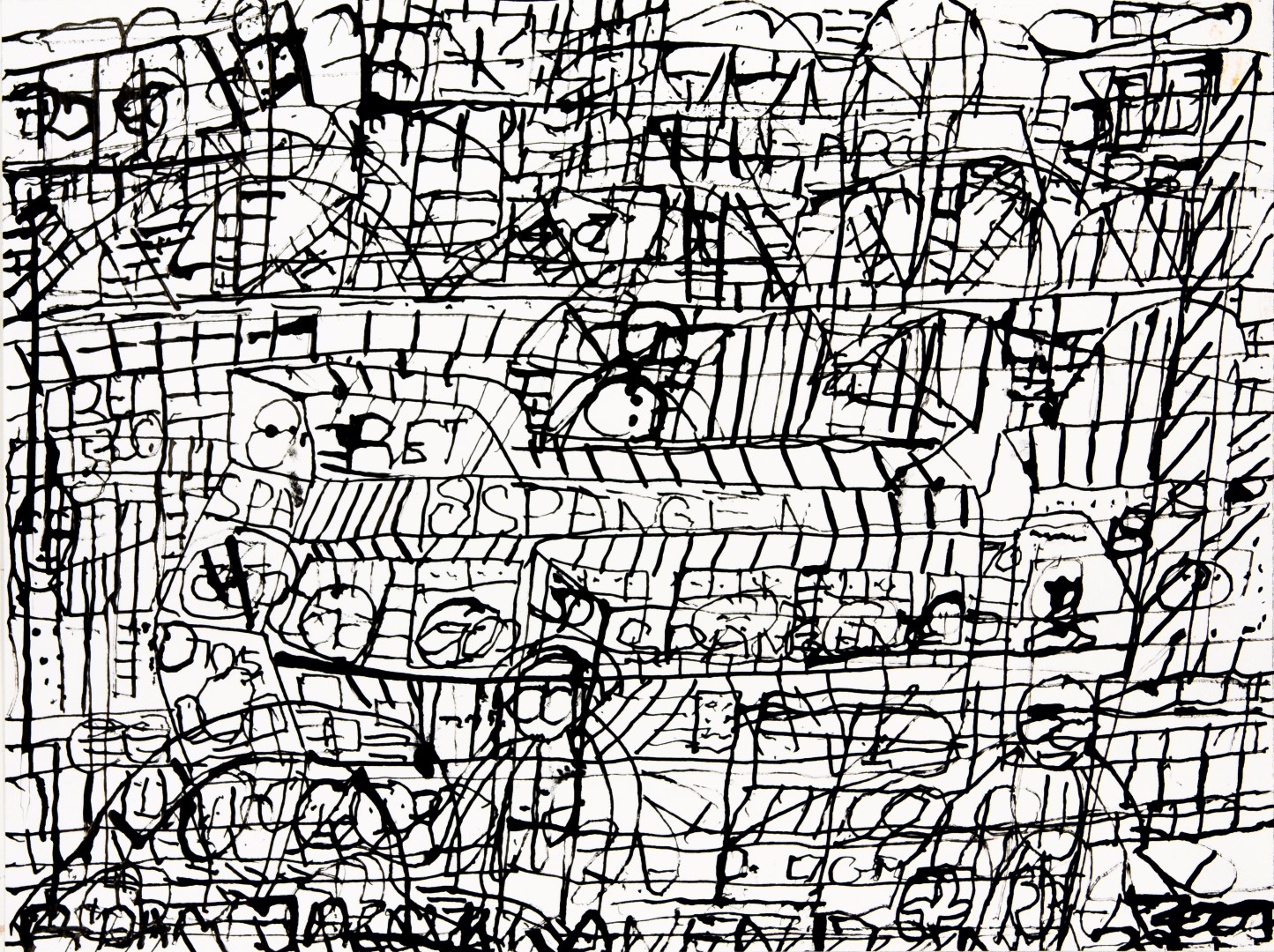 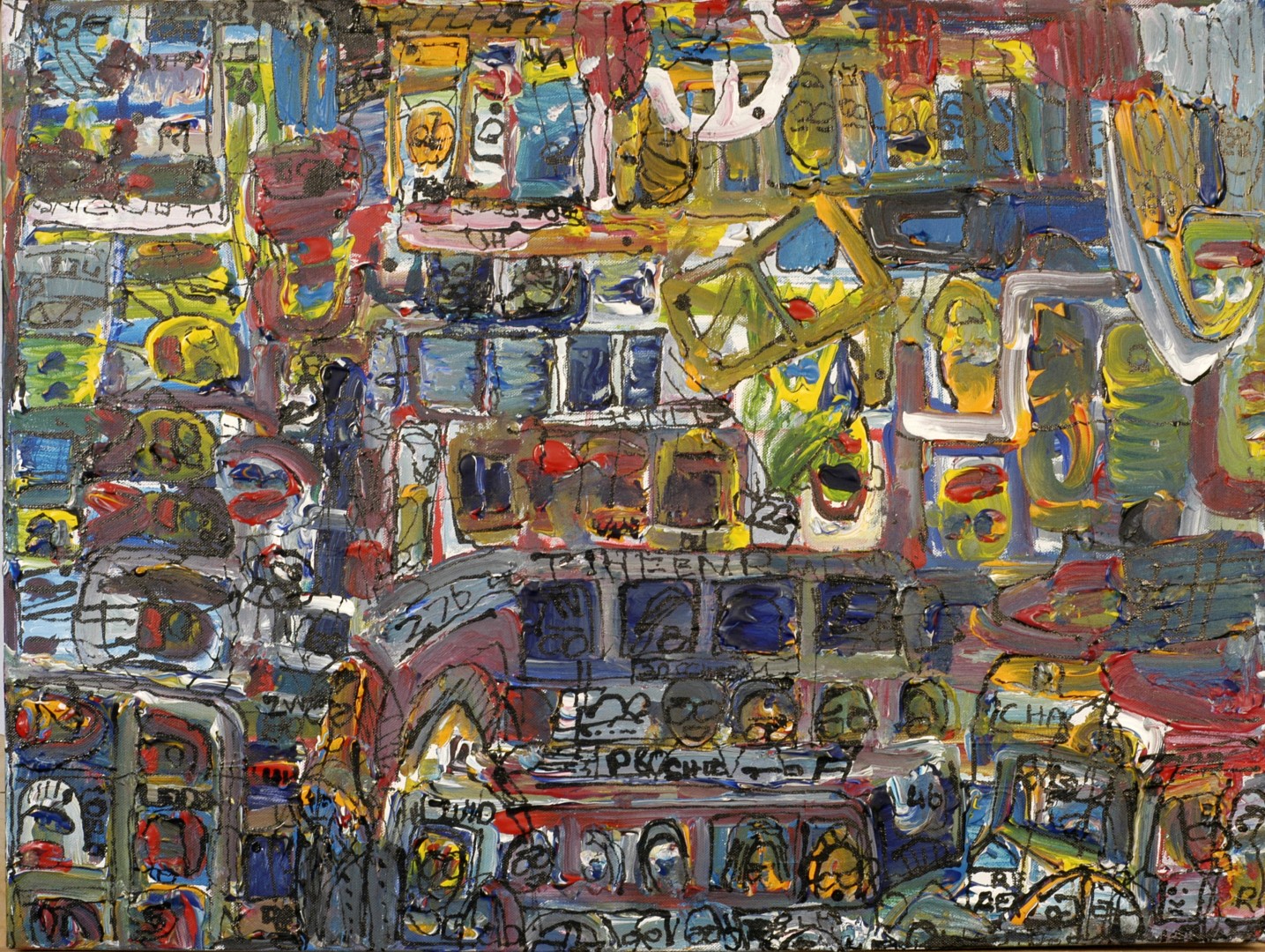