I feel a hand on my shoulder and Jeroen asks: “Do you want to come and take a look at my work?I answer that I’ll come after tea. Clear agreements are important for Jeroen, who’s autistic, they offer him structure.

His drawings, put on paper with a coloured pencil, are distinguished by a great diversity of subjects. Jeroen seems to be under the spell of the “horror vacui”, the paper is filled from top to bottom and no where the white of the paper is visible. Fruit, animals, flowers and plants, cityscapes, roads with cars, rails with trains, page filling, from a birds eye perspective and with encyclopaedic knowledge drawn on paper.

“When he draws a fruit-tree with apples, the other sorts of fruit will follow as a next  logical continuation to his choice of drawing an apple-tree.”  The urge for completeness has everything to do with his autism. A while ago I got an enormous map with drawings, made by Piet Dekkers (1904 – 1986), the grandfather of Jeroen’s mother and Jeroen’s great-grandfather. It  trucks me, that his subjects and way of drawing resemble those of Jeroens. After his retirement he started drawing, every piece of white paper had to be filled. He did this in a very compulsive way, his wife ran the house. Afterwards a form of autism was recognized as well. His work also shows a lot of diversity in subjects, just like that of Jeroen. Everything is drawn on note size, a lot of and other scrap paper filled to the brim. It is particular to make an acquaintance with his world in  coloured pencil.

The work of Jeroen happens to rejoice in great interest, many collectors are interested in his work and in New York he has a special agent selling his work over there.

After tea I keep my promise to look at his work. He grabs my hand and asks which piece of the drawing I like. I look and see an enormous road winding the paper from top to bottom. From the middle of the paper some kind of garden with different sorts of flowers and plants comes into being. I point them out, he names’ them: spindle tree; shrubbery, conifers, poppy, lupine , Taranium tulp, japonica, lavender, sunflowers, tulips, monbertia, pansy, imperial crown holly, cypress, arbour vitae and the blue fir. He also relates that the dog standing there in between is a Berner Senner, a “absolutely marvelllous one” ! And when we come to the garden tools, he just mentions twenty thee different objects. I ask him where he gets the idea of drawing this?  “I just sort of had it in my head Frits, he swallows while he is speaking and continues “more animals will follow and an elephant….”

“De Wereld draait door”, a talking show on March 15th with Jeroen Pomp.
Theme is: Outsider Art. You can see the video if you linked on this website to links. 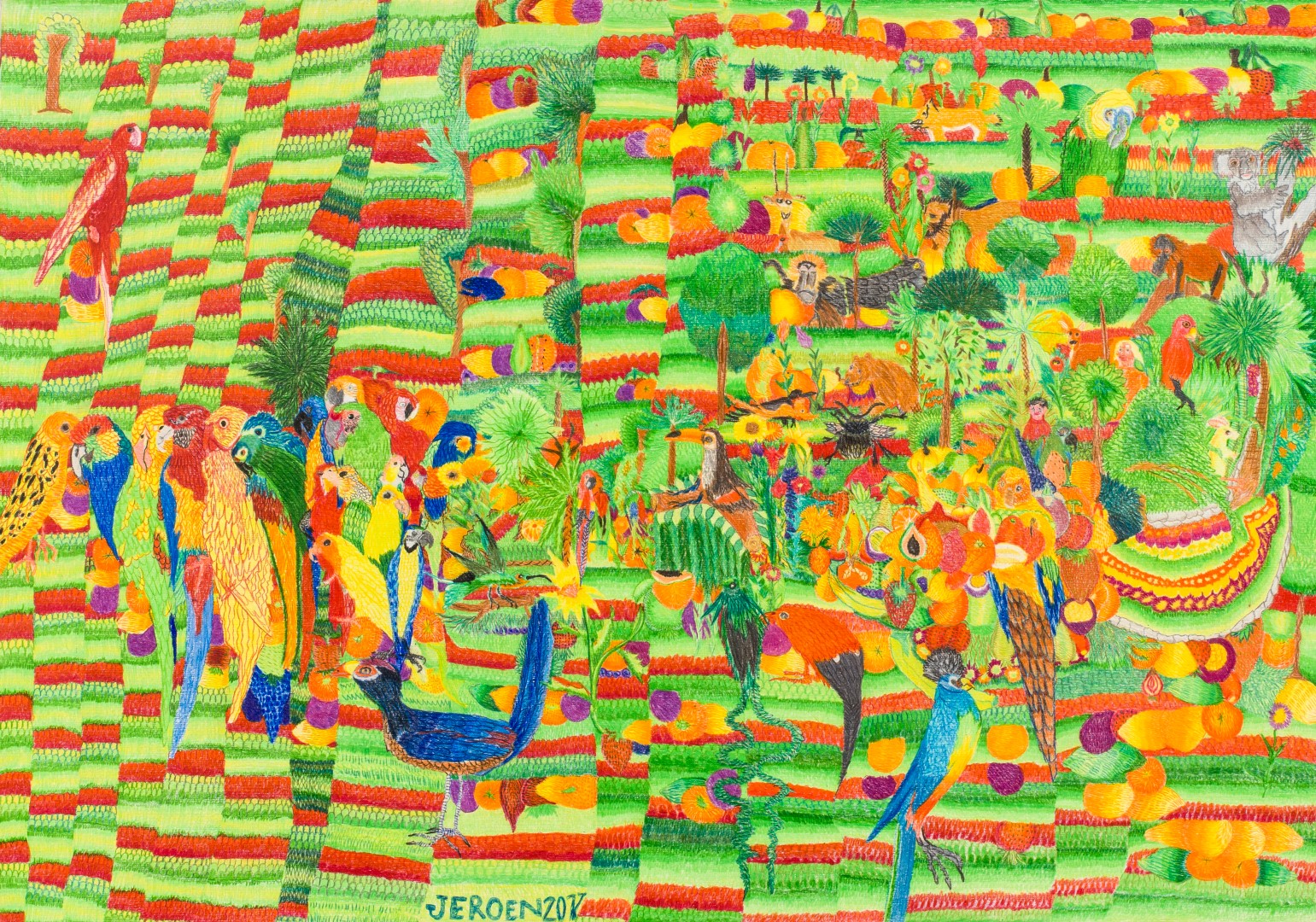 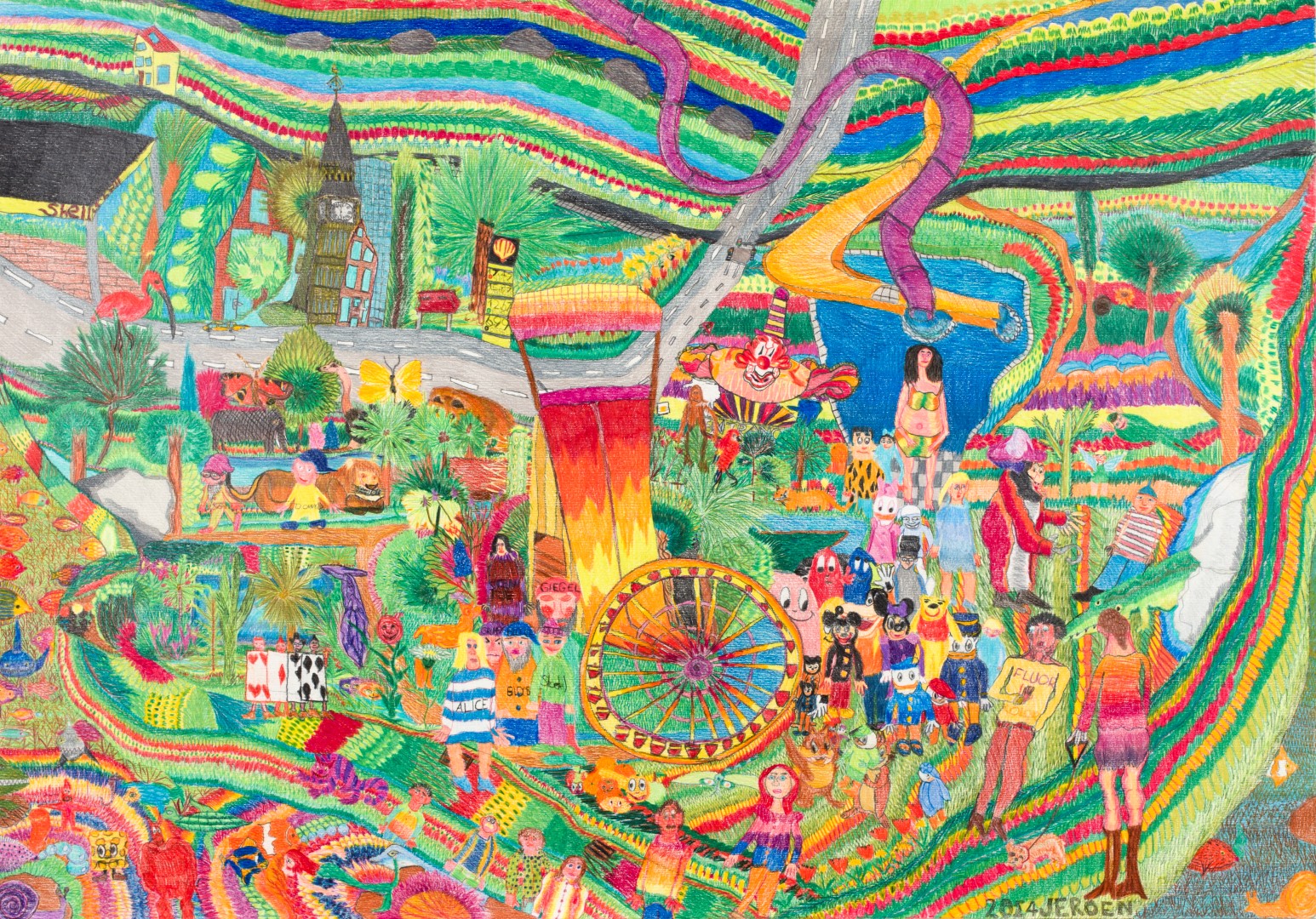 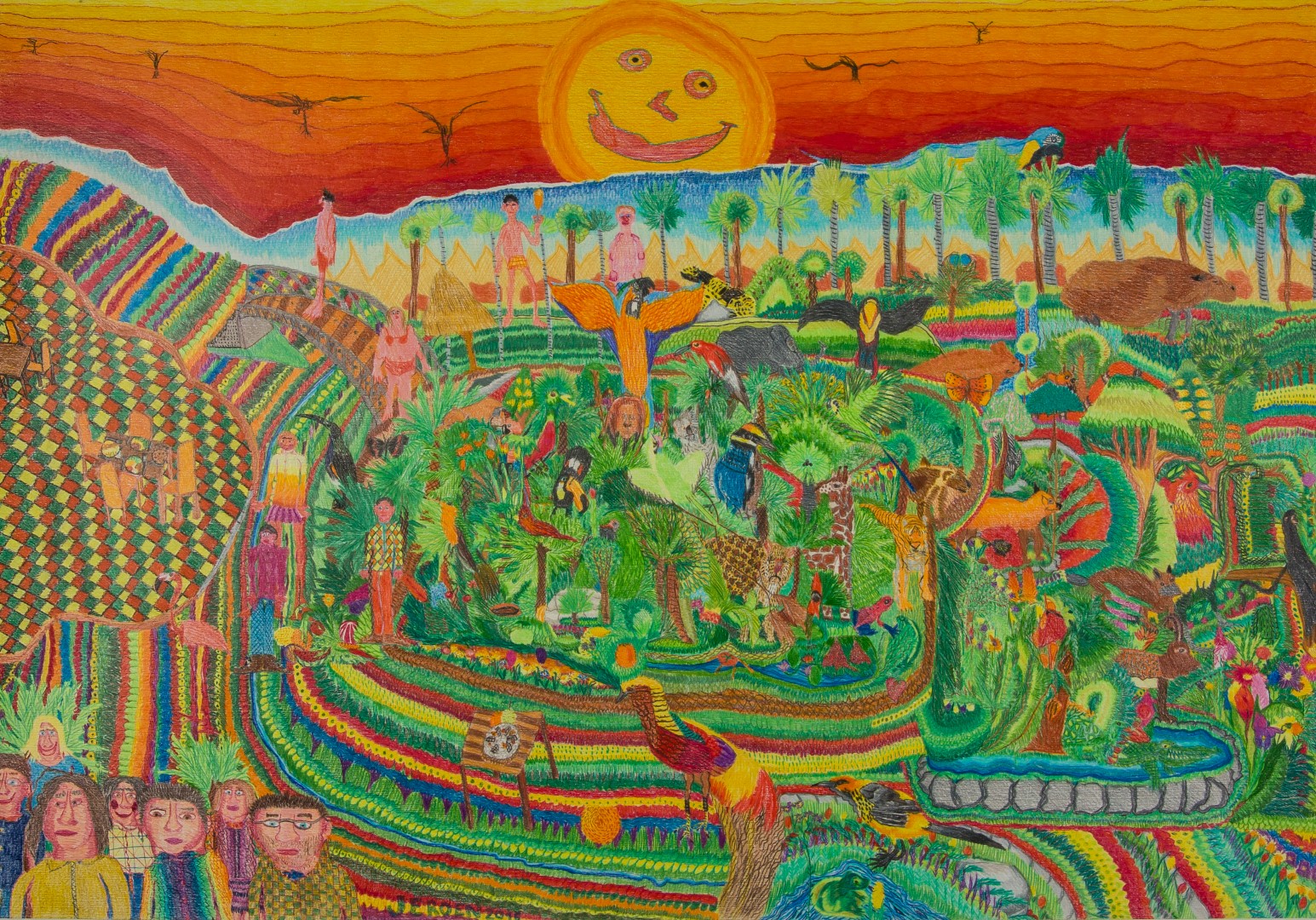 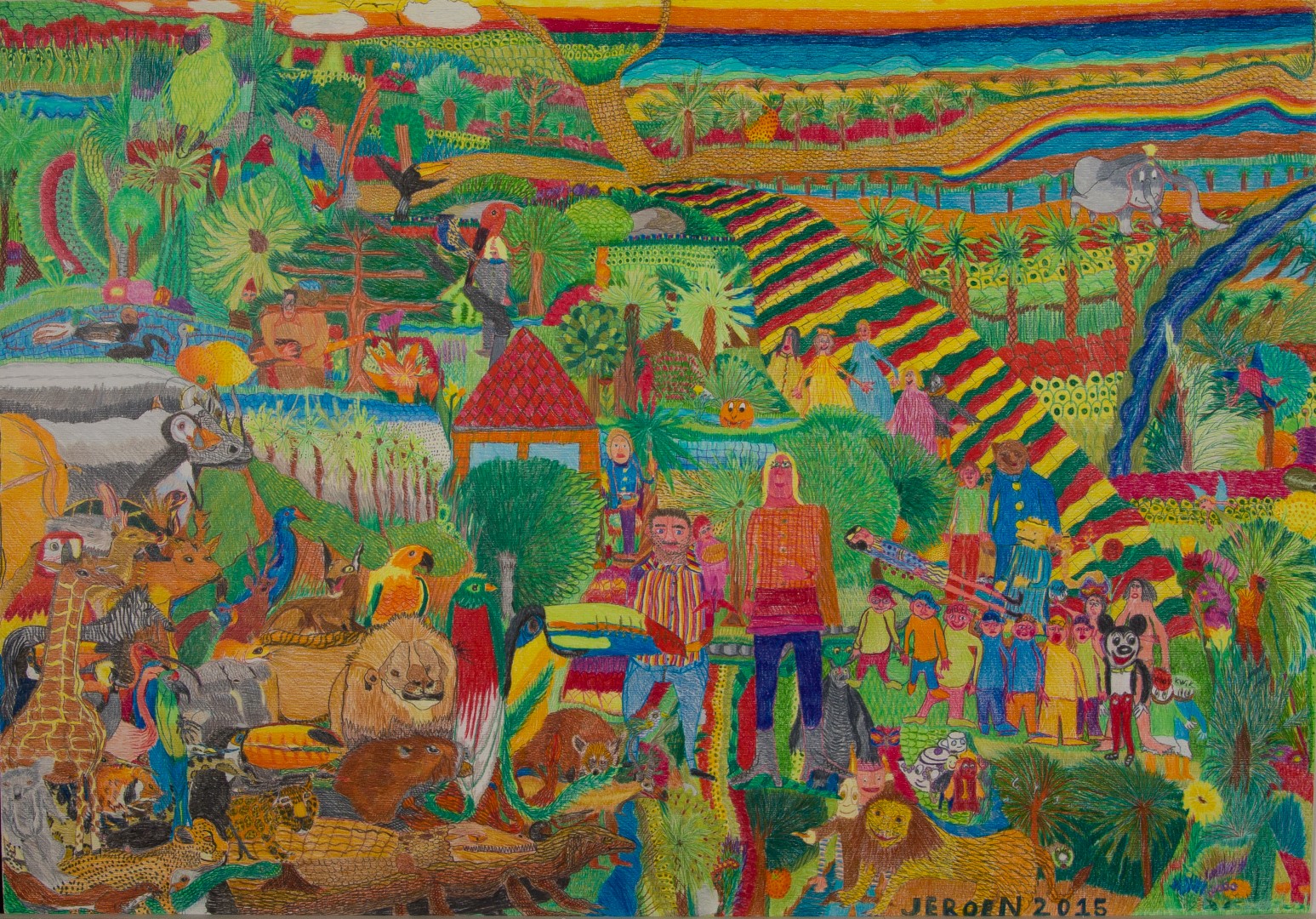