On Saturday 14 March 1998, the Rotterdam artist John Kegreisz died at the age of 46 after a short illness. One year later the Gallery Herenplaats opened a commemorative exhibition of his work; just a small selection from his enormous oeuvre of hundreds of drawings and paintings. The most remarkable of these are the letters that he painted for his dead mother. The day of the opening, John himself received post. From the quay, about fifty balloons rose to heaven. Each one carried a small message to John: a poem, a drawing, a greeting. While the balloons climbed higher and higher, it rained gently on us.

In his work, John went through various periods. The first period consisted of abstract painting with colourful forms, which fit together like pieces of a puzzle. During the lessons about using colours at the Atelier Herenplaats, a world opened up for him. The pleasure of his new discovery can clearly be seen in these paintings.

After the death of his mother in 1992, the bright and cheerful colours disappeared from his palette and a period followed of dark tints. The close bond he had with his mother made it difficult to cope with her death.
One morning, John came into the Atelier with a letter in his hand. It was a long monologue which he read out. The listeners looked at each other in amazement, because John had never learnt to read or write. The word Mama occurred frequently in a very incoherent story which seemed never ending. When he eventually finished talking, people took a look at his piece of paper. There were only a couple of strange signs on it which were supposed to represent letters: it was a farewell letter to his mother.

On the invitation of his supervisors, John turned his letter into a painting. He filled it from one edge to the other with his letters. Together they formed words and sentences about everything he had wanted to still tell his mother. Repeatedly he placed series of letters- under and next to each other, and sometimes on top of each other, which resulted in a fluent stream of words in colour and form. Many farewell letters followed. In the initial paintings, the letters are easily recognisable and can be distinguished from each other, but in the course of time they became more abstract and finally became distorted into ones and noughts. Originally the letters were an independent entity, later John incorporated them into his other work. From the abstract colour puzzles, figurative representations had meanwhile grown from the things that John encountered in his environment. “Koe-land” (cow land) stems from this time: an enormous painting which is two metres by one and a half. A cream coloured cow without legs or tail is depicted in a black square, which forms the centre of a red surface. On top of this red surface–through which a layer of puzzle pieces show through–a farewell letter is scribbled in small, black letters. In the following paintings the letters slowly become smaller and more vague, but they do not disappear completely and the farewell letter returns every now and then.

In 1994, John changed track dramatically. He stopped painting from one day to another in order to fully devote himself to another technique: drawing with oil pastels. In regular, often horizontal strokes, he applied various layers of colour. He then scratched off the upper layer with a nib. John had observed this technique being used by one of his colleagues who meant a lot to him at that time.
In this period, John made a series of drawings in which the same representation was depicted but carried out differently In many of these works he restricts himself to elementary, geometric forms. For example, he made about ten drawings with a circle in the middle. Balls, he called them. Due to the pattern of horizontal lines the ball seems to be moving as if it were rolling into the image with great speed.

In the last years of his life, John returned to painting. However, the rich palette of colour was replaced by the frequent use of white. In this, John had a fixed system for arranging his palette: a dot of white is placed next to every colour. He no longer mixed the colours red, yellow and blue with each other, but only mixed them with white paint. Because John built up the painting in different, transparent layers of colour, the underlying colour shows through the top layer and the colours do mix with each other, at least, as far as the eye is concerned.

At the end of 1997, John became seriously ill. He tried to keep his pain a secret for as long as possible, because he was so scared of hospitals. When he was finally admitted for all sorts of tests, he asked the nurse for pen and paper. His strange scribbles filled page after page. What must have gone through his head in those scary nights? And who are these letters for? A final farewell letter to his mother, his house mates, the people at the Atelier? We shall never know. What remains are questions and a magnificent oeuvre by a great artist. 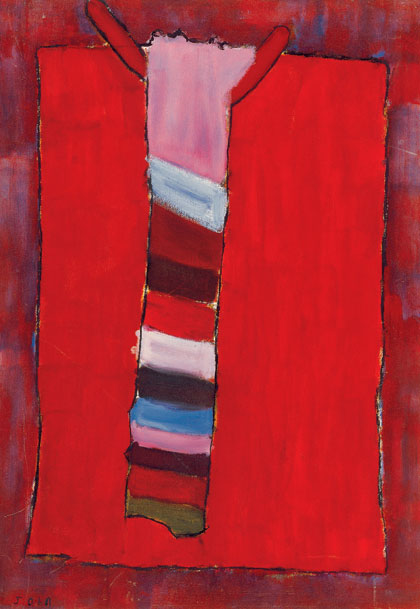 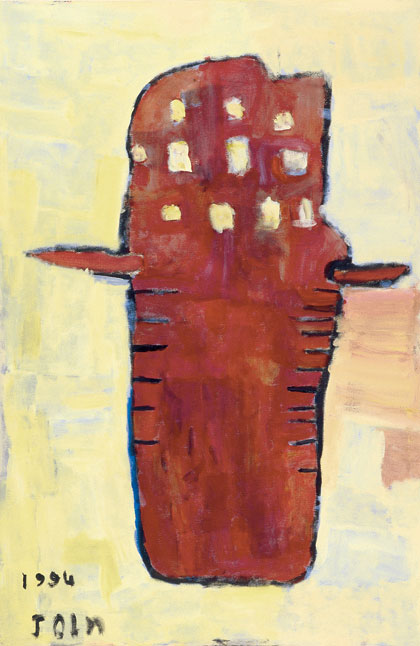 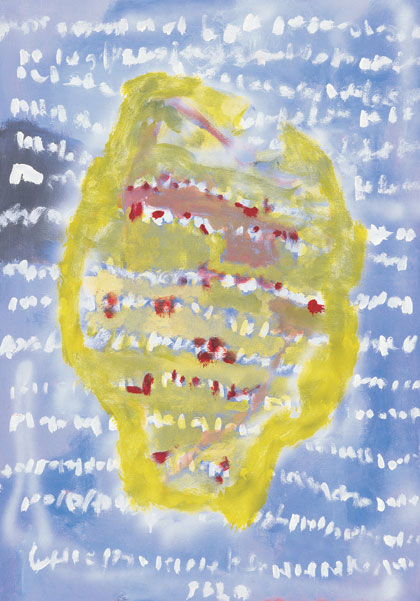 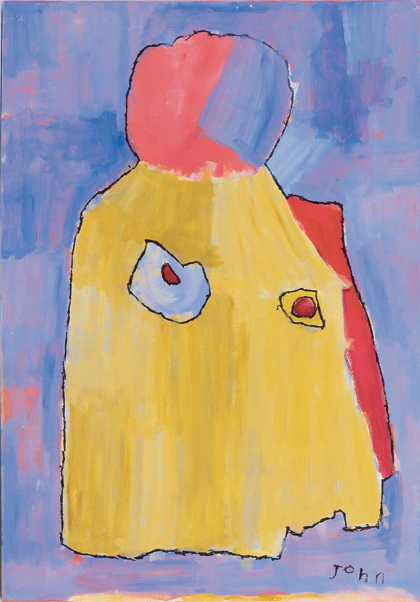