During her artistry Minke shows us an interesting oeuvre, on which she has been working daily for over sixteen years. Already in the first acrylic paintings and later on in her pastel and coloured pencil drawing, the line drawing forms the basis again and again. The motives for her creative work are to be found in what she experienced in her own life and in the quirky animals and monsters from her dreams or fantasies.

Skunning pencil sketches, relating her admission into the hospital in 1991 make up the basis for her first large acrylic paintings on canvas. The lines in her drawings display thickenings as if she wants to emphasize the images in the composition. The lines seem to be alive, this effect makes the image look unreal. Minke is achieving the same effect in her flat paintings by a layered application of the material and binging depth by using colour within the contour lines. In her later work, we see, that she is playing with the image by going into detail and by introducing more figures all the time, she is leaving the original drawing barely recognizable. Thus Minke is spending countless hours on one piece. Often she works simultaneously on various pieces. It depends on her mood or if something important has happened whether she decides to start a new piece of work.

Whether the figures are animals, of fantasized beings, they all seem to come forth from an enchanted world and bear much resemblance in their appearance. Even the monsters in their brilliant colours are happy creatures, surrounded by flowers or other two dimensional flora and fauna, not threatening to the spectator. Minke is showing us a world that is by nature more sweet than serious.

Significant moments in her life, such as a stay in hospital, the death of a (be)loved one or a removal, are all translated by Minke into a painting or drawing. These serious events are larded in her work with many details and through the downscaling of the heavier themes and vice versa are stripped of their drama.

During the last years Minke seems to have rediscovered the pleasure in drawing. In multi coloured pencil drawings, she now works even longer on a richly detailed universe full of small scale life emerging from an earlier original image. The flat work almost devoid of perspective, gets its depth through the use of multiple layers of colour. In these intricate compositions it is often difficult to trace a specific idea, the original starting point or the underlying story. It is this specific indulgence of Minke by keeping on creating and losing herself in small details, she is grasping life before her own eyes, that gives her work its particular character and style. To the spectator an almost endless multi-coloured kaleidoscopic spectacle unfolds, in which the eye hardly finds any rest.

That rest can easily be found in Minke’s graphic pencil drawings. In this work just the line plays an important role. Lines in varying thickness, which len the image an enchanted and surreal quality. An ambiance which is also created by the grubby grey and the layered character if the drawing, as a result of the continuous, intensive contact with the paper. In the simplicity of this direct and typical line we find the characterizing element on which all her further work is elaborating.

Order
In the project Beautiful People www.beautifulpeople.nl images by Minke de Fonkert have been used for a unique coffee set. 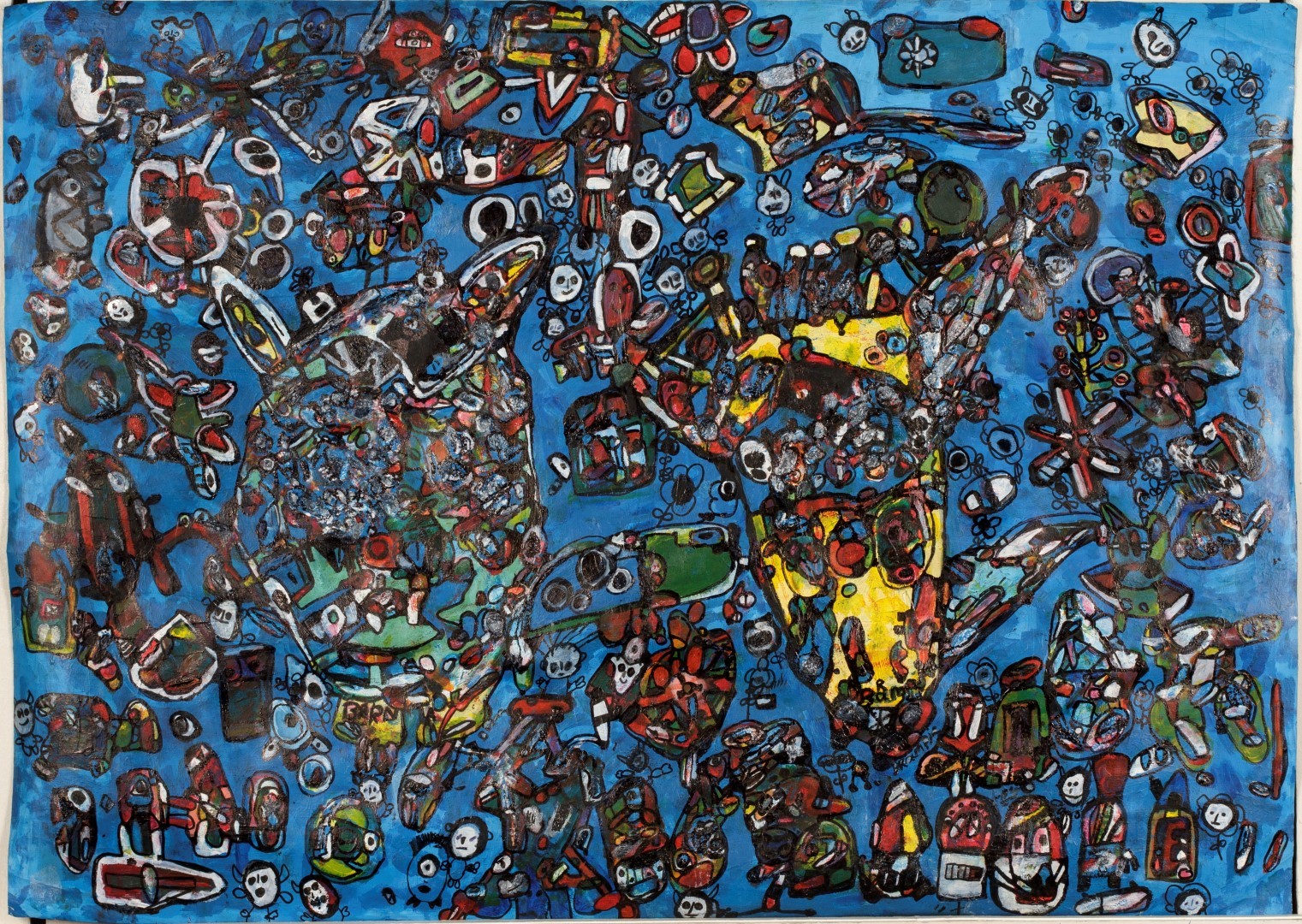 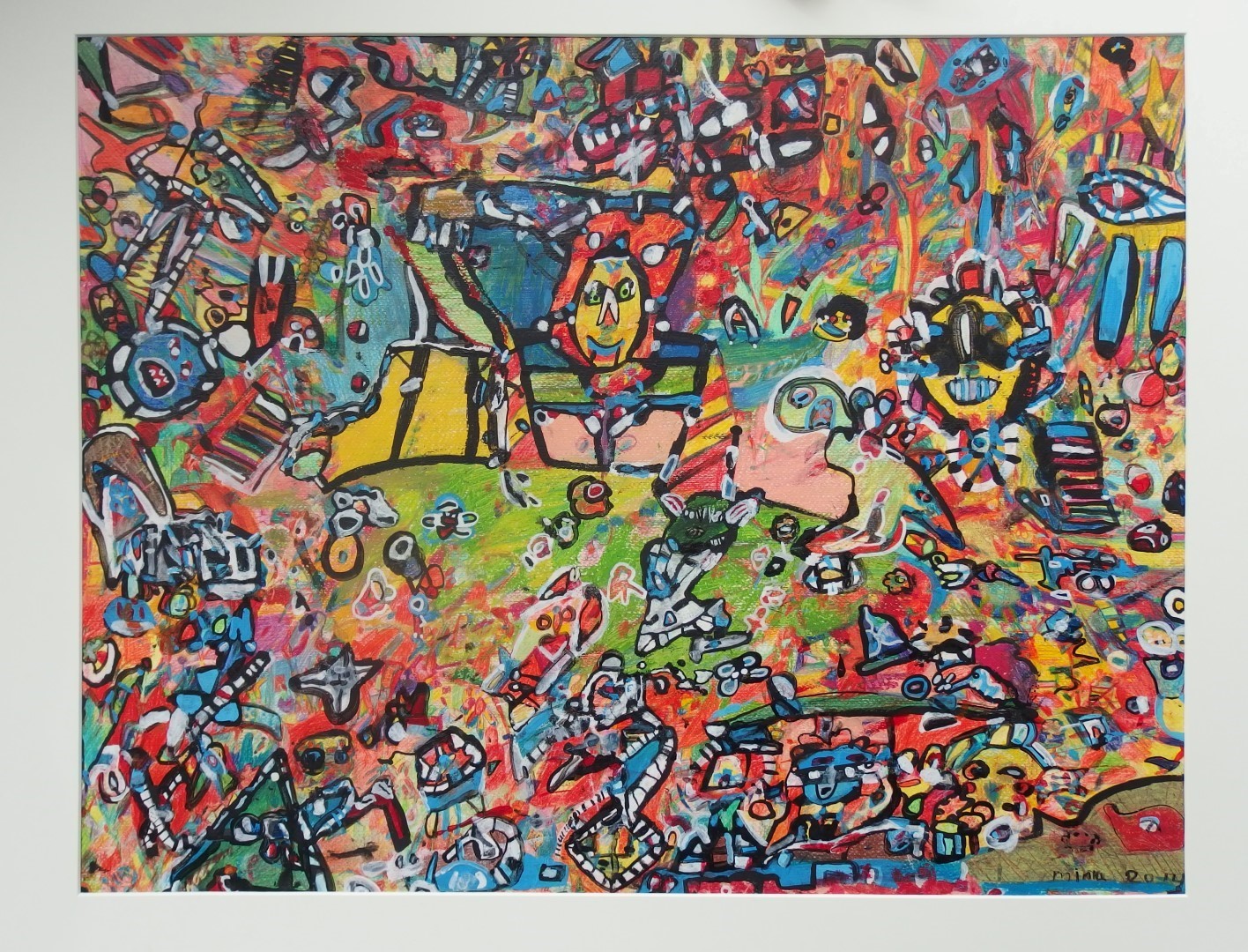 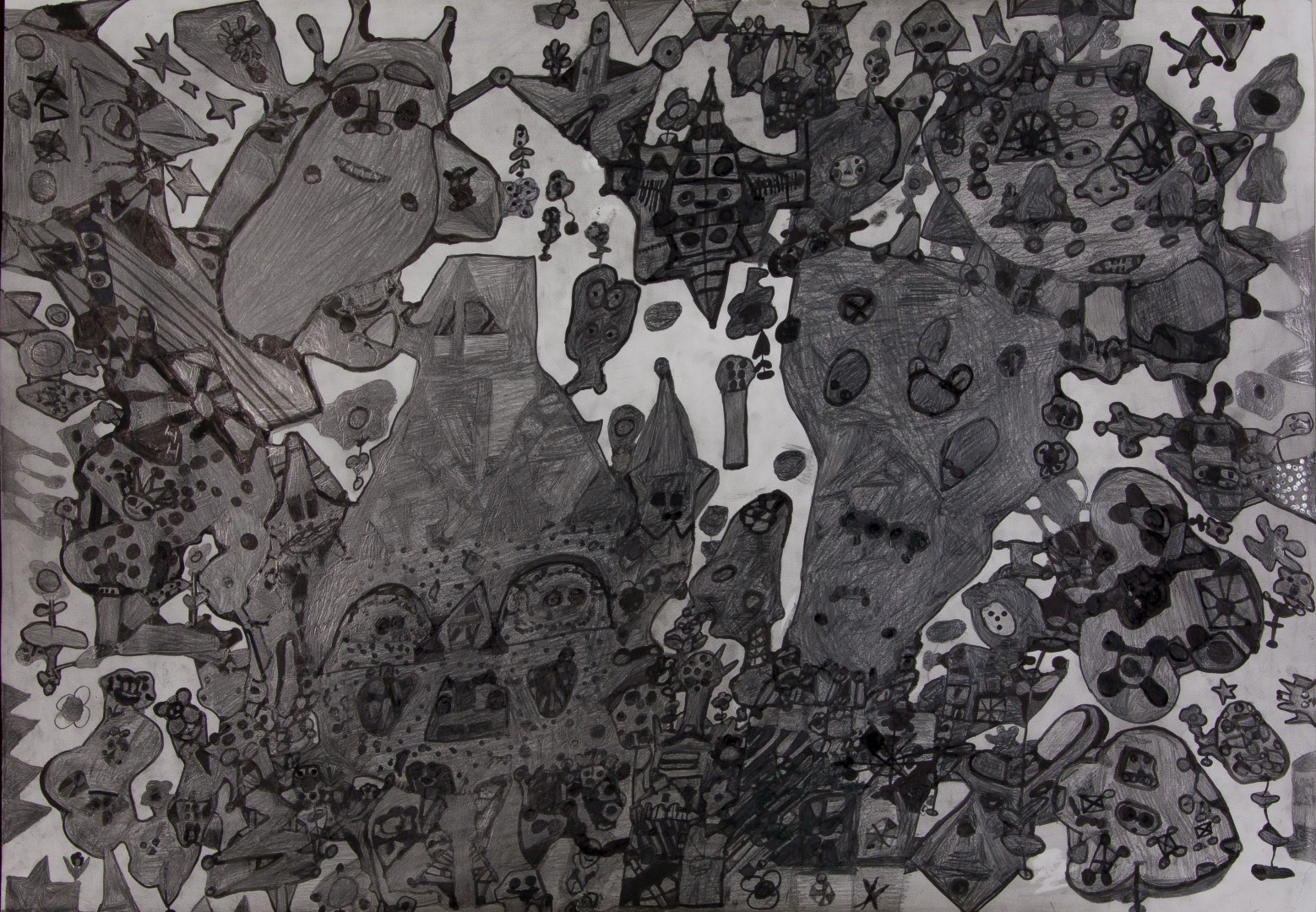 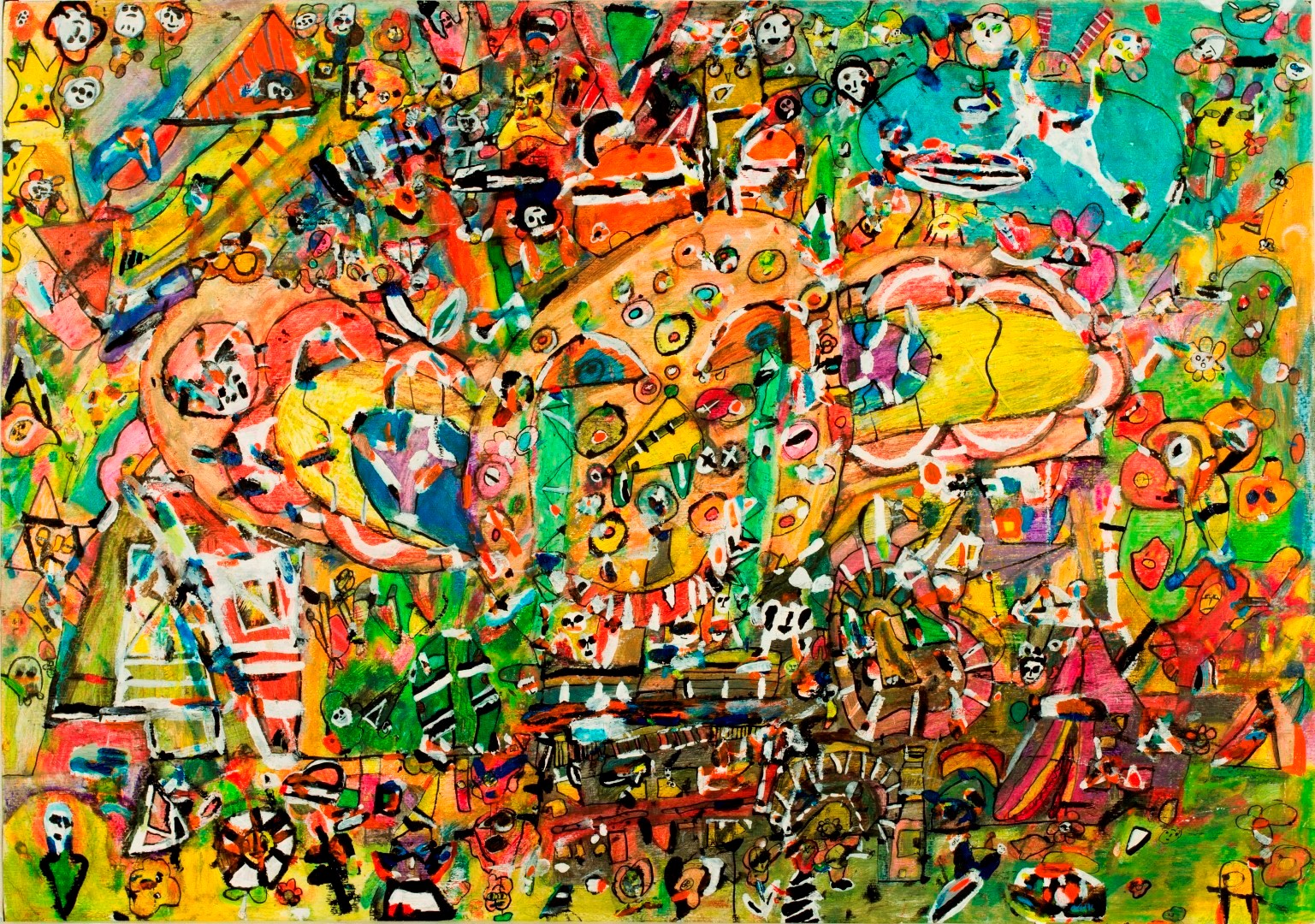