Paulus de Groot, born with “Down Syndrome”, grew up in the art circle of the seventies, wanted to become an artist, like his father, Karel de Groot. He (Karel)  painted his themes in a headstrong and bold way from an academic background. Always in a figurative style, mostly wet on wet in the watercolour technique. When Karel at the end of his life, he had an incurable illness, looked back at his work and life, he told, he had experienced his most beautiful moments in the countryside. Such as the moment when he saw a stork hovering on turbulence, his outstretched “fingers” feeling the air, he described poetically. After his death, his son started a career as an artist at Studio Herenplaats.

Paulus mainly paints his own inner-world, a world which is often restless and can be read as a diary. The events and experiences of Paulus are being reproduced in colour and shape. The death of the cat, the loss of “Daddy Karel”, the discovery of sexuality, the search for limits. The homosexuals, making love with enormous pimols, are painted with bright expressive colours, the nose is mostly placed between the eyes, breasts and navel do not differ in size. He looks for the extreme in horror movies, from the videotheque. He translated these movies in his expressive work. Vampires with blood on their teeth or scary monsters and zombies populate his paintings. A drawing of four aroused homosexuals looks very complicated. All lines are mixed up and you can see that Paulus also loses track in the tangle of lines when filling in the colours. In the drawing “Nude homo and crocodile”, he combines sex and horour in a remarkably original way (crocodile bites in pimol). When I asked him why he is always choosing these themes, he tells me that colours mean something to him. Light yellow and light red, stand for aids and scary diseases. Dark red is the colour of the planet of passion and has to do with love and sex. All colours of the rainbow are for the homosexuals in the sauna. Black clouds instead of white, black is the colour of gloom.

Besides his bizarre themes, that look sweet and innocent as for expressive language, Paulus is also painting portraits of people in his environment, often family members, Karel, Toos or his sister Anna Maria. But you can also find some of my colleques in his work. A beautiful work is “The gate of the swan”, for Mommy Toos.

Anna Maria de Groot is Paulus’ sister and has, just like her brother, the urge to express creatively. She attended the same art academy as her father. Anna Maria expresses, just like Paulus, her personal vision or reflection on man and humanity, life, the world, this time. Her work is a visual diary, the process of expressive experiences and impressions, she gains in her contacts with people. Her style of working is also figurative just like her father and brother. With Paulus you can see a different expression due to his handicap, but in essence he also wants to handle the figurative style. You can also see that Paulus, like Anna Maria, is occupied with the inner world, in which the most personal and intimidate plays an important part. The painting “Nude with pimol on the back”, is almost abstract, we see how Paulus, like his father is turning into a poet.

Order
In the project beautiful people www.beautifulpeople.nl
images by Paulus de Groot have been used for a unique coffee set 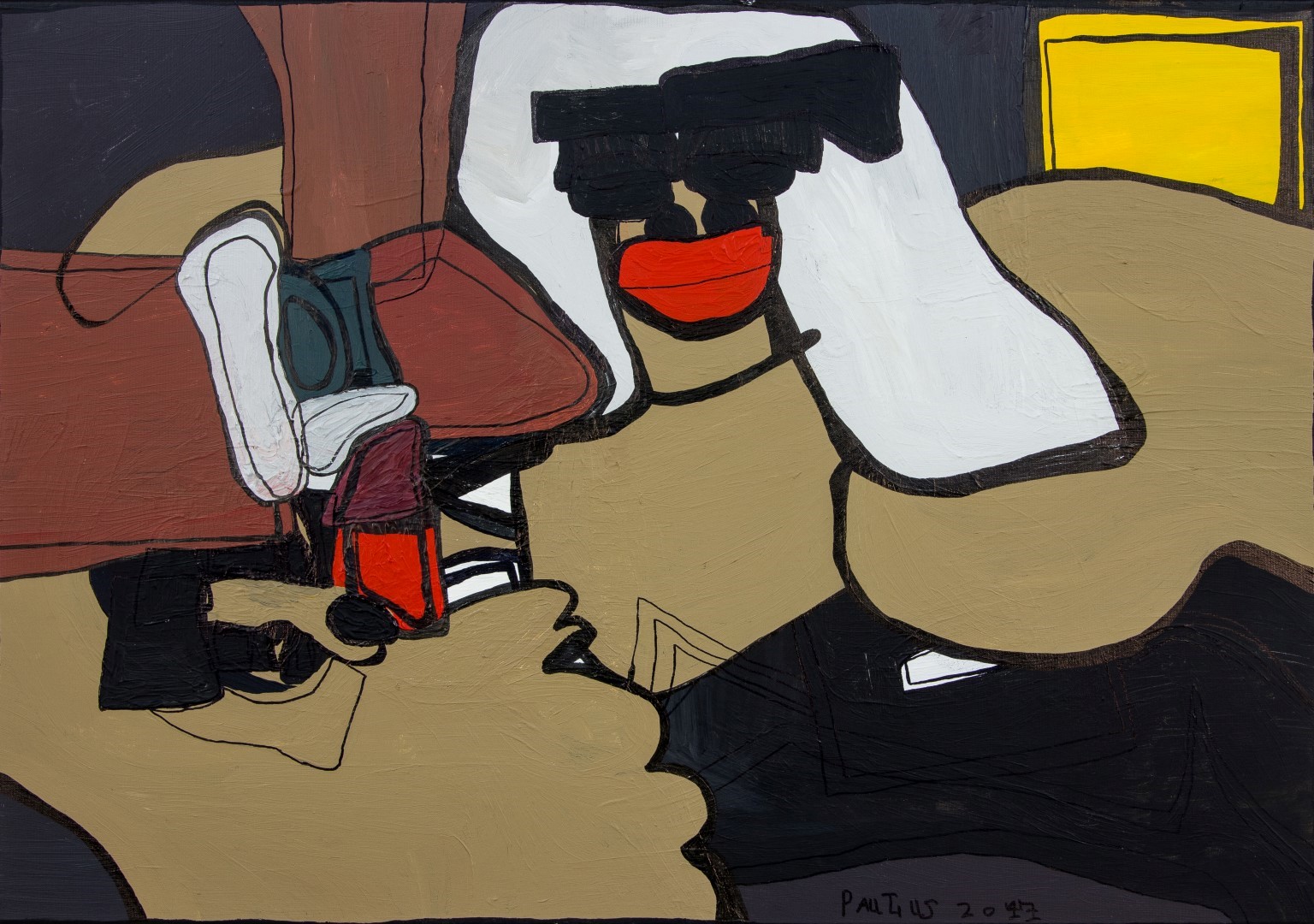 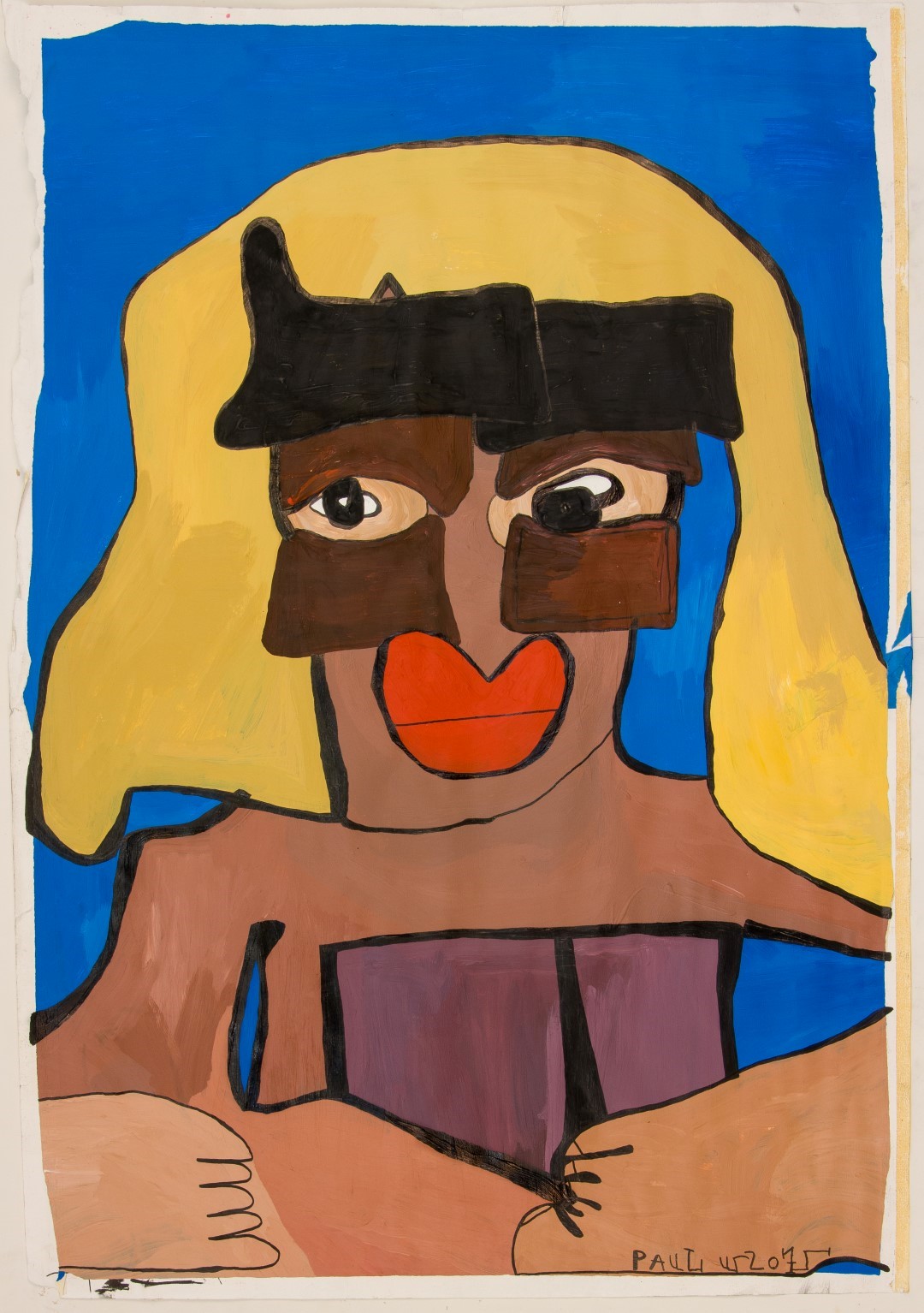 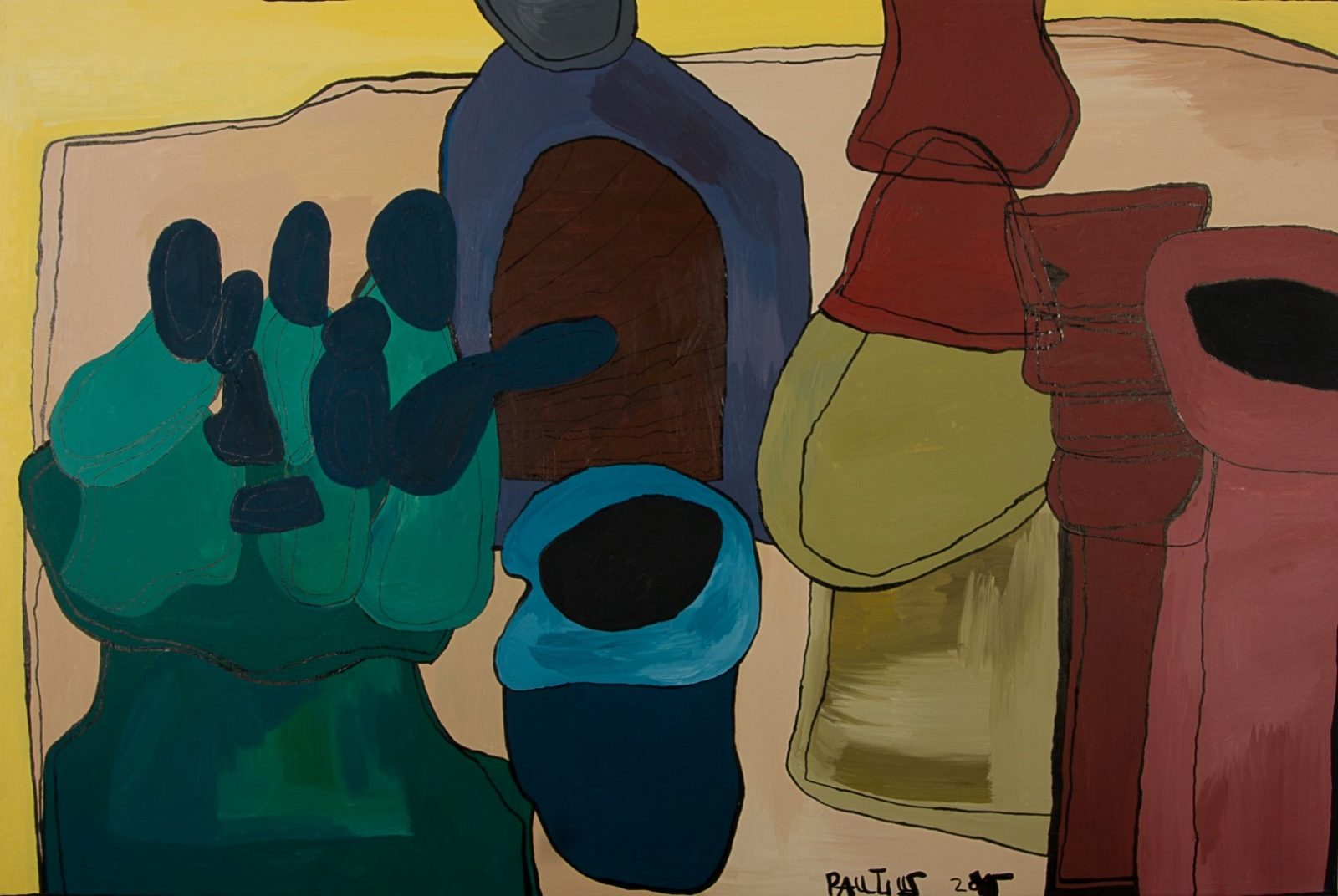 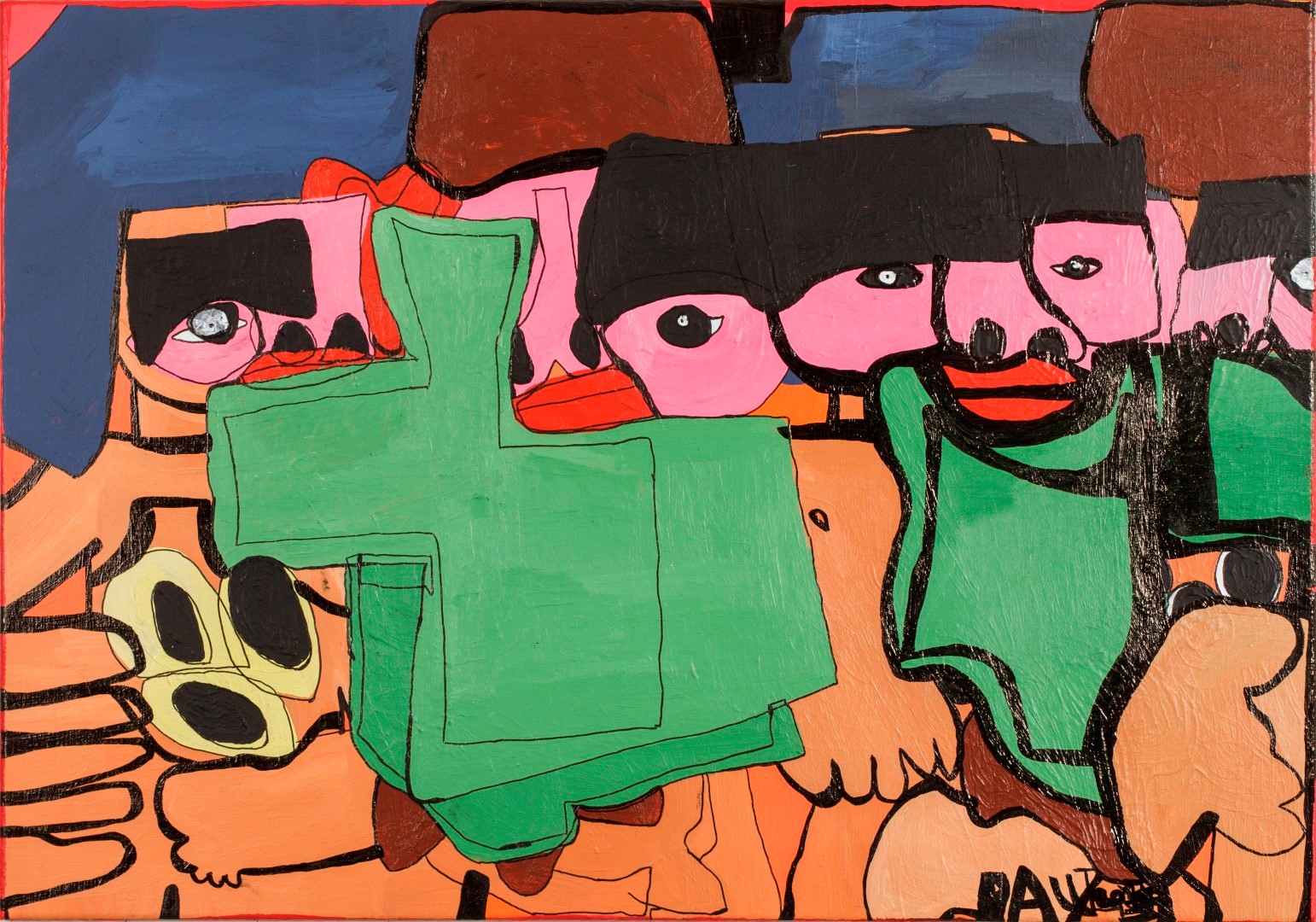 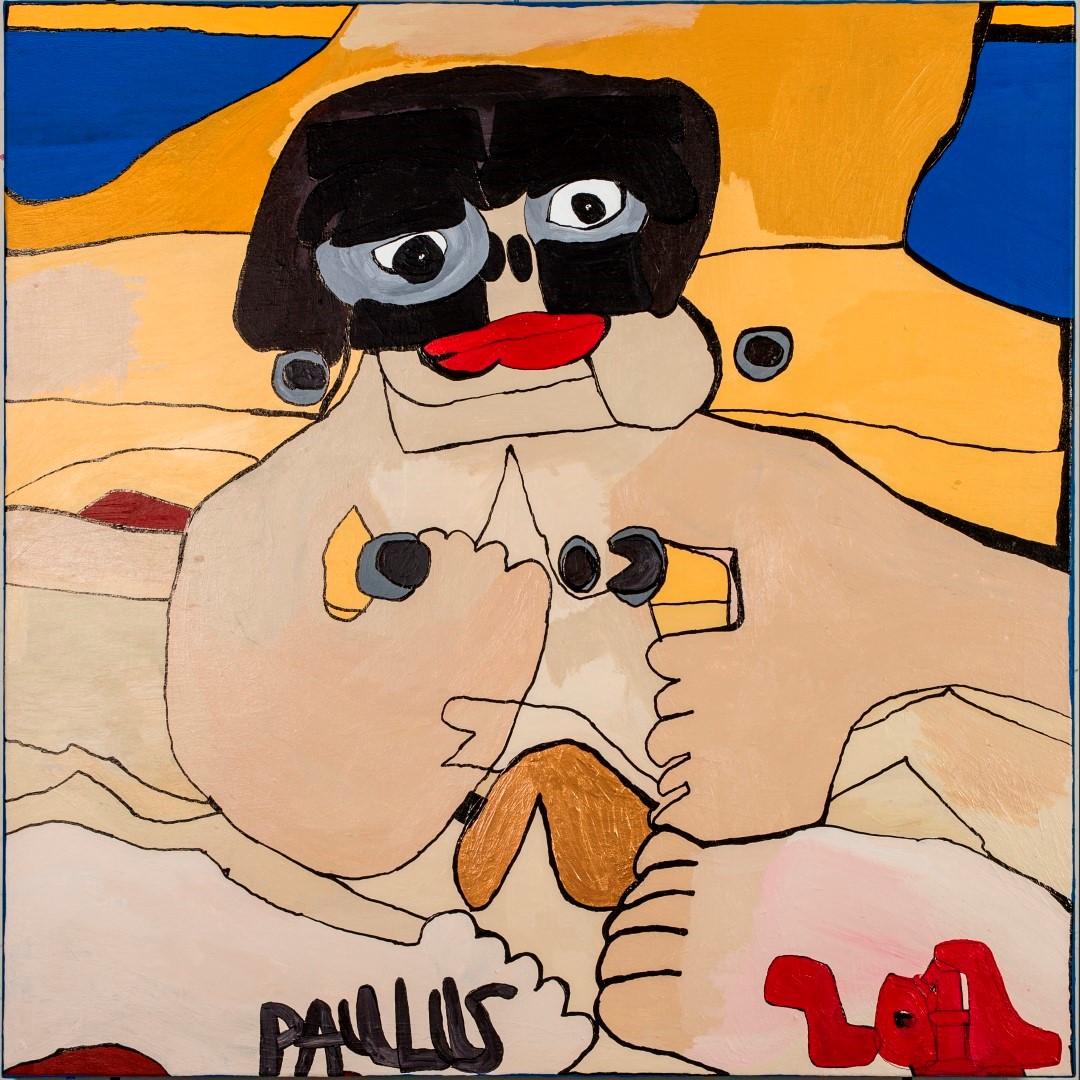