In 2007 after Wendell did a learning program from the special education and he was given his own place at Atelier Herenplaats there was development of many drawings. Fast pen drawings, pencil sketches about street lanterns, hands, flowers and cars followed one after the other at a quick rate. One dummy after the other were filled up with his observations of the world surrounding him.

The lines of his ink and pencil drawings cross each other, this kind of transparency is a distinguishing mark of his work. About his drawing called 8 heads his comment was: ‘If you have no hair then you are bold’. Also exploring his own sexuality is a common subject in his work, like the piemelmens (Penishuman). ‘Growing a big penis is fun’. He also has a fascination for guns and pistols.

His own comments about this kind of drawings are: Pistol is blood and dead towards hospital. Wendell is born in the Netherlands from a Liberian father and a mother from Mali. His cultural background has given him a wide range of impressions and with his handicap he can express them on a very original and direct manner in his work. 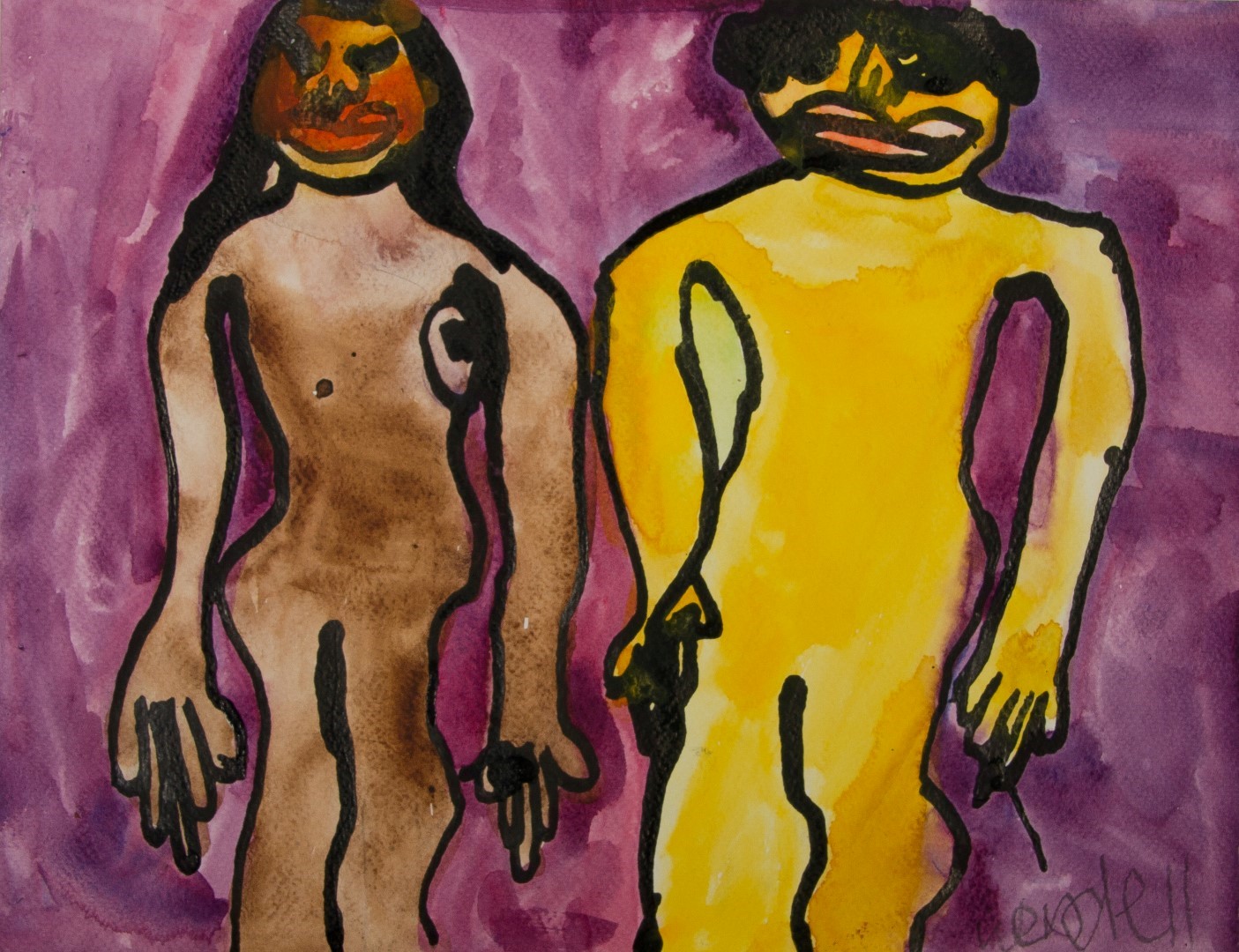 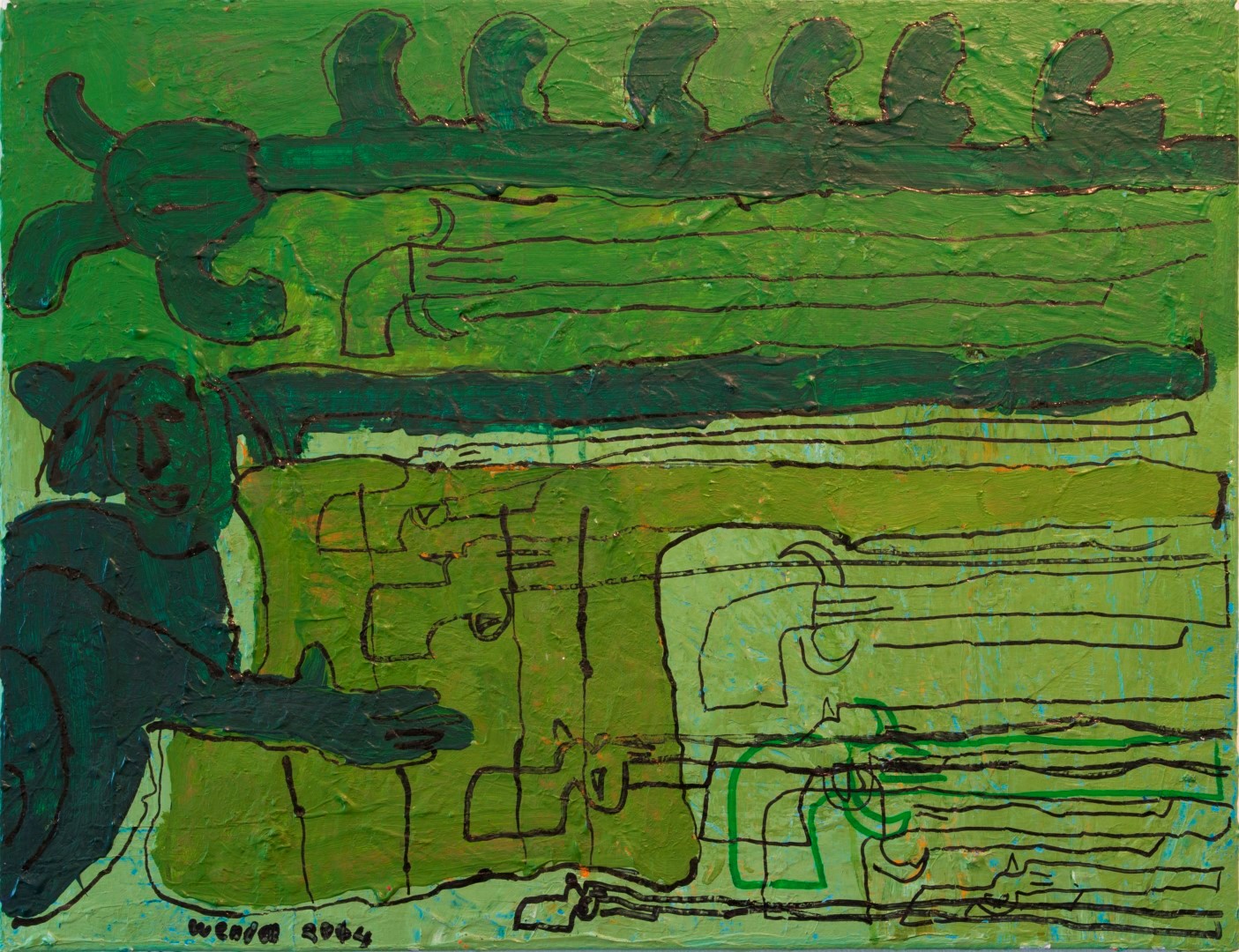 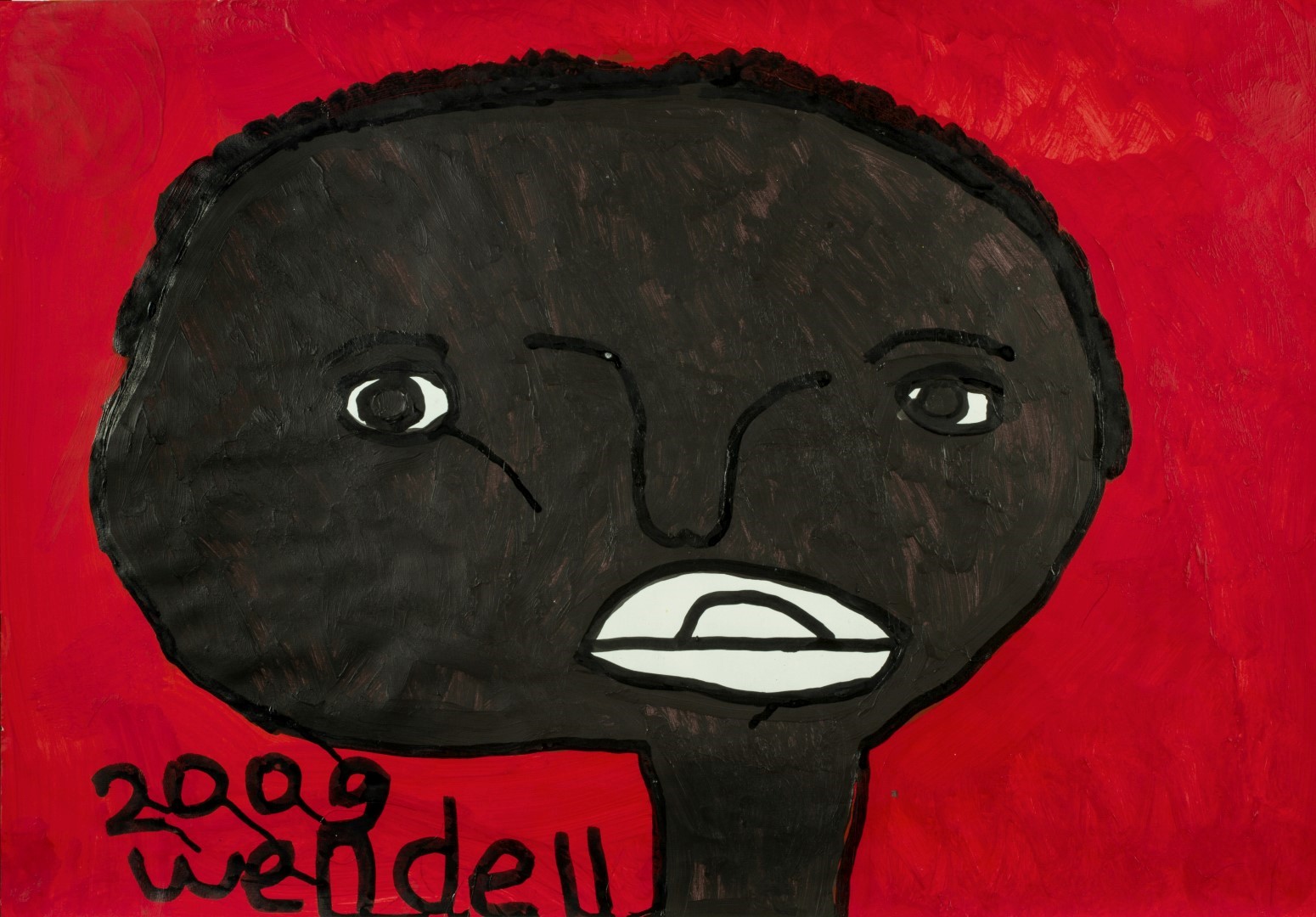 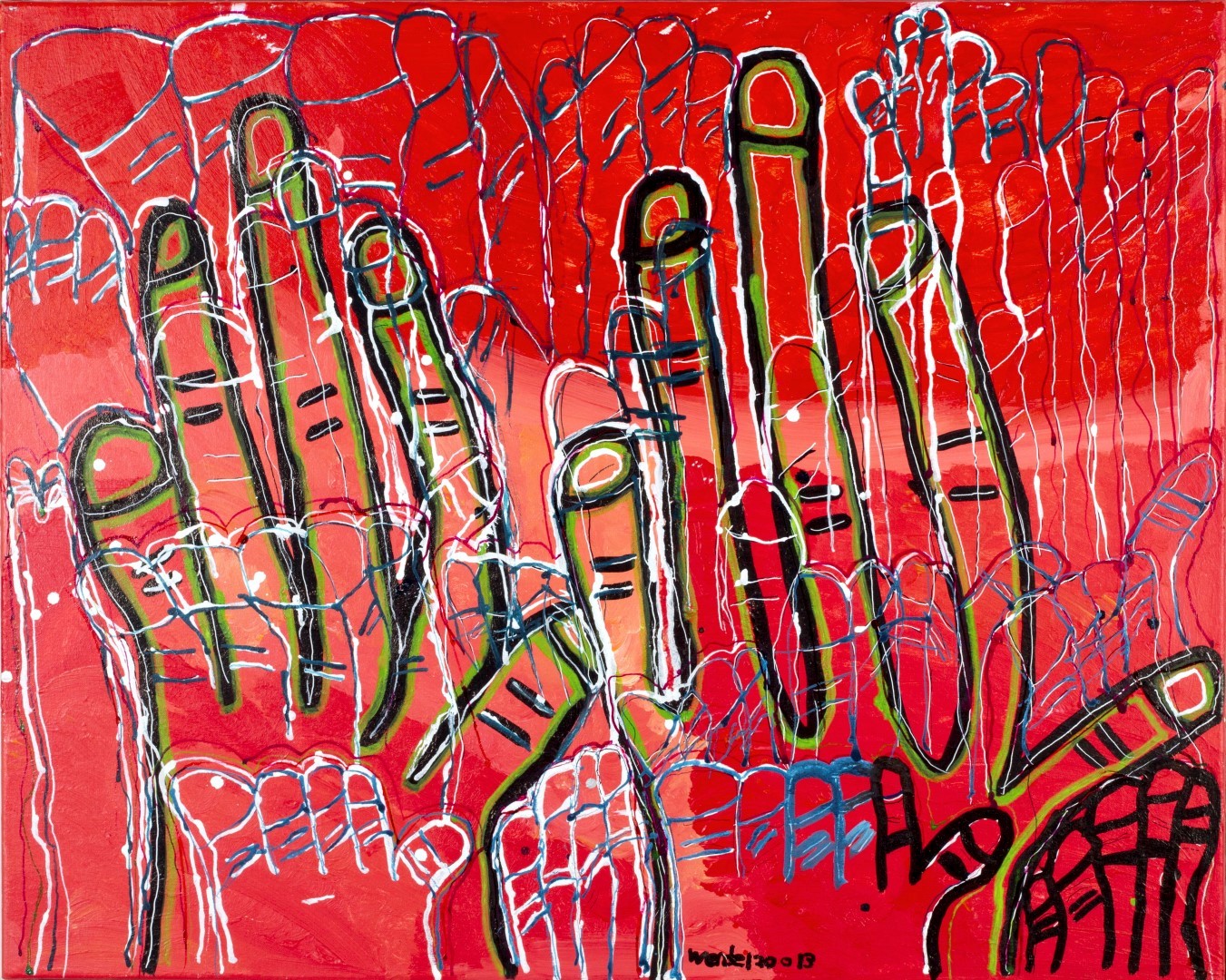 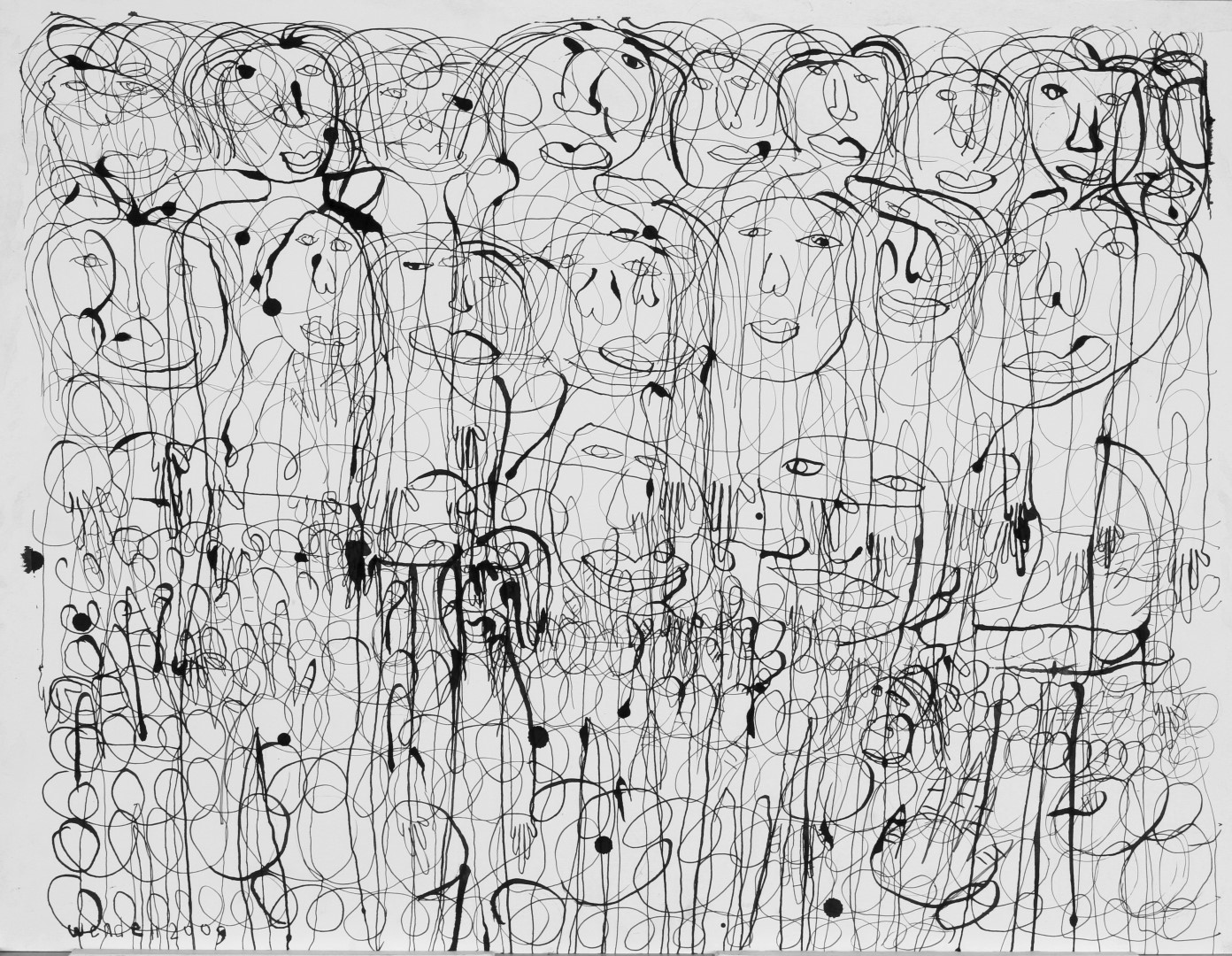