I visit Belinda in her studio. Ever since the beginning of her work at Herenplaats her wish was to have her own studio. In 1993 she got the opportunity to share a studio space with a friend artist at the top floor of a converted school building in the Drievriendenstraat. A few years later she got her own studio in the Hoornbrekerstraat. In 2012 she move again to a different part of the city, a studio on the Gerard Sterkmanplein. Belinda finds it very important to be able to create in peace and quiet in her own space.

Belinda has been drawing since she was very young. Every five minutes, at school or at home, she could be found clutching a pencil. Her subjects were countless: a wedding, the circus, a landscape or city view, animals etc. ‘At first I painted as if it were completely true to life. Realistic’. In the Atelier Herenplaats’ art lending library, there was, however, less interest in her work than in that of the others. This is why Belinda started to search for what else she had to offer. ‘What I used to make, was rather uncertain. Then Frits (one of the Atelier’s supervisors) said: “You have to turn everything upside down.”

And this is what she did. In June 1992, she symbolically bid farewell to her old work by permanently exhibiting it in the so-called ‘Belinda Tijssen cellar’. From this moment onwards, she abandoned her true to life paintings and through herself completely into experimentation. She tried out all sorts of materials and techniques alongside and combined with each other. She painted with rollers, pallet knifes and with her fingers, made collages, etchings, linocuts, painted with sand and squirted the paint straight out of the tube onto the painting.
Sometimes she even tore up her work and used it to make something new. On a mental level too, Belinda’s approach was different. She no longer worked from a preconceived plan, but allowed the forms to come into existence. She often turned the painting around halfway through and, from this changed perspective, painted yet another image on top; a working technique which she still frequently applies. ‘You can see more of the colour if you turn the painting round. If you put it like this, then it remains monotone, but if you turn it around you can get more movement into it, or you get yet another movement with your brush.’ As her self-confidence grew, the use of colour became more expressive and the brush technique freer and looser. This experimental search initially produced abstract work: large pieces of paper with powerful areas of colour and accurate brush strokes. From this abstract work she finally started working figuratively again. Figures crept out of the expressive areas of colour, which, with a bit of fantasy, could represent anything. Belinda give her work titles: ‘People should look at what they see in them for themselves.’
In about 1994, Belinda started her women paintings. Why she chooses women’s bodies rather than men’s ones, she says: ‘Women have beautiful shapes and beautiful colours. More beautiful colours than men. Men actually have very little colour.’
To support her work she followed life drawing classes at the Vrije Academie (free academy). ‘For about two years. I really liked it. A little bit of searching. And discovering, such as: Hey, I can also use that as subject matter.’ Now that the classes have finished, she finds her inspiration literally on the streets: ‘Sometimes I draw from the window. I grab my sketch book and climb into the gutter.’ While the life drawing classes were taking place, Belinda went on a work placement with the Rotterdam sculptor Robert Jan Donkers. There she learnt to work with limestone and wax. One of the sculptures that Belinda made there was cast in a limited edition of bronze and for five successive years was awarded as first prize to organisations who devote themselves to promoting a positive image of people with a mental handicap. Belinda worked a period as an apprentice to the sculptor Albert Kramer, with whom she could discuss her drawings. He thought her to work with PE-foam blocks. 2012 also sees a new sculpture in bronze, which also wins an award, the ‘Hans Kröber Prize’, awarded by the social psychiatry clients’ comity.
There is a large pile of paper on the drying rack which Belinda has worked on in the past month. ‘I often make several paintings at the same time. I let them dry and a day later, I look at them again to see what I can do. They may have changed, hey?’ All these paintings are to do with Belinda’s newest source of inspiration: babies. Is Belinda battling with the maternal instinct now that she has reached childbearing age? ‘No, but I do have lots of second cousins.’
In contrast to the paintings of women in which one or two are portrayed, the babies are in groups of nine or twelve. ‘This way I wanted to show how it all grows and what can exist further. They are the different months, but it can also be that it’s in your tummy, just like that, with its legs open wide.’

Belinda has stopped working at Herenplaats and is now working at theater Babel.

2006  “Who Am I”, graphic exhibition Gallery Herenplaats Rotterdam

Bronze sculpture for the Foundation: “beeldvorming”

Workshops with the following artists

2000  Holland – Japan
In the project Beautiful People www.beautifulpeople.nl images by Belinda Tijssen have been used for a unique coffee set 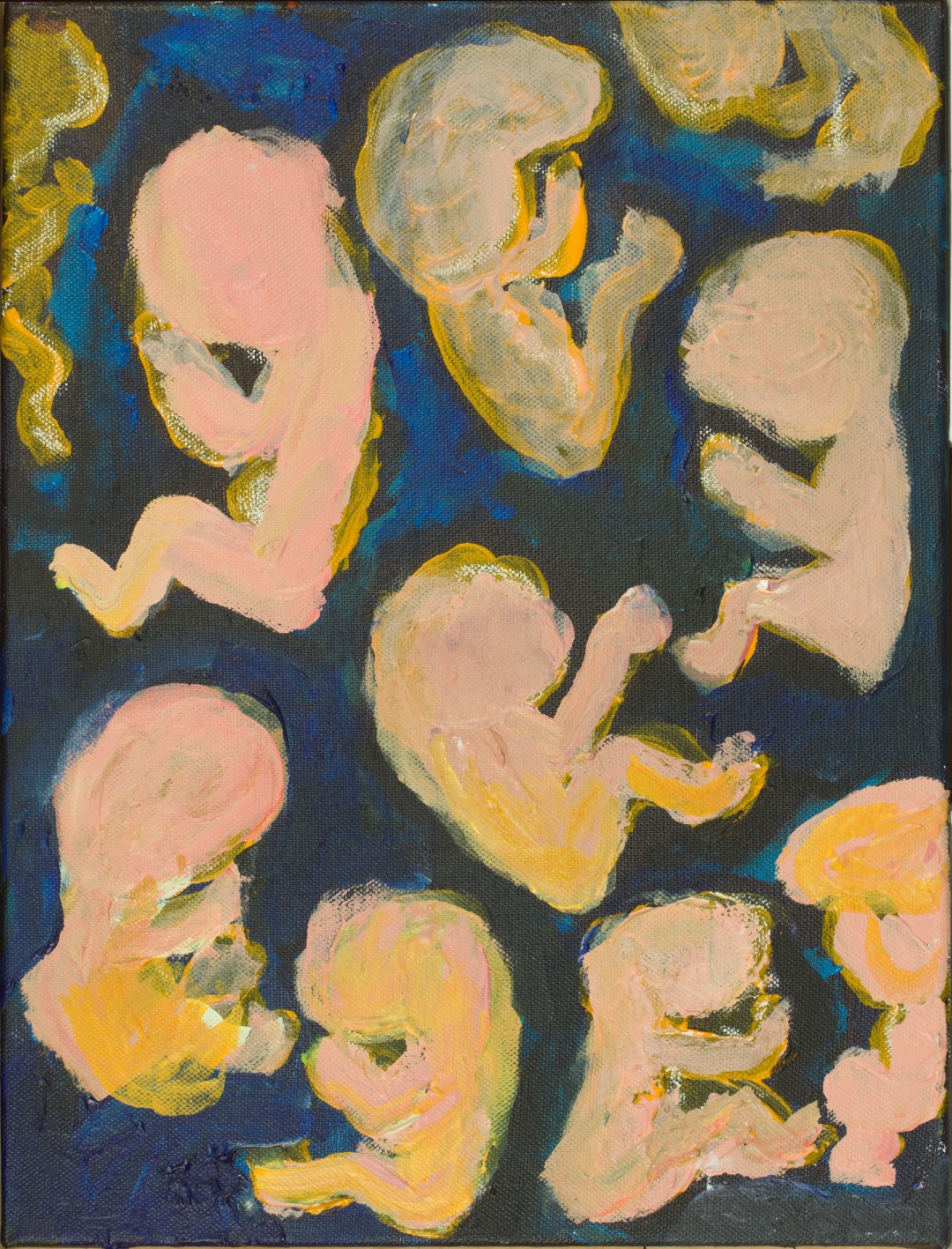 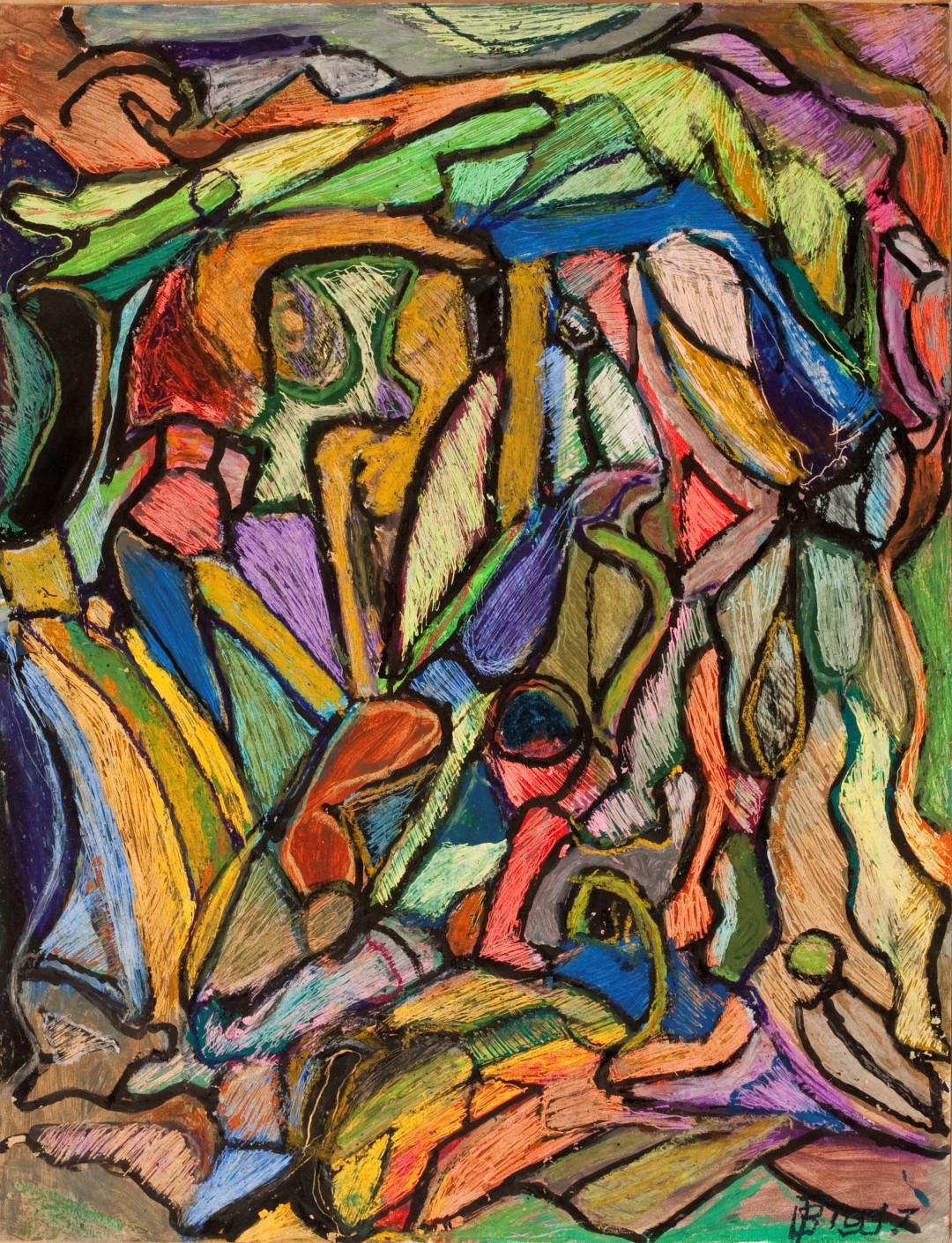 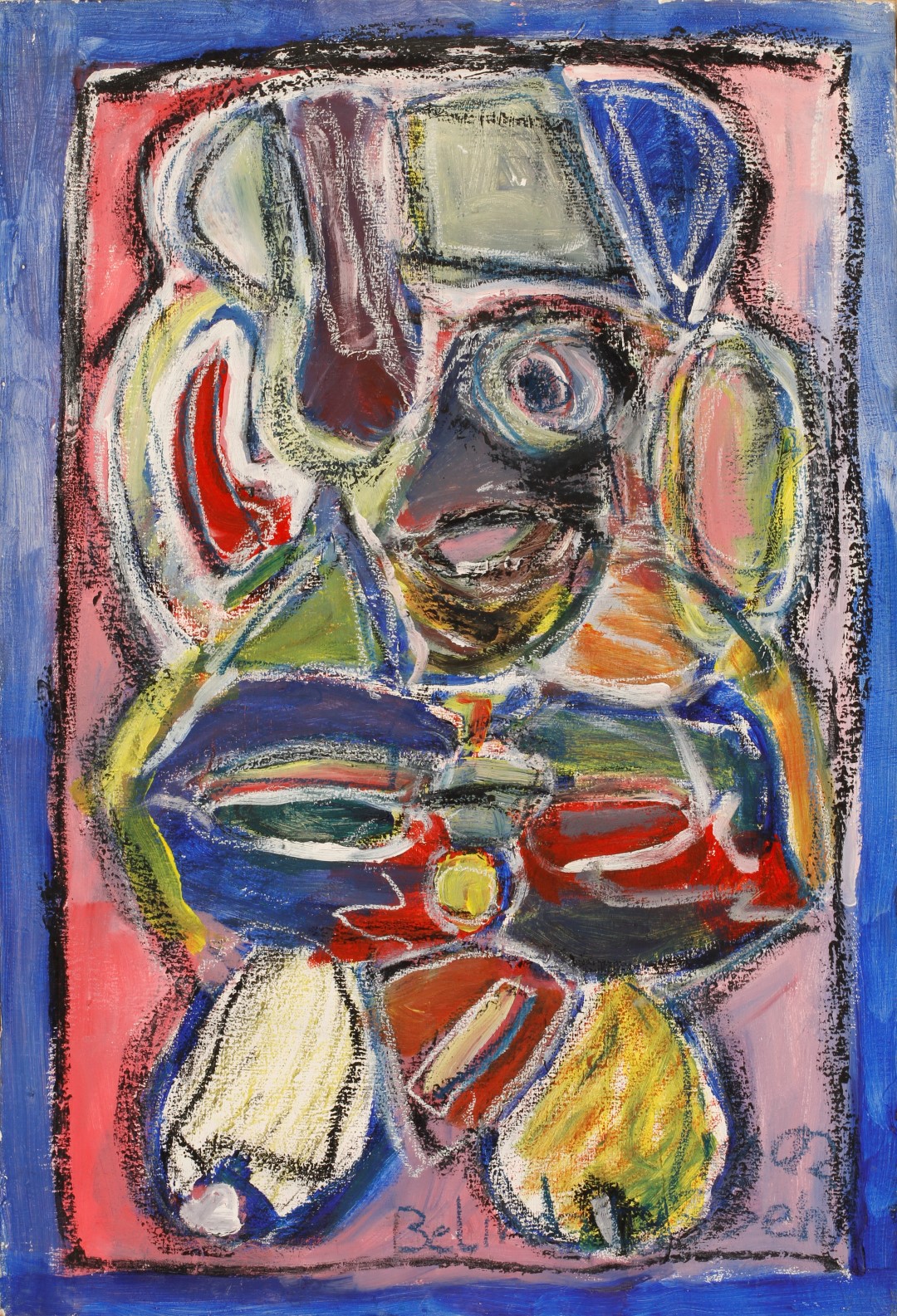 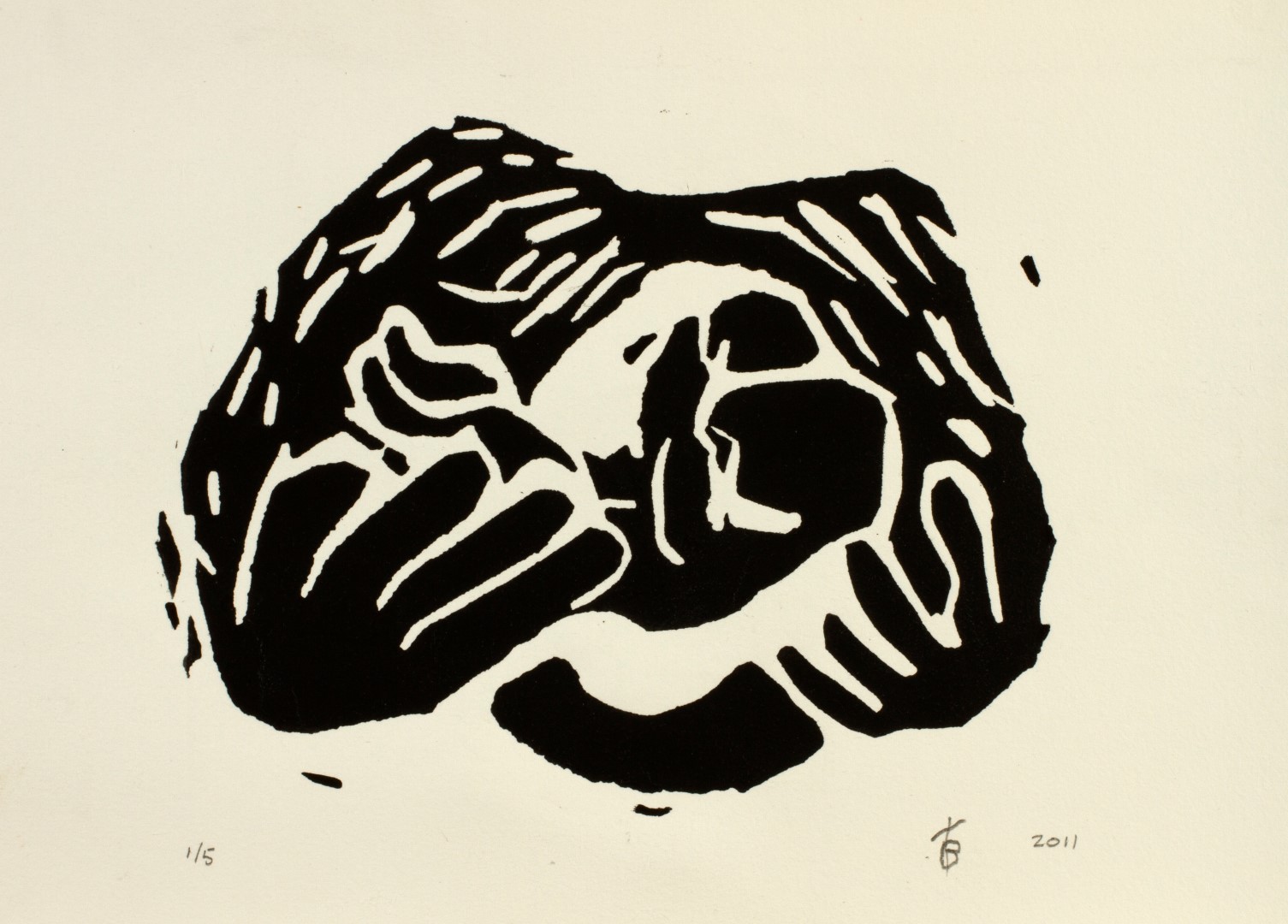 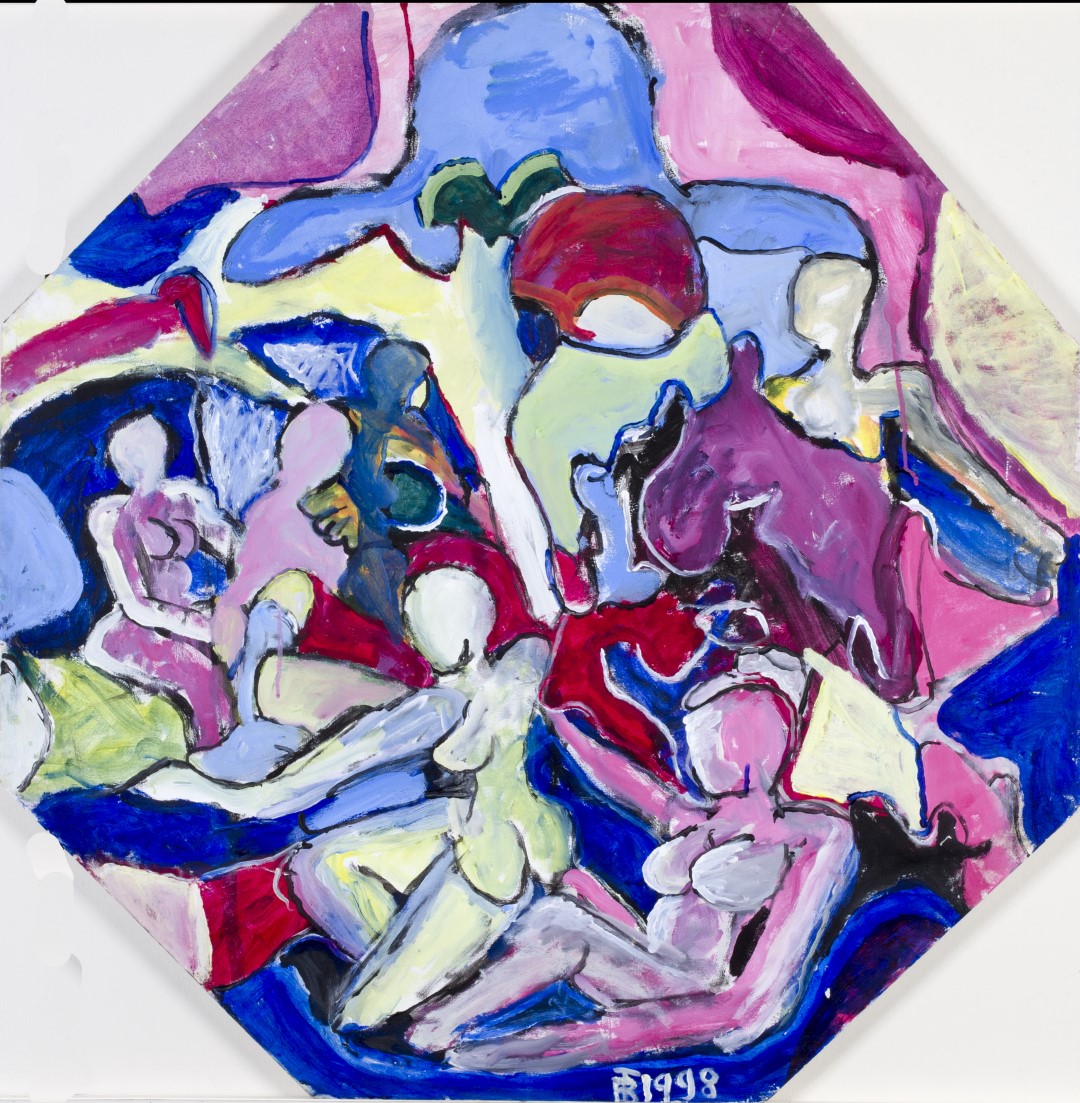