Having gazed intensively at the images in nude magazines, Ben brings his pen to paper and slowly but surely fills the page with drawings of these women. His manner of working is remarkable; starting a drawing in one corner slowly making his way to the other. Ben ignores all the laws and rules of composition, lines start and stop erratically.  In-between the figures he places apparently arbitrary texts and sex line telephone numbers.

When Ben started in 1994 he was desperately in search of subject matter. We introduced him to new techniques and materials, confronted him with art history and visited numerous galleries.

In 1995, during a working week in Zeeland, we worked on the theme of “the elements” (earth, air, water and fire). Ben really struggled to understand what we were trying to achieve with this. Ben was born with Down’s syndrome and deafness. Due to this he never learnt to talk properly which makes it very difficult to communicate with him. One evening, when everyone was watching TV, Ben found an old well-thumbed Playboy, he grabbed his sketch book and started drawing the women so that he could take them home with him. Since then, it is the only theme which fascinates him and which constantly recurs in his drawings and paintings.

Ben’s working methods have changed in the past few years. In the beginning, he cut pieces out of his drawings and stuck them on new paper, sometimes coloured in with pencil. Countless pages were attentively filled with his drawings. Later Ben also started painting in primary colours and directly out of the pot.

A keen fan of the Rotterdam football club Feyenoord, he often appears in the club’s football kit at work. During the holidays he visits amusement parks (such as Disney World, Movie World and the Efteling). He never misses the Dutch soap “Goede tijden slechte tijden” (“good times, bad times”) on the television. All these subjects regularly appear in Ben’s drawings.

2011  Down Here, Down Under, Gallery Herenplaats, Rotterdam

2002  “Folly Drawings”, history over the Outsider art by Frits Gronert 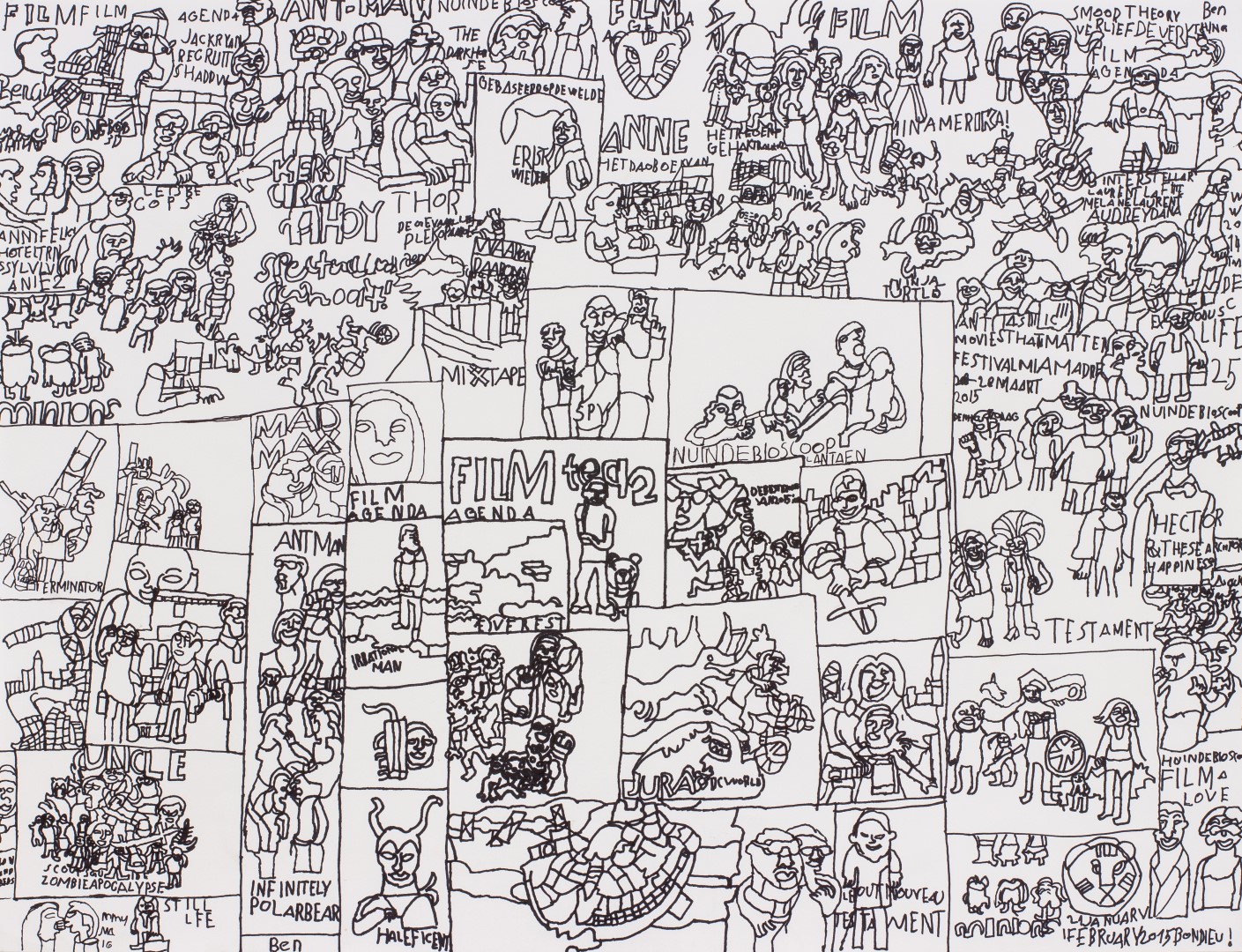 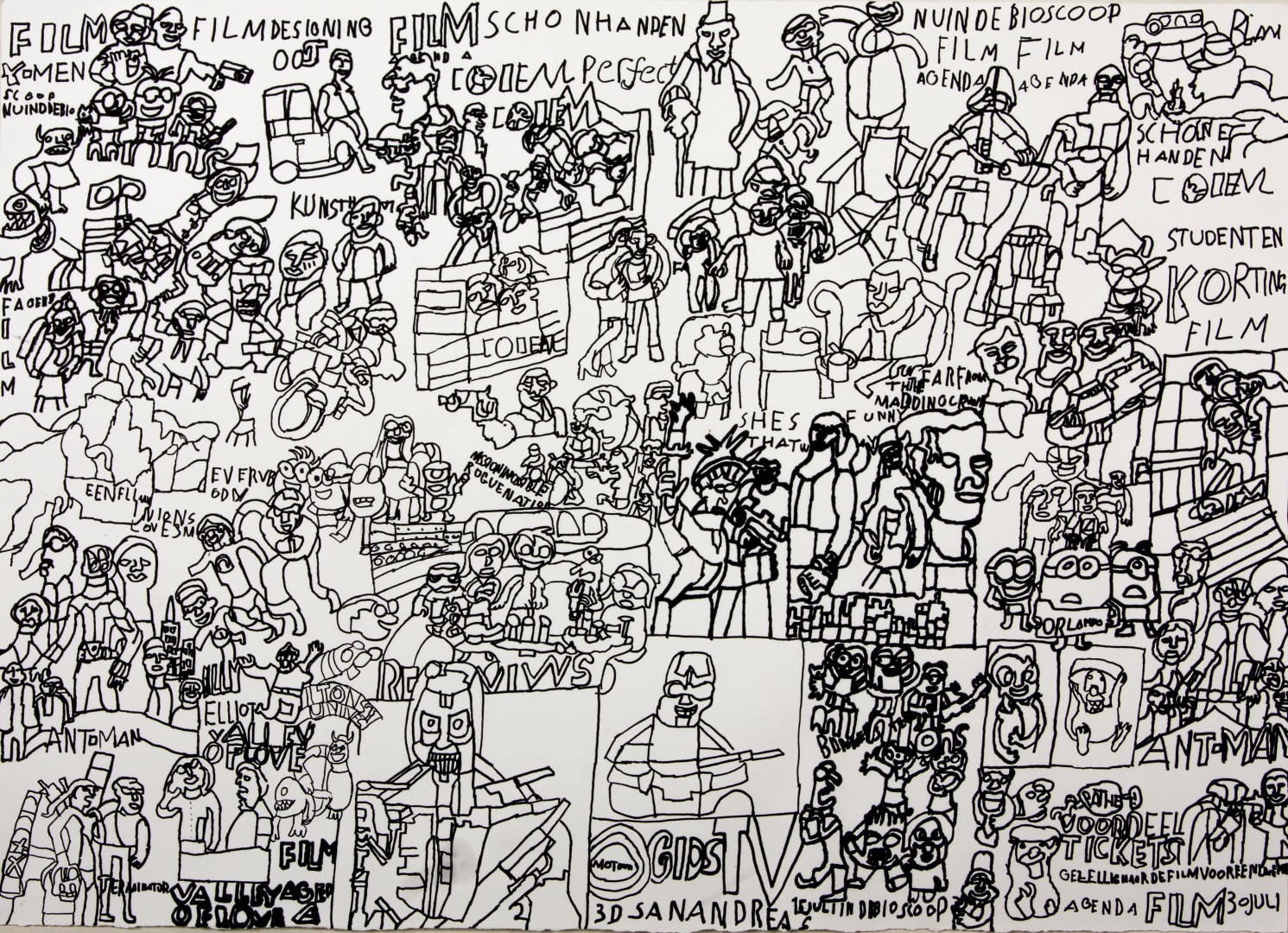 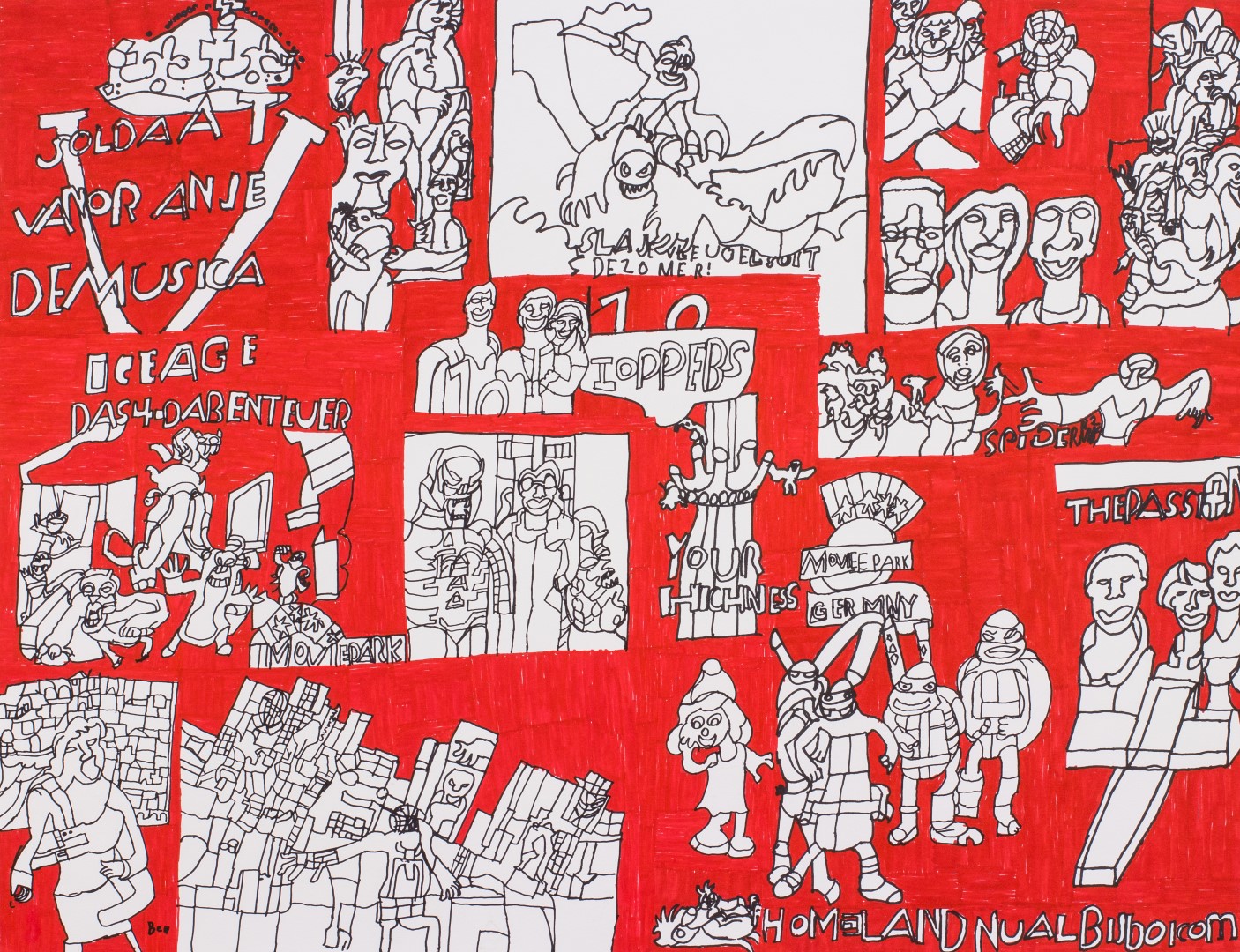 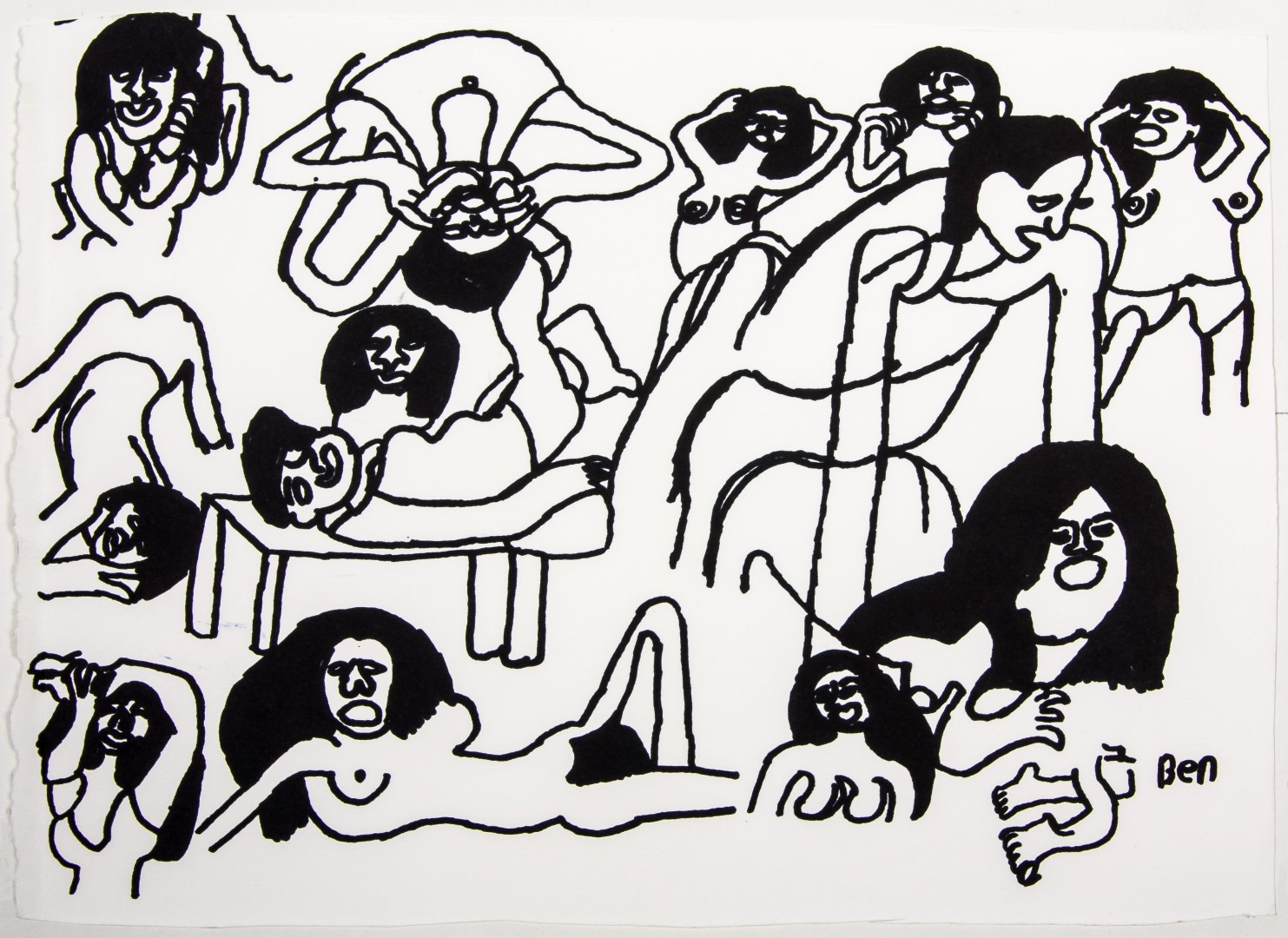