Coen Ringeling (1990) is always first to arrive at Atelier Herenplaats. Starting his daily routine with quickly pacing around the studio, often while listening to the funny sounds of a computer game. Then regaining focus through reading comic books in the arm chair while everyone arrives and settles behind their desks. Only then will Coen relax behind his own desk and start to work.  Coen needs these daily rituals. He has a dedicated meal for each day of the week and any changes need to be discussed and agreed to long in advance.

In the studio, he feels at home. He loses himself in his drawings of intricate cities, mysterious forests and endless oceans where strange creatures fly, swim or walk. Whether he makes fantasy stories in four drawings, like the story about the blowfish which was seperated into four parts:

“Part 1: One day a blowfish was irritated by a couple of fish

Part 3:  He blew himself up larger and larger untill he became a prickly ball.

Part 4:  After all the fish swam away frightened  he deflated and swam calmly away.”

Coen draws from his childhood. At school and at home, this was his favourite pastime. At home, he would stick eight A4 sheets together to form a whole. Lying on the ground, he drew with crayons worlds on islands that were connected by bridges and dikes with one another. The islands were named Coenny Kingdom, Mauve-Rock Kingdom, Mega Kingdom, Wick Less Kingdom, and Adventure Island Kingdom. Also great sounding places like Moefi Islands, Toy-Toy World, Coeny Worlds Studios, Sea Bikini Bottom Tropiania were meticulously drawn with a small pen and colored with colored pencil. Entirely according to the laws of Coen.

Scrutinizing the drawings, one sees more new elements and optical jokes, as in the work of Coens idol MC Escher (1898-1972). Stairs lead nowhere and houses turn into castles. Coen also likes to refer to computer games with made-up “levels” as Level 1: The Lost site, Level 2: The journey to the summit of Mount-Crumilu, Level 3: The frantic escape from the flying saucer, Level 4: Cyber City to the final Level 9. the advent of ultra-Robostein Powerfully ending with ” You build them! You Control them! You defeat them “.

His humorous drawings are populated by creatures who seem to have walked away from computer games. They are sometimes known, but figure in a totally different context. In one of his drawings is the place for Krobols: Mr. Hairball, Mr. Wiebe Lye, Mr. Vlop, Mr. Poedoe, Mr. Blow spine, Mr. Neuzzo and Mr. Creep. This is the world of Coen Ringeling. Through his intense style of drawing, his restless mind gets to focus and he is able to work for long periods of time and concentrate on his fantasy World. 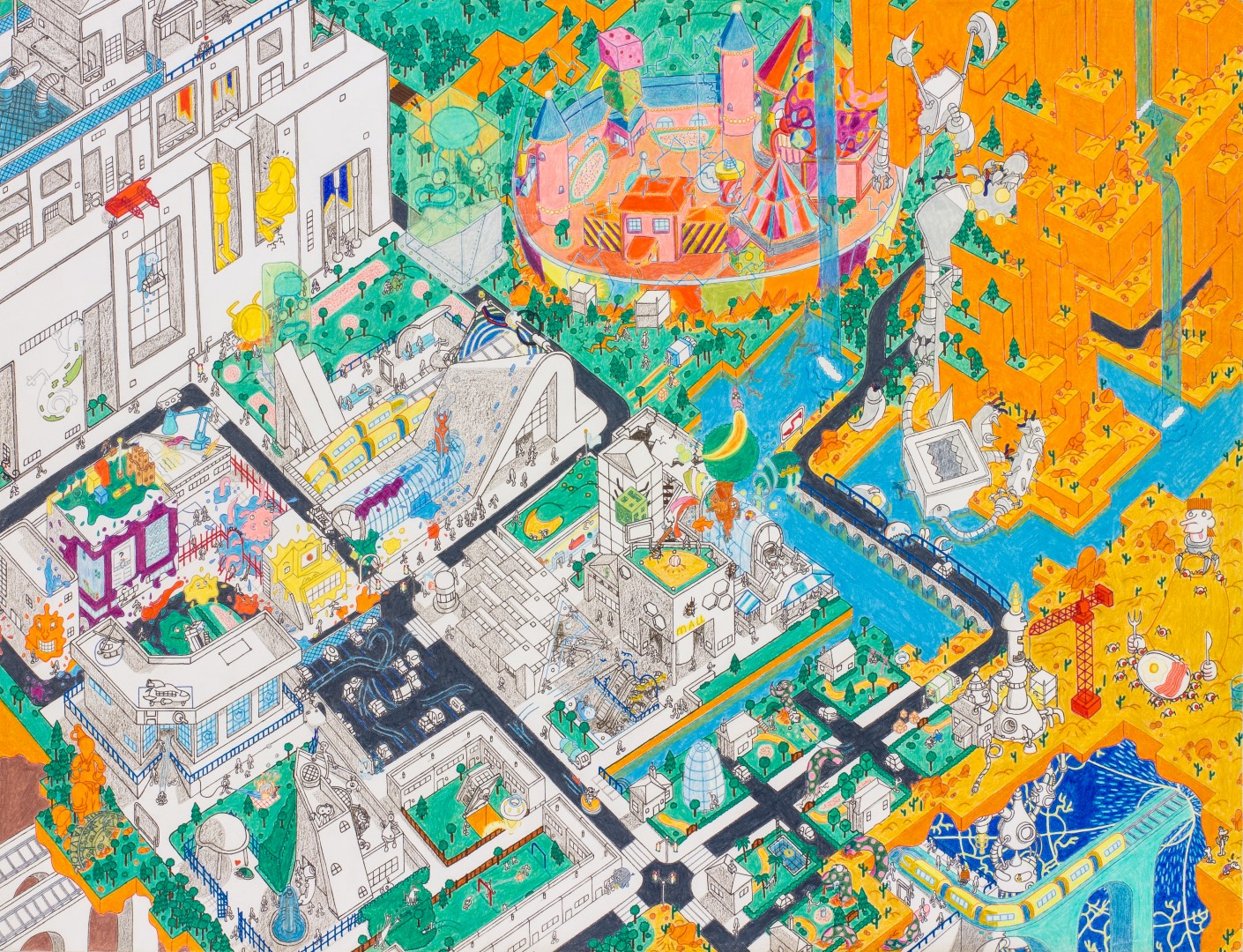 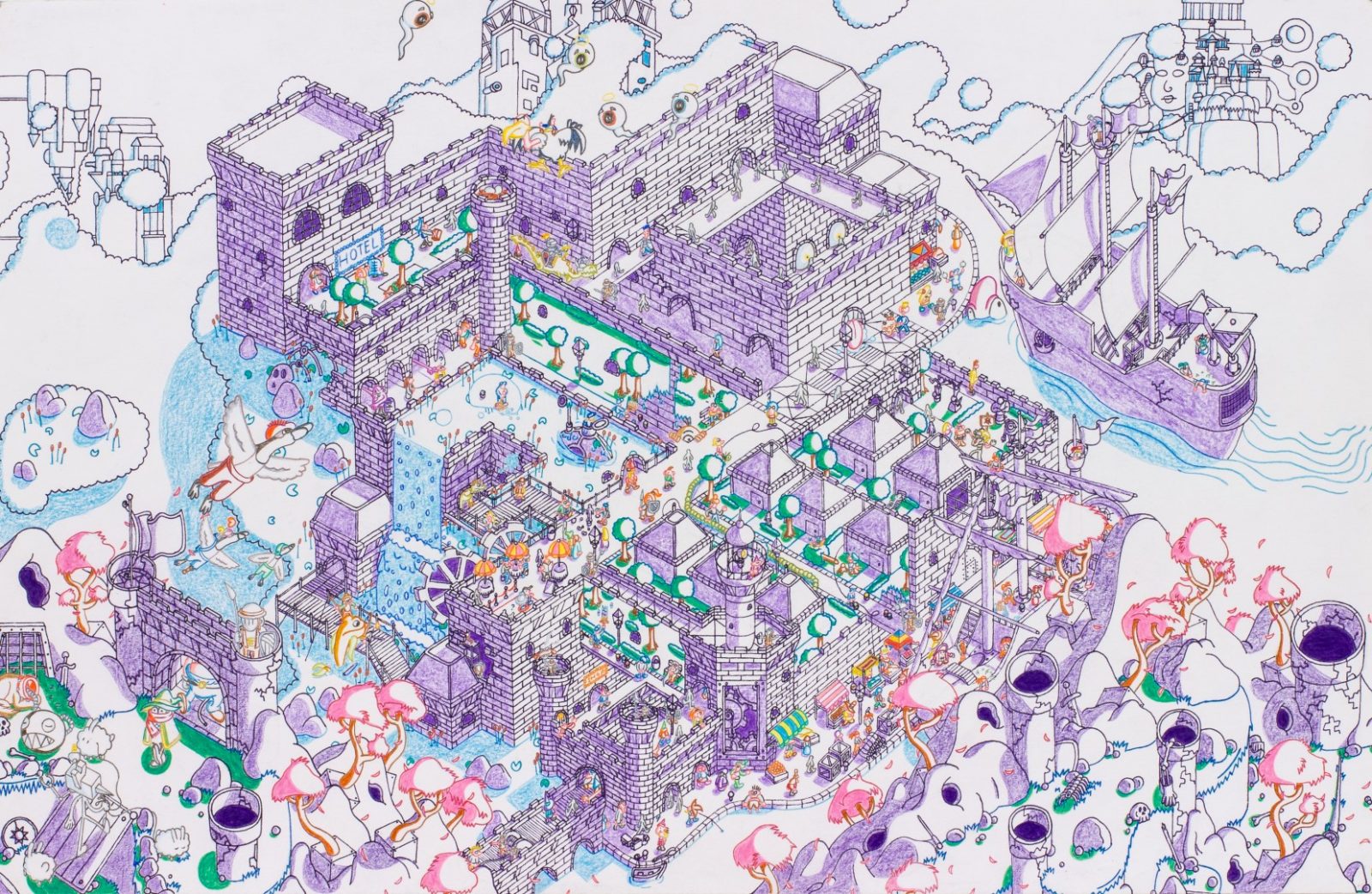 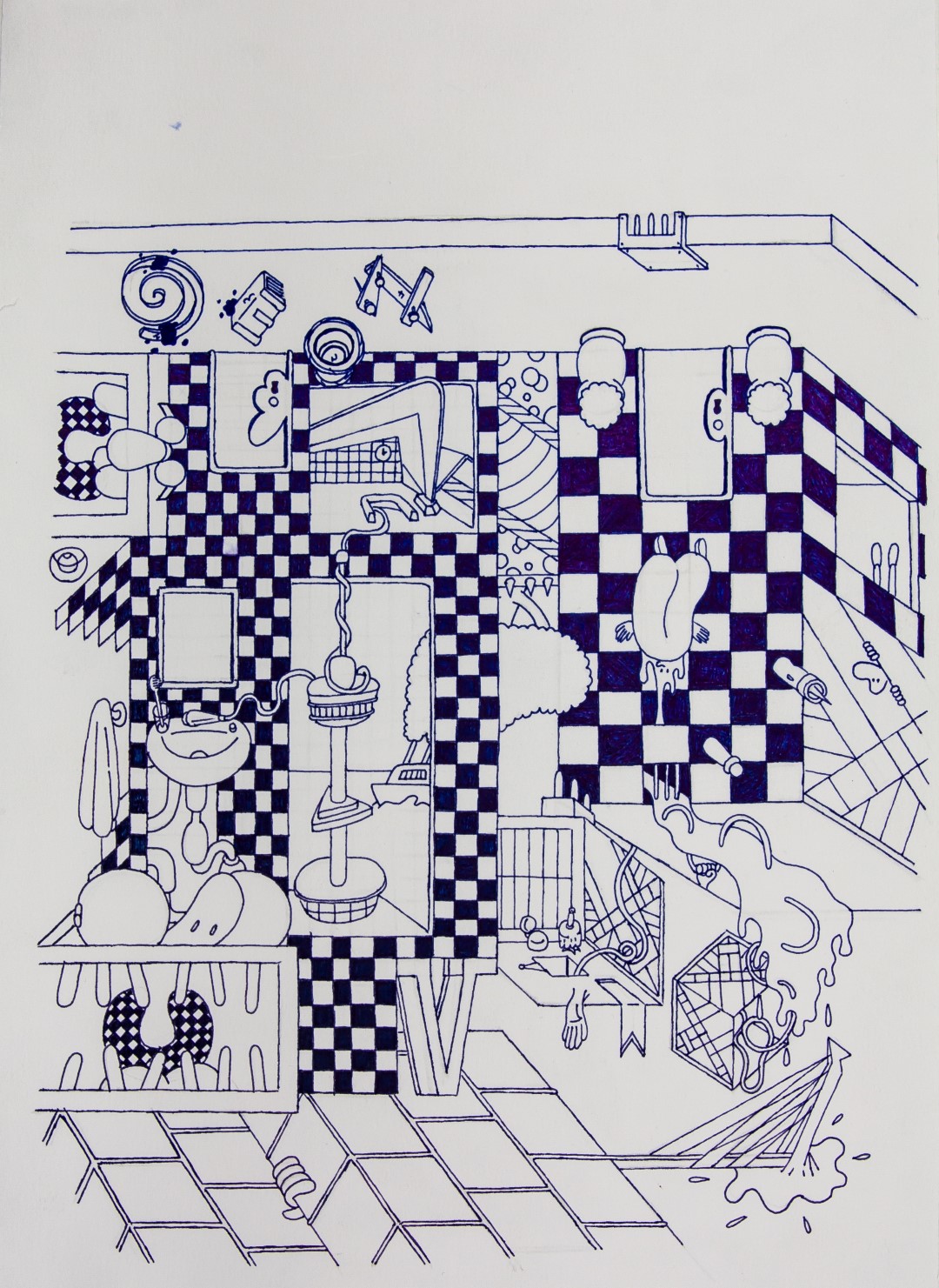 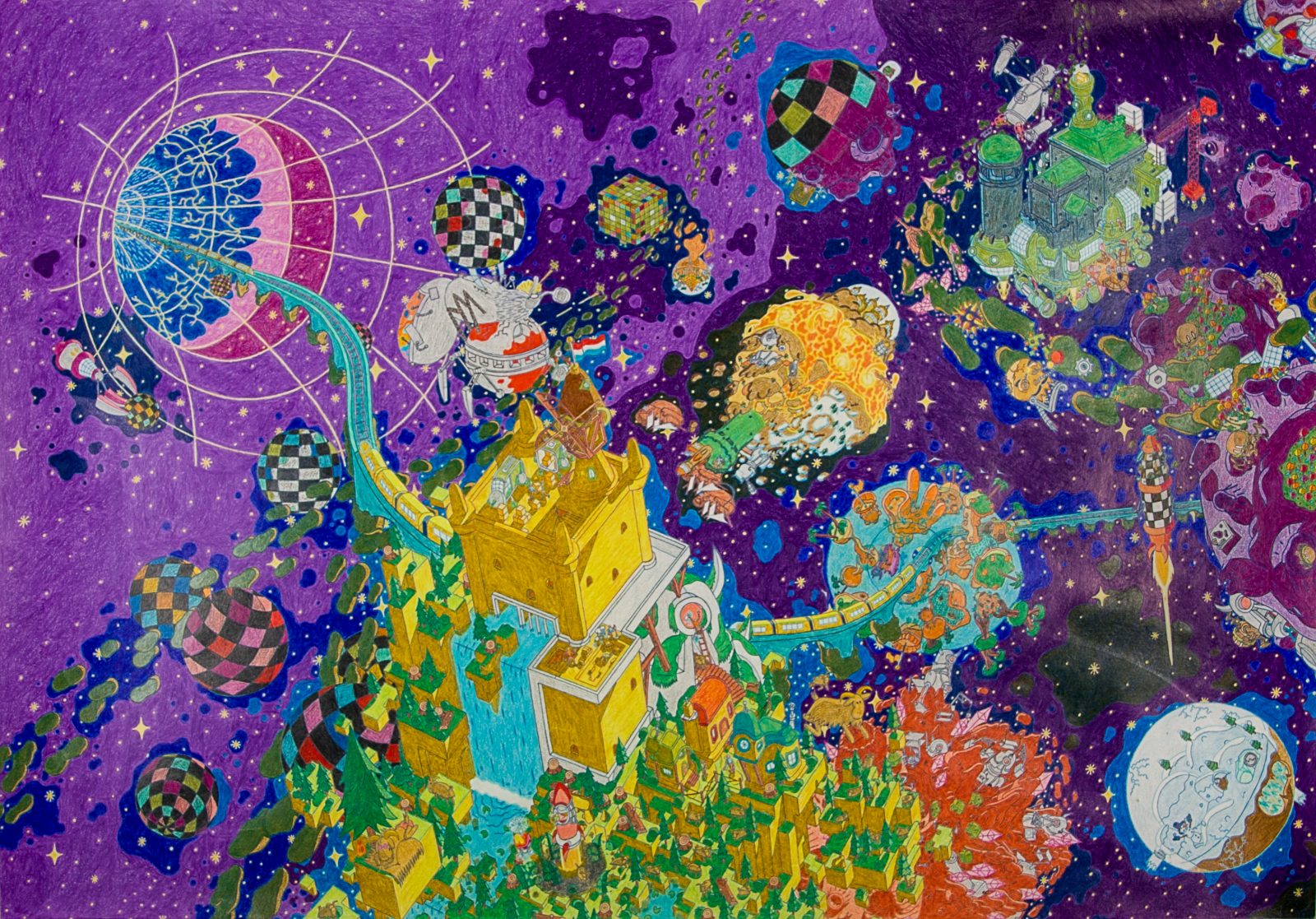 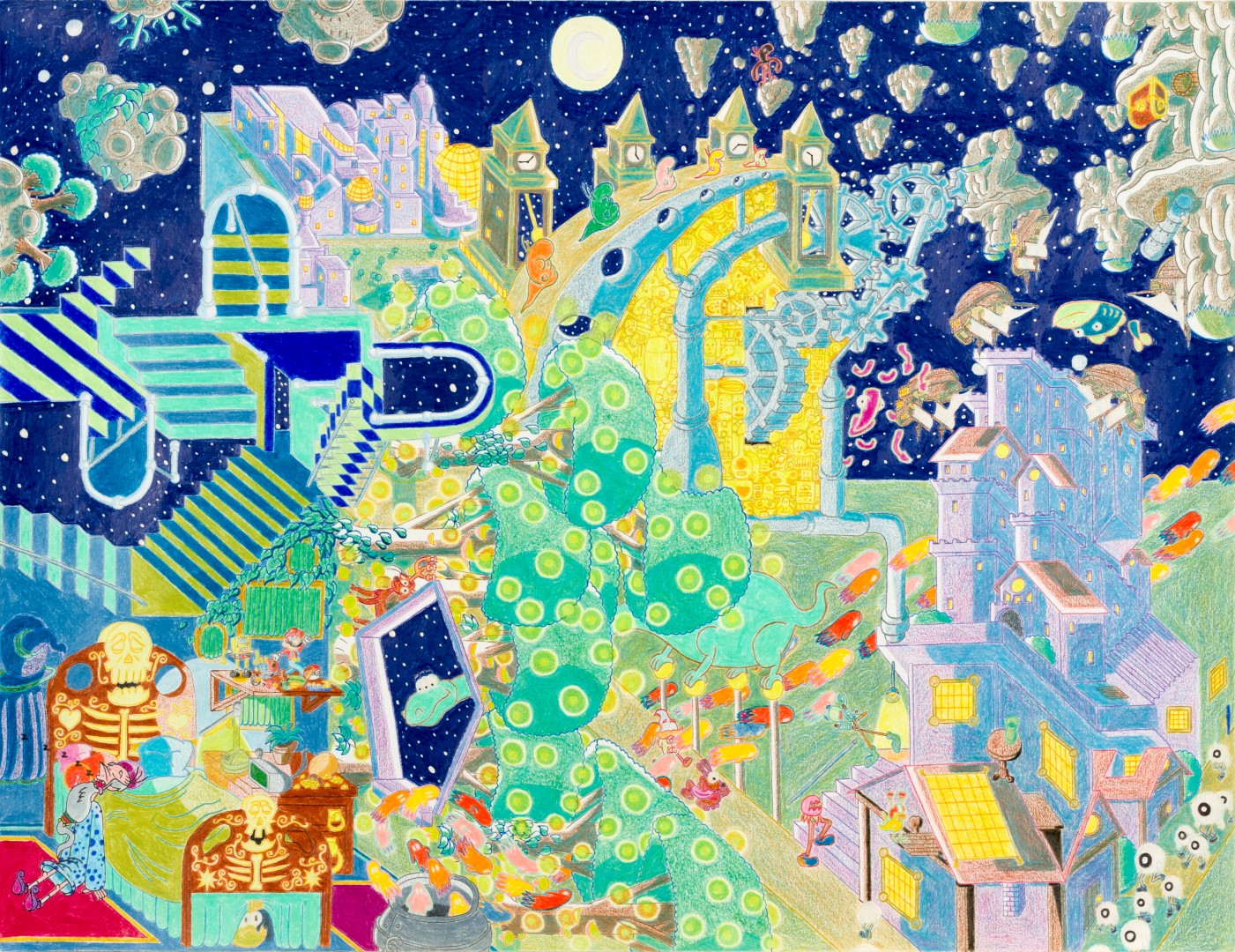