Johanneke was born in 1975 in Curaçao and was the youngest of three children. Her father was sent there by the Dutch Reformed Free Church to work in the Antillean community. Soon after Johanneke’s birth, it became evident that she had Down’s syndrome. What was especially worrying was that her heart functioned badly. Because the necessary medical care was not available on the island, nine months after Johanneke’s birth, the family moved back to the Netherlands.

In the Netherlands her father became a minister in Bruchterveld (the parish of Hardenberg) and worked there for 10 years. Johanneke went to the normal infant school and later to a ZMLK school (for children with extreme learning difficulties) in Ommen. In 1987, her father acquired his own parish in Rotterdam Delfshaven. The Van Nus family settled in Rotterdam where Johanneke also attended a ZMLK school. It was here that Johanneke first came into contact with large pieces of paper and paint: a new world opened up for her. Initially she painted primitive houses with pointed roofs against a red background: the village of Bruchterveld. Her brother Jan Willem was extremely enthusiastic about her special paintings and exhibited her work in his student flat.

Johanneke’s future was particularly unsure and because of this, she stayed at school. However, when she reached 20 years, she was no longer able to remain there. Her parents therefore looked for an appropriate daily occupation. Via the Foundation PameijerKeerkring’s orientation group, Johanneke ended up at the Atelier Herenplaats. After a talk and a guided tour, she decided to do a work placement here. It was on 1 May 1995 that the further development of her artistic activities began.

In the beginning, Johanneke painted maze-like forms. She seemed to be searching for the right forms and colours. After a working week in Drenthe, she painted a large number of monoliths. For the first time she used round forms. Shortly after her monolith series, Johanneke, who reads her bible daily, decided to paint scenes from the bible. She started at the beginning: the story of the Creation. Earth, air and water, fishes, birds and mammals populated her paper. And later it was Adam and Eva, the first human beings, who Johanneke portrayed. Subsequently she painted biblical themes which correspond with the religious calendar (Christmas, Easter).

Johanneke is still painting about the bible. The world of paint seems to enable her to give form to her religious feelings, deriving from her family background, in paintings and drawings. In this she shares her source of inspiration with many others, as is apparent from illustrations in books about folk art in Poland and Russia, with which Johanneke’s work shows strong affinities. She herself says that it is the strength received from God which enables her to draw. Her paintings are thus holy for her.

She rapidly obtained ecclesiastical clients such as the Old Catholic Church. This church gave Johanneke the assignment of extending an existing series of three paintings on the theme of “Easter” to twelve paintings, which together tell of the Passion of Christ. Johanneke, child of the reformation, worked hard at her catholic “Stations of the Cross”. Six months later, Johanneke had depicted the story from the journey to Jerusalem to the crucifixion of Jesus. Every painting has its own atmosphere but the twelve together form a close unity. According to her parents, Johanneke thinks deeply about these things and she is very observant. All the scenes are accurate, for example in the painting depicting the denial of Peter even the cockerel is included. Another example is the painting “Ascension of the Lord Jesus” where she depicts Jesus who shoots through the clouds like a rocket. What her father tells from the pulpit in words, Johanneke conjures up in her own unique language of images in paint, pencil, lino and etching.

2011  “Down Here Down Under”, Gallery Herenplaats, Rotterdam 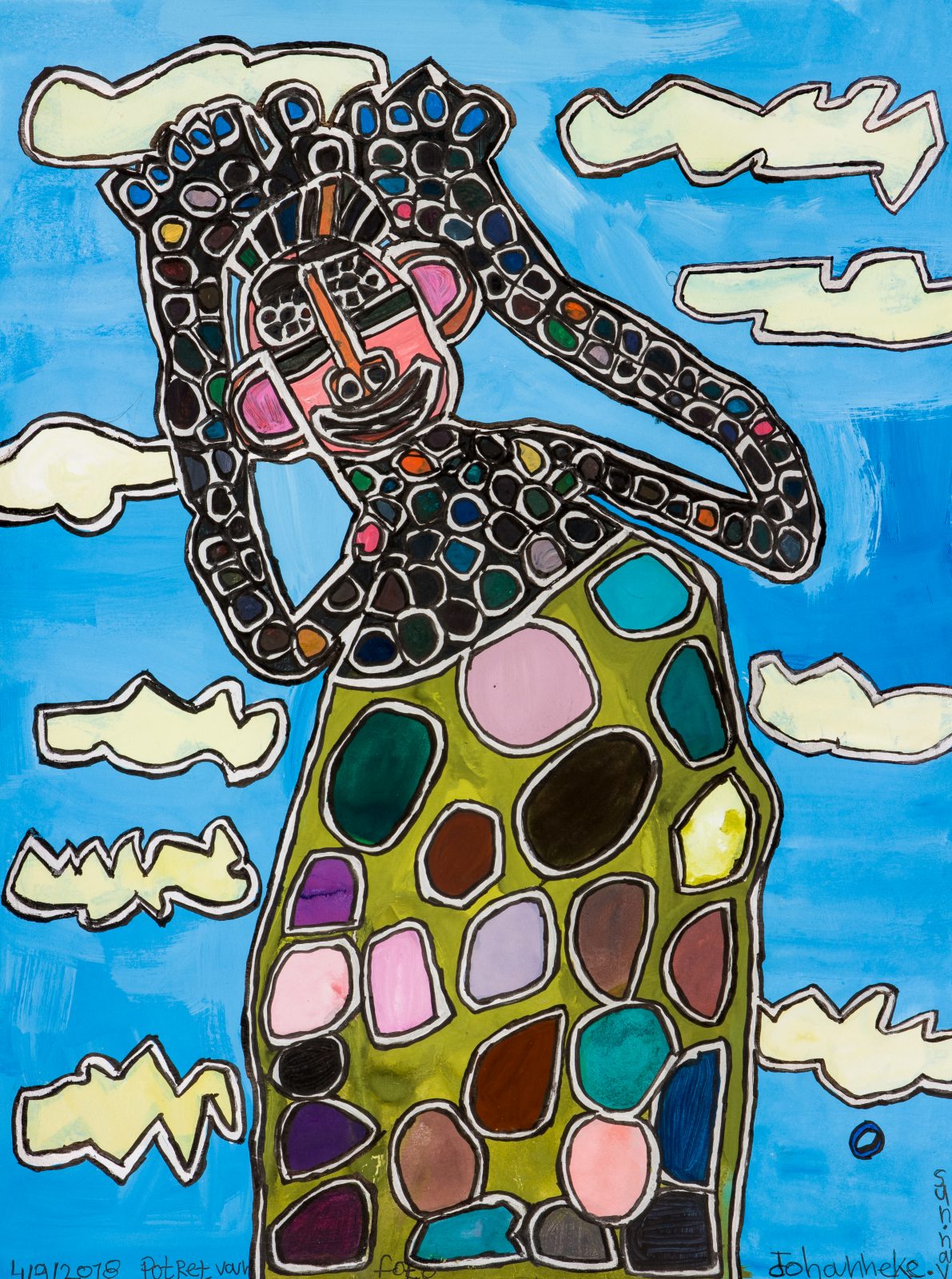 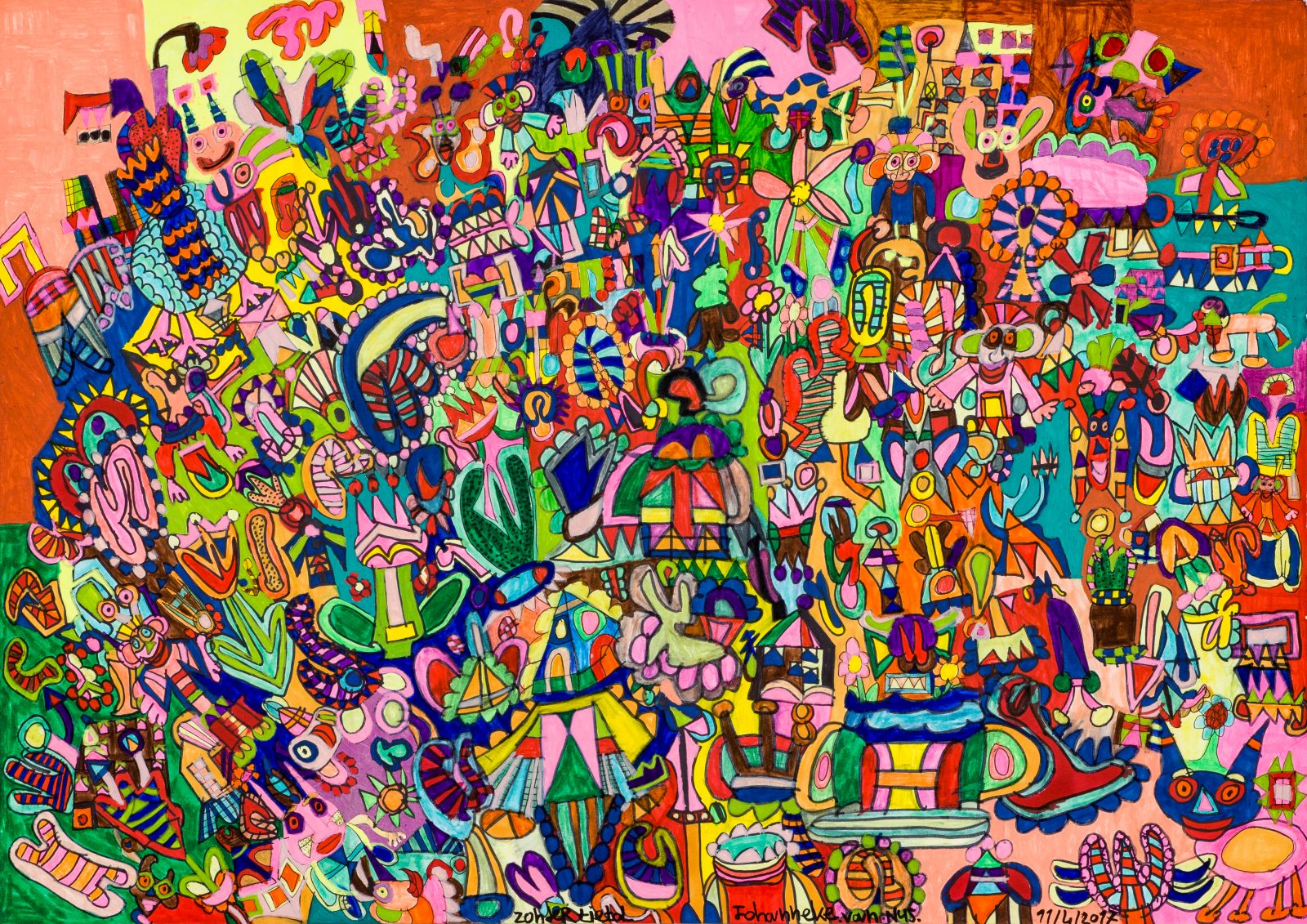 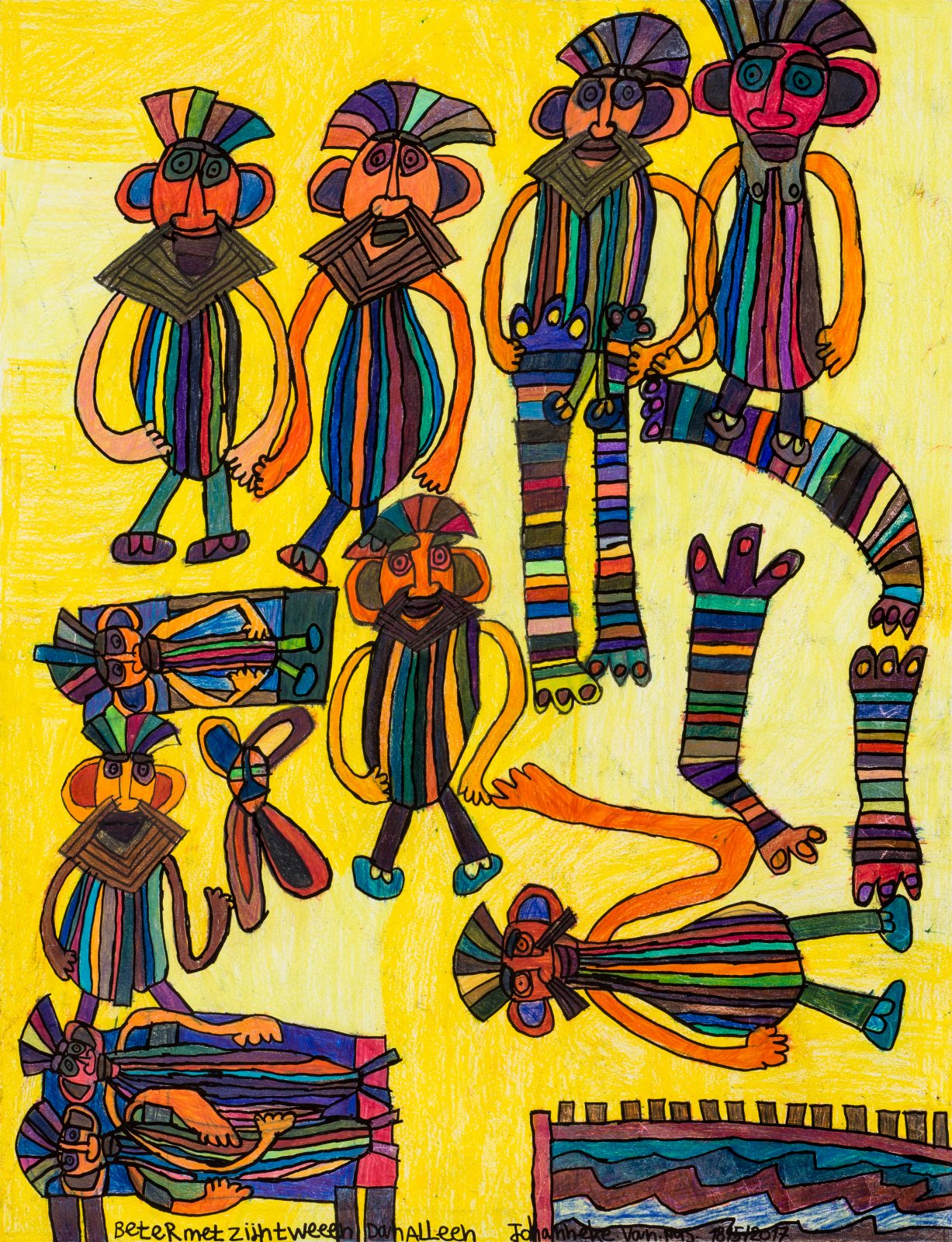 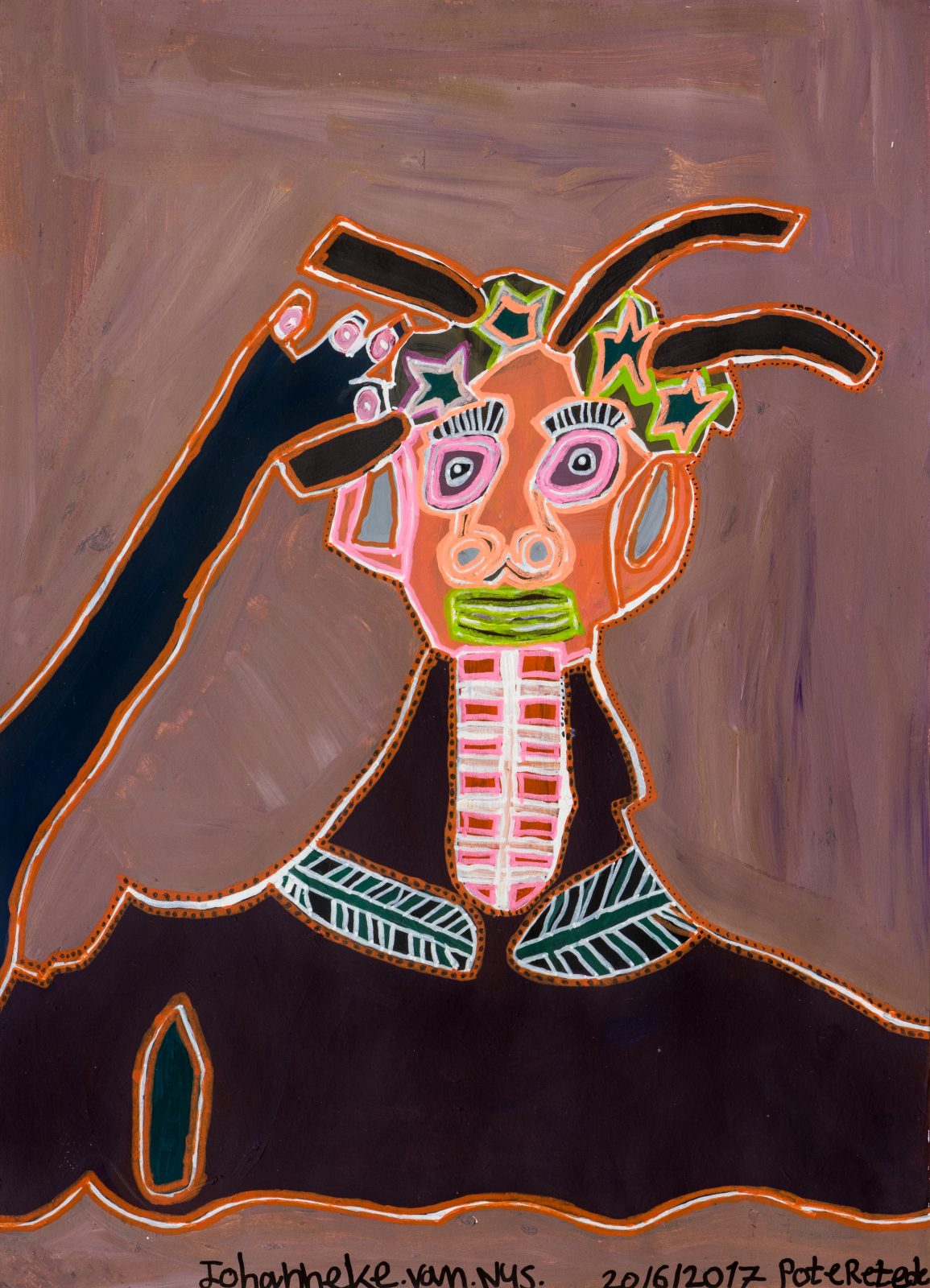