Wouter’s first contact with Herenplaats was in 2002, through an internship organized by activity centre ‘De Rotonde’ in Gouda. He liked the work very much, but did not feel at home with the colleagues. Wouter had been seriously injured in an accident at a younger age and has been using a wheelchair ever since. After that period with the Herenplaats he chose for the activity centre ‘De Nieuwe Schalm’ which specializes in activities for persons with a physical disability.

However, in the summer of 2003 Wouter applied for a second trial at Herenplaats, since he decided to become a serious artist. He now works as a permanent member of our artists collective. Wouter works both on model drawings, which he does once a week at the SKVR, and on his autonomous work. He often uses his model drawings as basis for his autonomous work. He keeps his cherished drawings, in which he’d captured a nude body, in his drawer at Herenplaats. These female nudes reappear in many of the paintings he makes here.
Wouter also works with collage, copying images from magazines and gluing parts of them on paper. He then colours them with various media. He is still experimenting in order to find his own style and signature and in the process allows himself as much freedom as possible. This process is a fundamental part of his work.

The longing for a beautiful sexy woman occupies his daily life and is also obvious in his work. This also shows in his tactile and warm colour palette of reds, pinks and ochres. Wouter’s themes revolve around love, heartache, death and eroticism.
he takes a course in model drawing. The drawings often form the basis for his work at the atelier. Wouter sometimes paints the nudes he’s drawn on canvas. His boundless sense of humour is evident in his combination of paper cutouts added to the painting, creating a quirky combination. 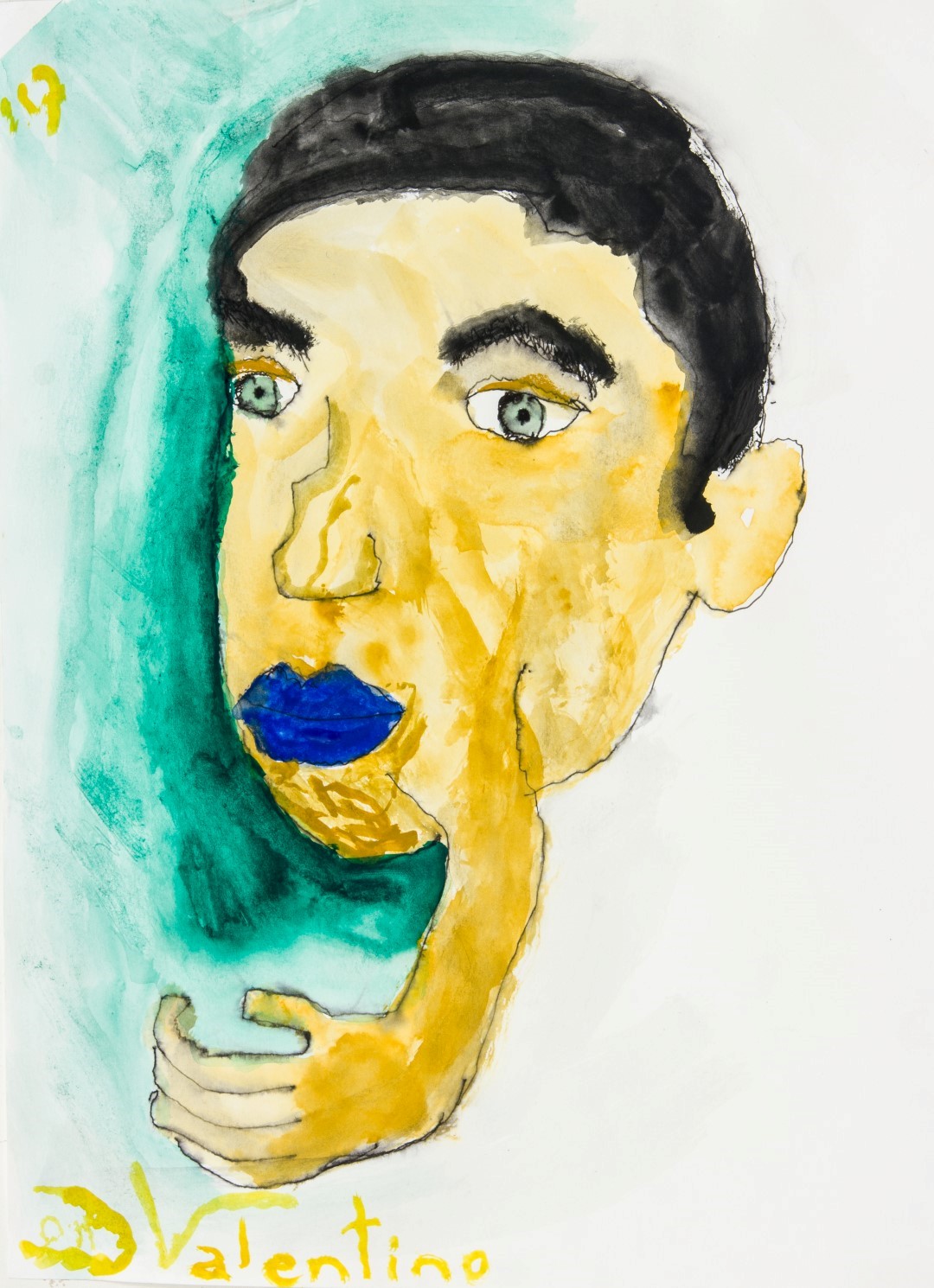 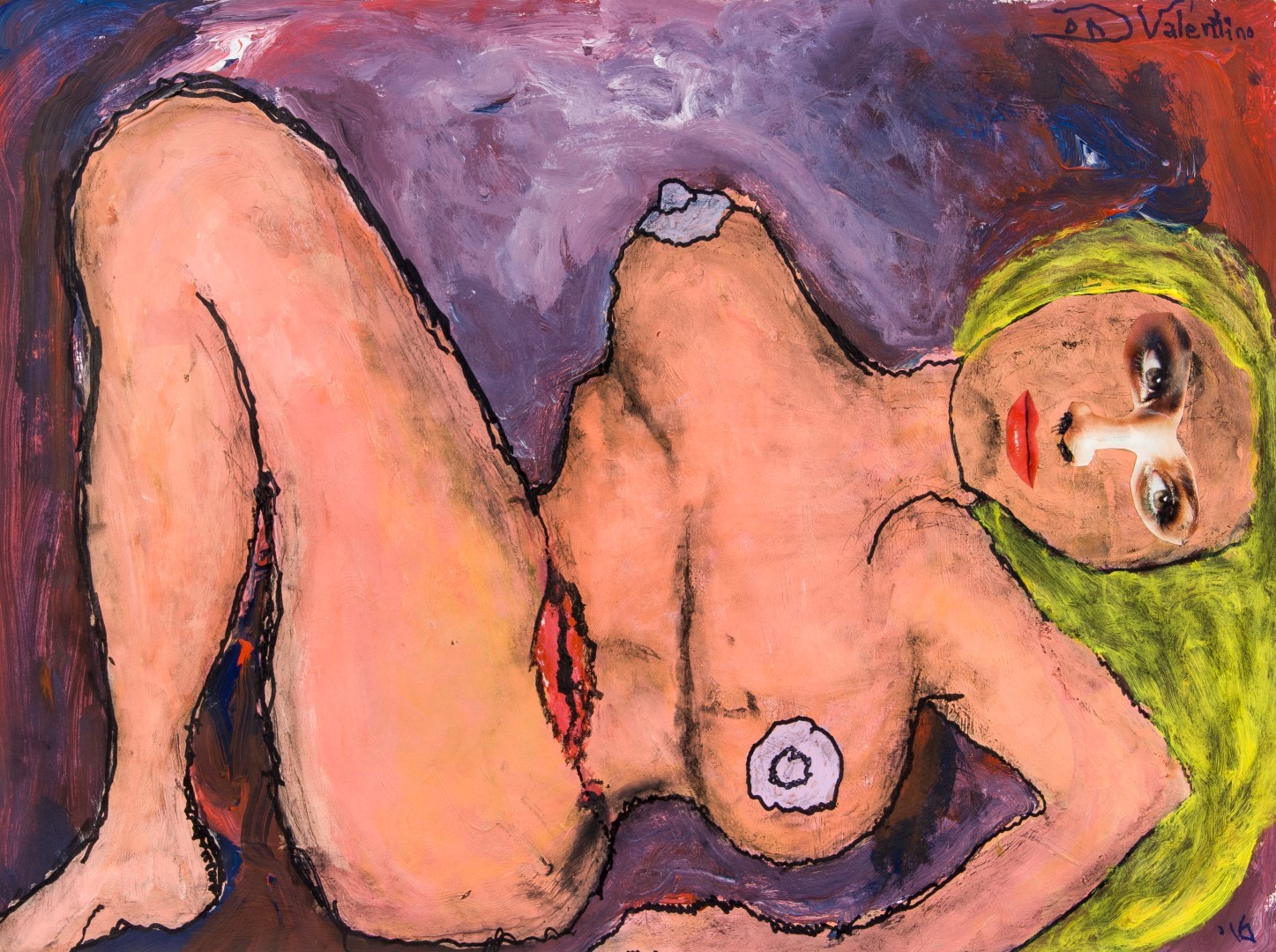 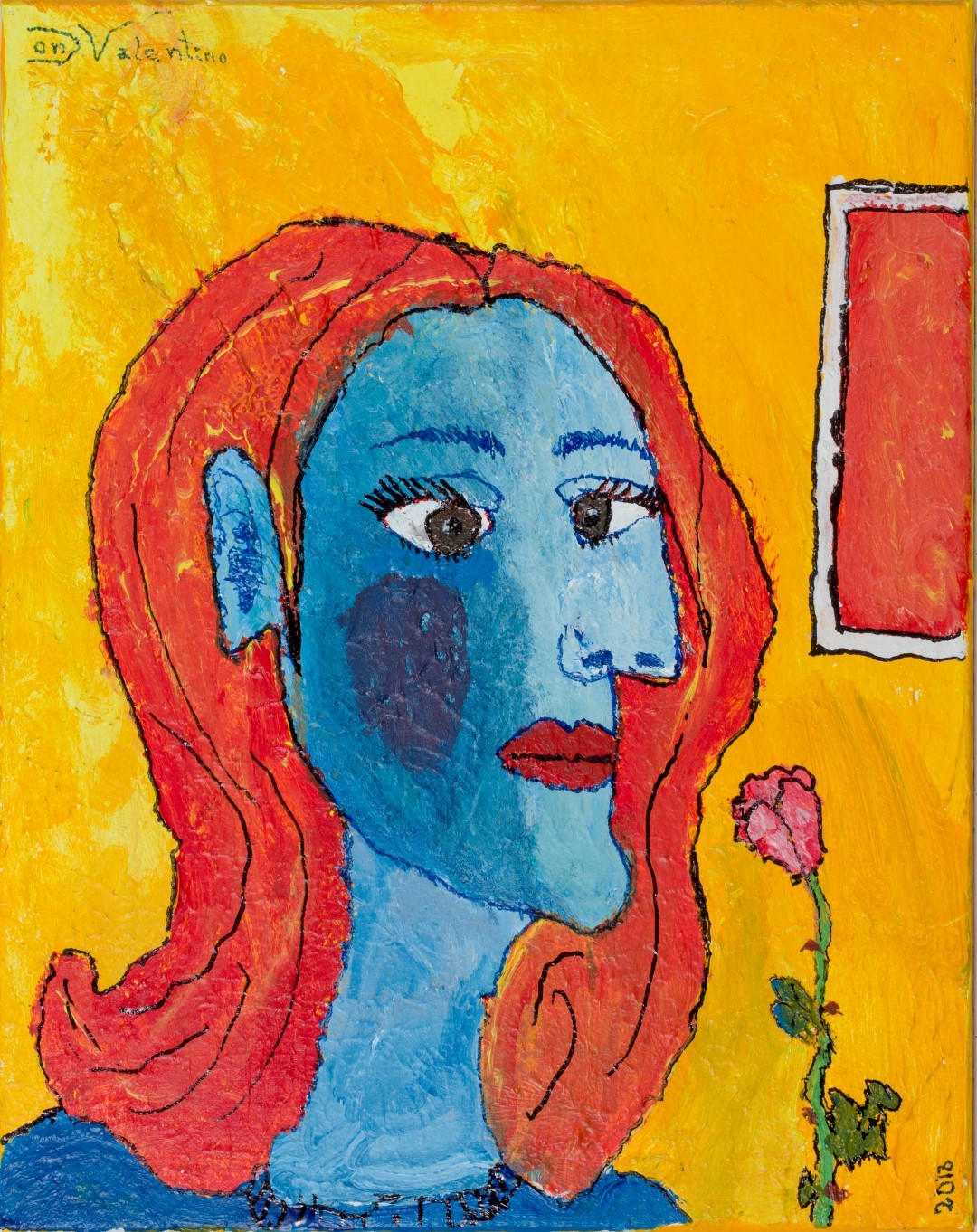 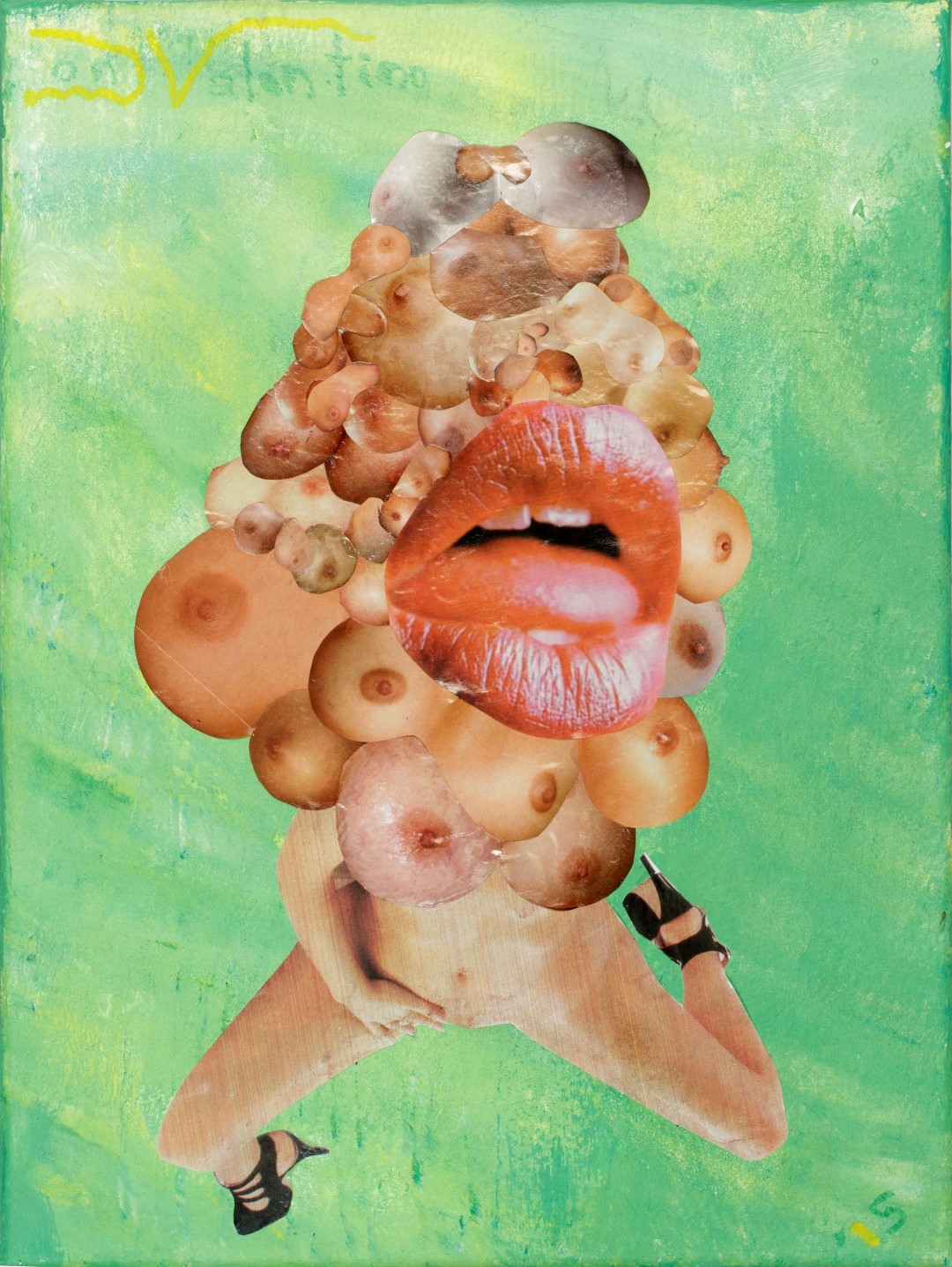 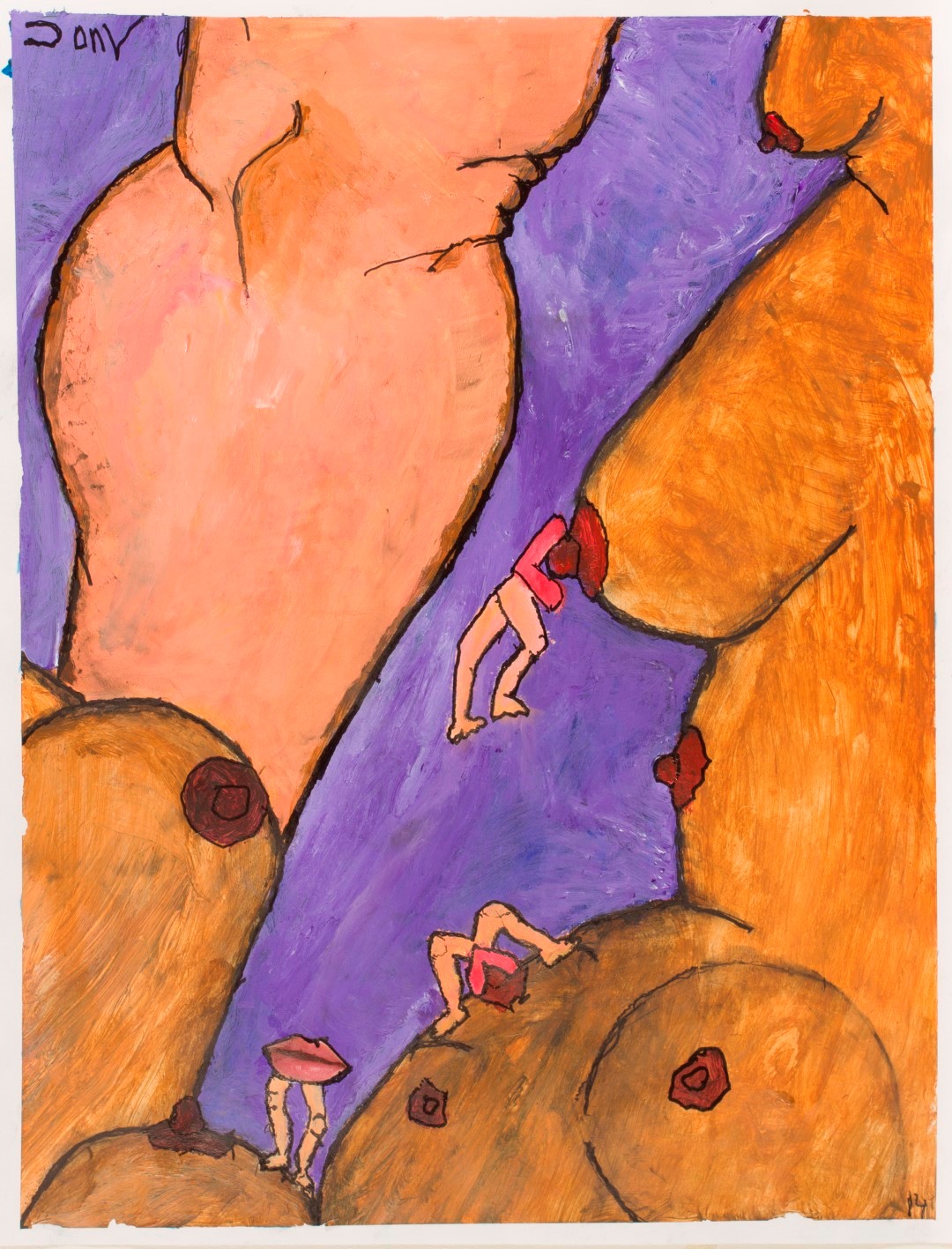